A privately held company, Galp Energia is Portugal’s only oil and natural gas integrated operator with activities that extend from exploration and production to oil product refining and marketing, natural gas marketing and sales, and power generation.

Present in 13 countries, from Brazil to Spain, Mozambique and Uruguay, the company employs a workforce of some 7380 individuals. 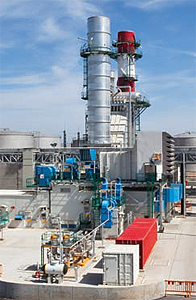 An energy company with diversified activities all over the world, Galp Energia’s upstream presence is centered on the resourceripe South Atlantic area, including Brazil’s Santos basin and offshore of Angola. With its downstream activities based in Iberia, it was confirmed at the end of 2011, by DeGolyer and MacNaughton, that the company possessed combined reserves and contingent resources of approximately 3235 million barrels of oil equivalent and unrisked exploration resources totalling 2821 million barrels.

In the refining and marketing business segment the company integrates several components of the oil value chain, from procurement of crude oil to the marketing of the products to the end user. Meanwhile, in the power business, the company has broadened its presence through the construction of new cogeneration plants at its Sines and Matosinhos refineries. Upon the completion of the latter plant, scheduled to be achieved in late 2012, Galp Energia’s installed capacity in this field will be 245 megawatts.

“In recent years the company has undergone an ambitious programme that has helped profoundly transform its profile,” states Manuel Ferreira De Oliveira, Galp Energia’s chief executive officer. “From what was an Iberian based refining and distribution operator, the company has become an integrated organisation with a presence throughout the whole of the oil and natural gas value chain. This transformation has helped lay the solid foundations that will ensure its competitive and sustainable growth throughout the current decade.

“One of the major aspects that continues to contribute to the company’s long-term success is its focus on delivery. Galp Energia’s strategy is clear with its management strongly committed to rigorous delivery against its operating and financial targets. In this context, the company’s strengths are its strong financial position, its efficient and quality-based downstream operations and the exploration potential of its upstream concessions in Brazil, Angola and Mozambique.”

In 2008, Galp Energia began a large-scale upgrade programme involving its two refineries in response to the growing demand for diesel in Europe, which prompted it to reconfigure its refining system and adapt it to meet new demand trends. The year 2011 marked the completion of this work on the Matosinhos refinery, while Sines entered the final stages of its own programme.

“At its core, the purpose of this work is to increase the production of diesel by reducing that of fuel oil, which itself has a lower market value,” Manuel continues. “At the same time the upgrade project has also allowed the company to take advantage of the difference between the price of light and heavy crude, as it will be able to process the latter in larger quantities upon completion of the programme.

“Against a backdrop of excess refining capacity in Europe, upgrading these two refineries to a higher level of complexity is a decisive factor in their competitiveness. Upon completion of the upgrade programme, Galp Energia’s refining system will be fully integrated, reliable, robust and complex. When new units at the Sines refinery open the company expects a positive effect on its refining margin from the increase in the refineries’ utilisation rate, the amount of medium and heavy crude processed and middle distillates produced, specifically diesel.”

One particular area of growing interest for the business is Brazil, where Galp Energia participates in 15 offshore and five onshore projects in conjunction with its partner, Petrobras. With its stakes in these ranging from between ten and 50 per cent, prominent examples include the company’s high profile participations in four blocks in the Santos Basin pre-salt fields, BM-S-11, 8, 21 and 24. 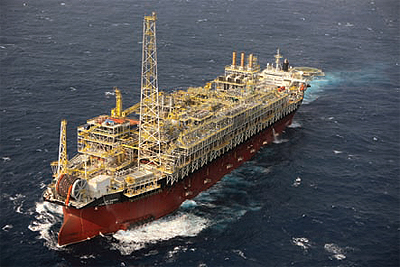 As of 2011, Galp Energia boasted an average working interest of 20,800 barrels of oil equivalent per day, benefiting from the continuous growth on Brazilian production. In the years ahead this increasing trend is expected to be reinforced further with the expansion of development and production in numerous areas, for instance the Lula and Iracema developments.

“Of the countless recent undertakings involving the company, the most important is arguably the capital increase it has made in its Brazilian exploration and production subsidiary, Petrogal Brazil,” Manuel explains. “This increase, completed within an extremely challenging financial environment, allowed for a cash-in of approximately $5.2 billion, with the company Sinopec now holding a 30 per cent equity stake in Petrogal Brazil. This new partnership, which involves a prestigious global organisation, will only help in contributing to the sustained growth of Galp Energia’s exploration and production activities.

“Meanwhile, 2011 was also noteworthy for the development of the Lula project. The strides made by the company here meant that by the beginning of 2012 it had three producing wells, the operations from which accounted for almost 20 per cent of the company’s total global production. This project in itself will be a determining factor in Galp Energia’s ability to solidify its position as a leading oil and natural gas producer.”

Elsewhere, in Mozambique to be exact, the company is today reaping the benefits of the natural gas discoveries in the country that are confirming the Rovuma Basin as a world-class natural gas play. Understandably this has resulted in Mozambique becoming an additional driver of Galp Energia’s upstream portfolio, thus contributing to the company’s geographical and production diversification. While this is an important factor, Brazil continues to be the centre of Galp Energia’s operations at this time.

As Manuel goes on to highlight, once its upgrade project has been completed this year the company will very much be entering into a new era, one in which its investment focus will increasingly turn to its exploration activities: “Galp Energia’s future growth will be supported by the development of its exploration and production projects, which will drive the growth in oil and natural gas production to an estimated total of more than 300,000 barrels of oil equivalent per day by 2020. This figure represents 15-times that which was recorded in 2011.

“From there, additional growth will be achieved through the development of the company’s upstream activities, particularly that in the Santos basin, from its pipeline of high-potential projects that are still at an exploration stage, like those in Mozambique, and from the continuous evaluation of a plethora of exciting new opportunities.”