A story from the Middle East

The Middle East has seen an unprecedented surge in oil and gas project activity in the past few years, and the next decade will be a golden age for the region.

Since it was founded in 2000 Loops Automation has established itself as a leading supplier of specialised engineering packages, metering skids, and process controls. Early in the company’s history it developed a strong reputation through several projects in collaboration with Iraqi oil and gas companies and refineries as part of the United Nations Oil for Food Programme. Shortly thereafter Loops Automation established itself as a reliable partner in the 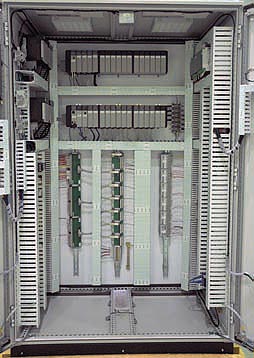 Today Iraq is the world’s third largest oil exporter and has the resources and plans to grow these exports to new highs. While Iraq remains a key market for the company Loops Automation has also expanded in other areas including the United Arab Emirates (UAE), Saudi Arabia, Oman, Sudan, Egypt and North Africa, as the company’s business development manager, Nidal Sabbah elaborates: “Loops Automation started by delivering small-to-medium automation and control solutions and metering packages. Later in 2003 it began to produce custody transfer/ fiscal metering skids on a larger scale in terms of skid sizes and project values. These two areas now represent the core of the company’s business with its main market centred in oil and gas, although it also provides solutions in areas like utilities, and other process industries.

“The company started small with only three employees. Now the business has around 68 staff and we are looking to hire more during 2014 as our workload increases. Since Loops Automation was last featured in European Oil and Gas Magazine we have focused on two areas. The first is to strengthen the foundation of the company by improving its business process, implementing ERP processes, and Knowledge Management (KM) concepts. The second area is targeting larger projects. We used to deal with projects reaching a value of around $10 million and now we are doubling this figure to as much as $20 million, especially in custody transfer/fiscal metering. The potential is for this to grow, which will give us greater exposure to clients with larger projects.”

At the time of writing Loops Automation has just finalised the production of large 32” gas fiscal metering skids with ultrasonic flow meter, analytical systems and associated control panels. It is also beginning a large project in Iraq to provide custody transfer metering packages for liquid and gas applications, which calls for ten fiscal metering skids for crude oil and 28 flare gas metering systems to be delivered within the next 15 months.

The full range of equipment offered by the company includes an extensive range of solutions for custody transfer/fiscal metering packages, process automation and controls, interfacing solutions, system implementation and field services. Key to its product portfolio is its vast offering in liquid and gas metering solutions. The company has accumulated impressive reference projects in custody transfer, fiscal metering, and allocation metering of liquid and gas. As an independent supplier, the company employs the most suitable measuring technology for the application in hand, using ultrasonic, coriolis, turbine and PD meters. Its offering in this department also includes Bi-directional ball provers, compact provers, master metering, analytical systems, flow computers, and integration with DCS or supervisory systems. Loops Automation complements its portfolio with its integrated process control and safety systems (ICSS), industrial control and SCADA systems and field instrumentation. The company also provides a ne-stop control solution for turbo machinery, and further to this all of its solutions can be supplied in standardised and tailored options.

“In oil and gas we know the technologies, the applications, and the trends that influence our offering to clients in the region,” Nidal says. This allows it to routinely deliver the most suitable solutions in critical hardware and software for projects. These solutions can be delivered as single units or as full turnkey packages, which are integrated at every stage along the line and at every phase. This includes system and process engineering, design, selection, purchasing of products, hardware and software configuration, testing, installation, start-up, training of customer personnel, and after-sales service. 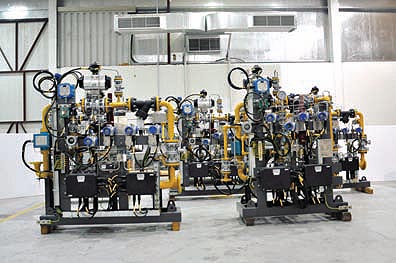 This is all complimented by Loops Automation’s provision of integrated metering packages, DCS/PCS and ESD and F&G systems and all related interfaces at its own workshop. Work is verified during FAT (Factory Acceptance Test) witnessed by clients, eliminating the needs to hire separate vendors. The company has recently invested in new facilities, as Nidal elaborates: “In 2012 we moved into a new manufacturing workshop in Dubai. This facility is twice as large as the company’s previous complex and incorporates around 25,000 sq ft of covered area and around the same size again in uncovered space, which we can use to build skids for example. The size and design of this facility allows us to carry out twice the size of work that we previously could.”

From its Dubai base the company is able to serve clients throughout the Middle East, and as such Loops Automation is ambitiously working to establish itself as the premier supplier of turnkey engineered solutions to the oil and gas industry based in the region, despite certain challenges. “There is a general perception that certain engineering packages, like the ones we supply, are to be provided by international companies outside the Middle East due to their complexity. However, through the projects that we undertake, we slowly succeeded in changing the minds of some major oil and gas operators,” Nidal says.

Another challenge is that due to the complex nature of the design work carried out by Loops Automation, its projects are not scalable. This means that the company cannot simply hire contractors to fill the gaps in personnel that can occur when taking on larger projects. This is something that the company continually addresses by working closely with local engineering graduates and through the use of its own comprehensive training programme. “We regularly hire fresh graduates and we give them further classroom training,” Nidal says. “This is then followed by field training before they start working with teams, and then after two to three years they are ready to take on and lead projects of their own. As the business grows we will look to begin offering apprenticeship programmes because it will be necessary to grow our own work force for larger contracts.

“From a business point of view, we want to be the company that is always associated with oil and gas projects in the Middle East,” he concludes. “This is the management’s and the partners’ vision for the company and we are ready to really go to great lengths to establish ourselves as a major name in the region. We believe that being a local business with local knowledge is an asset.”