Back to Profile Gallery > Nexans Norway

With roots dating back as far as 1915, Nexans Norway has a proven reputation as a leading supplier of power and telecommunications cables. Operating as part of the wider Nexans Group from its headquarters in Oslo, the company has established itself as the world’s foremost manufacturer of high voltage submarine cables to clients including blue chip organisations such as Statoil, BP and Shell. “Whether it is within the oil and gas or power transmission markets, Nexans Norway’s competence in these areas is driven by the need of our clients’ to develop innovative solutions to service deep-water wells and reservoirs,” explains Sales and Marketing Director, Submarine High Voltage (SHV), Domenco F. Gerace. “We are highly active worldwide and particularly within Europe and have recently been awarded large projects connecting the UK and Norway, Norway and Germany, after having completed Norway and Denmark last year. The same need for submarine cables is also growing in other parts of the world within Europe, South East Asia and North America.” 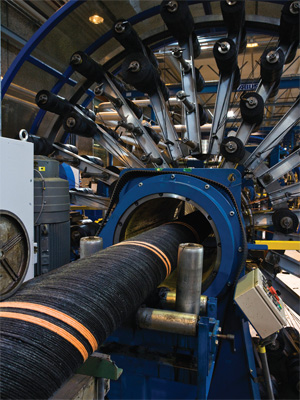 Nexans Norway was last profiled in Energy, Oil & Gas magazine during August 2014, during which time the company was busy undertaking a major contract on behalf of OneSubsea to design, manufacture and supply an integrated power umbilical solution and associated termination hardware for Exxon Mobil Corporation’s Julia oil field development in the deep water Gulf of Mexico. In addition to the completion of this project, Nexans Norway has also enjoyed great success with several other completed operations and signed new contract for further prestigious projects globally. During November 2014 for example, the company delivered power umbilicals for the world’s first subsea gas compression station, located at the Åsgard gas field in the Norwegian Sea. The sophisticated umbilicals were delivered to the field’s manager Statoil, combining power, fiber optic and hydraulic lines in a single cross-section that is used to transmit power, signals and fluid to compression pumps. Furthermore, the cables also allow for communication between Åsgard A, Åsgard B and the subsea compression station.

The completed subsea equipment went into operation during the fall of 2015, further reflecting the effectiveness of Nexans Norway as a turnkey solutions provider. Commenting on the project, Marketing and Sales Director, Ragnvald Graff says: “This was a typical example of a project where Nexans Norway’s strength as a total cable system provider came into play. The project incorporated a single three-core power cable and two power umbilicals of 36kv and 24kv respectively. Originally Statoil requested three separate packages for the project, with an interface between each power cable and power umbilical, as well as on the associated umbilical risers. Considering the characteristics of the project, we proposed a complete single package addressing the customer’s needs and objective for this project. Based on our analysis, we felt that the solution we proposed was minimising the risk for both the client and for Nexans. We were successful in tending an ‘all-or-nothing’ proposition for the system and in providing the best solution to such a complicated interface project.”

During April 2015 it was announced that the ongoing relationship between Nexans Norwayand Statoil would continue with the provision of Nexans’ power umbilicals to power two subsea compressors at the Gullfaks field off the coast of Norway. The cables were successfully handed over to Statoil that month to serve the subsea gas fields in the Arctic and other deep water regions and the Gullfaks station is now in operation. “We are proud of our position at the cutting-edge of this development,” exclaims Dirk Steinbrink, Senior Executive Vice President of High Voltage and Underwater Cable business. “The long-term partnership between Statoil and Nexans over many years has been important in facilitating this technological development.” 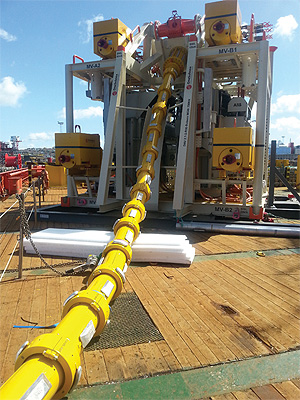 Further to its operations in support of the oil and gas sector, Nexans Norway is increasingly active within the growing renewable energy market throughout Europe. The offshore wind sector for example, represents an area of significant activity in which the company expects further activity over the coming years. “We deliver cables to offshore wind farms that connect each of the turbines as well larger cables to bring the generated power to land,” Domenico elaborates. “This is an increasingly large market with a lot of activity in the UK and in Germany. We expect this to increase and there is a dramatic need within the industry to catch up with demand. We therefore expect the competence of Nexans to be exported across the European continent over time.”

In February 2015 it was announced that the NordLink HVDC interconnector between Norway and Germany will use Nexan’s subsea power cables. This first ever power interconnector between Norway and Germany represents Nexans’ largest subsea power cable contract to date, valued at approximately 0.5 billion euros. The project will allow the Norwegian and German power grids to share green energy directly for the first time, thanks to Nexans submarine high voltage direct current (HVDC) cables to be installed as part of the NordLink project. Nexans Norway will design, manufacture and install two 525 kV cable subsystems, with a total length of more than 700km, off the coast of Norway and Denmark. The project is due for completion during 2019 and marks a suitable opening chapter in a second century of success for Nexans Norway and the wider Nexans Group.