Back to Profile Gallery > Ocean Rig UDW Inc/Ocean Rig AS

Rolling in the deep

With an aim to be the preferred drilling contractor in the ultra deepwater drilling sector, Ocean Rig supplies its clients with sophisticated, modern assets and couples these with a highly competent and motivated workforce. 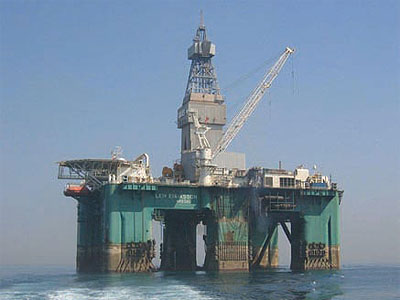 Over the last three-to-four years in particular the company has applied an aggressive growth strategy that has seen it capitalise on the ever-growing need for rigs and services in the oil and gas industry’s ultra deepwater segments.

“A number of characteristics and features link the company’s vessels, making them stand out in their field of operations,” states Frank Tollefsen chief operating officer of Ocean Rig. “First and foremost is the state-of-the-art dynamic positioning system that each unit boasts. The system is just one of the features that have been incorporated to allow the company’s six vessels to achieve maximum water depth capacity of 10,000 feet. This will then be increased with the arrival of Ocean Rig’s three new units, which will be able to operate at depths of 12,000 feet.

“High levels of specification can be found onboard all six of Ocean Rig’s units, with a clear focus being placed on their maintenance systems, including their uses of condition monitoring and vibration analysis. Last, but not least, the company boasts a unique degree of standardisation across its fleet, with each rig and ship sharing the same drilling package, thrusters, mud pumps and other tools and systems. There are countless benefits that come with such a methodology, not least the ability to streamline the training of personnel, but also the reduced maintenance costs the company achieves over the long-term.”

Although it boasts a first-class fleet of rigs and ships with proven abilities to operate anywhere on the planet, it is the company’s employees that Frank believes are the reason behind Ocean Rig’s success: “While a company can have high specifications, high quality equipment and first-class vessels, at the end of the day they are just cold steel. Behind their successful use are the well qualified, highly motivated men and women that really make the difference.”

At the heart of Ocean Rig’s day-to-day existence is its ‘CARE’ philosophy, one built on the statement that, ‘people do not care what you know, until they know you care’. Believing that no job is so important that someone should put themselves in danger or in harms way, Ocean Rig’s philosophy rests on its commitment towards its work, accountability for its job performance, respect for others and the environment and the empowerment of its employees.

While its main operations office can still be found in the city of Stavanger, where it began life as a Norwegian focused company, Ocean Rig today is very much a global business, one that currently has a strong presence in the world’s rapidly developing oil and gas markets. Whether it means operating off the coasts of West and East Africa, in Brazilian waters, in the Gulf of Mexico or in the 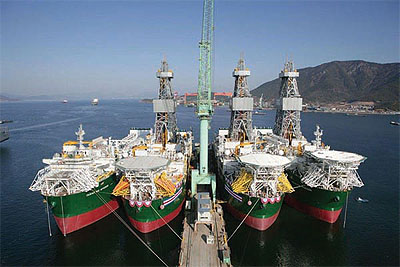 North Sea, the operational scope of the company’s rigs allow them to be deployed on a worldwide basis.

It is in West Africa where one of the more recent, large-scale contracts involving Ocean Rig will be centered on over the next three years. With a value totalling over $650 million, the contract involving the use of its Ocean Rig Olympia is with Total E&P Angola.

Elsewhere, there are several other examples of recent Ocean Rig accomplishments, as Frank is all too eager to highlight: “At present, both Ocean Rig Mykonos and Ocean Rig Corcovado can be found operating on behalf of Petroleo Brazilieiro in Brazil. These three-year contracts are of great significance to the company, as when modern rigs like these arrive to conduct operations in this part of the world they tend to remain there for a long period of time, making it what is now recognised as the biggest deep-water market in the world today.

“Other developments include the recent securing of a new multi-year contract for the Leiv Eiriksson, which will see it return to the harsh environments of the North Sea where it first earned its working reputation. Furthermore, there are several major upgrade projects planned for the end of 2012 and into 2013 that will centre on evaluating the specifications and certifications of the company’s fleet.”

Ocean Rig’s ambition going forward is to firmly establish itself as the preferred drilling contractor in its field, not only from the point of view of major oil companies, but also prospective future employees: “In the short term, the company is looking to secure itself and its assets,” Frank explains. “Ocean Rig obviously has a number of units that will soon become available as its new build programme comes to fruition, therefore the task at hand is to secure their futures through the signing of long-term contracts.

“The addition of three new vessels is just the tip of the iceberg when it comes to the expansion of the company. Ocean Rig’s management are actively looking to grow the business further, eventually reaching a point where it will boast a fleet of between 15 and 20 units. Obviously this is quite an aggressive strategy the company is looking to enact, however, when studying current business levels, trends and its customers’ own designs on the future, Ocean Rig is very confident that the market can sustain its plans and that there is plenty of room for a company like this to grow.”