Back to Profile Gallery > Petrogas Arabia

Petrogas is an engineering and construction company based in the Netherlands.

It was founded in 1949, and following the discovery of oil and gas beneath the Netherlands in the 1950s and subsequent installation of gas grids over the following two decades, Petrogas became deeply involved with the gas industry. Today it is a specialist in the design, fabrication, and installation of natural gas treatment plants for clients across the world. One of its most important 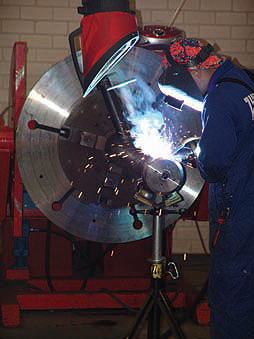 regions is the Middle East, where the company has forged a close link with local EPC contractor Arabian Bemco.

Arabian Bemco was established in 1968 initially as an electromechanical company, but over the years has expanded its remit to include turnkey EPC projects across the power, oil, and gas industries. To date the company has installed more than 24,000 megawatts of power throughout the Middle East, with a majority of that in Saudi Arabia. This success caught the attention of Petrogas and, following the Dutch company’s decision to place greater emphasis on its Middle Eastern market it was driven to engage with Arabian Bemco. Having worked together on several projects over the years, the two companies decided to set out on a joint venture (JV).

Petrogas Arabia will be based in Saudi Arabia and bring the best of both Petrogas and Arabian Bemco to the region’s fuel treatment industry. “Petrogas Arabia will be an organic extension of the business that both companies are already doing, focusing on constructing fuel treatment solutions in the oil and gas sector,” says Petrogas sales director Edwin Hoogwerf. “What we are trying to offer is a combined effort that really utilises the strengths of both companies. For Bemco those strengths are a local presence in Saudi Arabia, the availability of a workshop, and the excellent network they have established. Petrogas brings to the table more than 60 years of experience in designing natural gas treatment installations as well as other district heating engineering and management skills.”

Vahé Hadajian, assistant VP for operations and business development at Arabian Bemco, elaborates on the reasons why the Middle East and Saudi Arabia is an important market: “Within the Gulf Co-operation Council (GCC), Saudi Arabia represents approximately 70 to 80 per cent of the market. The strategy is to base Petrogas Arabia there then to look at other opportunities elsewhere in the Gulf. In terms of power, Saudi Arabia has a growth of eight to nine per cent yearly and is expecting to install a further 20,000 megawatts over the coming five to ten years. It was logical therefore to target the country as a primary market whilst looking for additional prospects elsewhere.”

At the time of writing, Petrogas Arabia is close to entering operation. Its legal structure is in the process of being finalised: the company will register with the Saudi Arabian Chamber of Commerce and operate as a jointly owned limited license company (LLC). Currently the company has a facility in Riyadh working on a limited basis but, once the legal foundations have been secured, it will 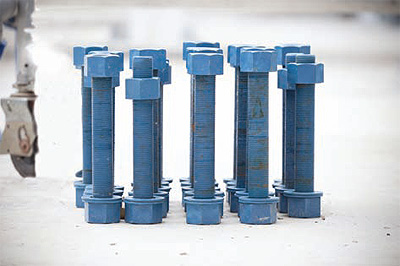 The JV’s first objective is trying to work on a project currently in-hand, with parent Petrogas subcontracting a significant volume of fabrication work destined for Middle Eastern clients to the Riyadh plant. Arabian Bemco is also looking at the possibility of utilising some of Petrogas Arabia’s capacity to carry out its own project work. Given Petrogas Arabia’s heritage, both parents are confident that the JV will begin receiving work of its own over the coming months.

“Partly motivating the development of Petrogas Arabia is the flow of global competitors into Saudi Arabia – particularly the Far East companies that have been entering the market with extremely competitive pricing and aggressive target prices,” Vahé says. “We are looking at a long-term strategy that we believe will be beneficial to establishing this joint venture. Initially we are going to cater for the power market with the speciality that Petrogas has to offer, and expand and provide other products that would compliment Petrogas’ fleet. We are optimistic and believe that the outcomes will be greater than the current obstacles we are faced with.”

In addition to Petrogas Arabia’s bright future, Arabian Bemco is also very positive about the benefit the JV can bring to the regional market. Once fully realised, the subsidiary will connect with strategic partners and use the advantage its leading position provides to create further local manufacturing entities. This will create jobs locally as well as bring new standards of knowledge and information to Saudi Arabia.

Edwin ends on Petrogas’ vision for the future of Petrogas Arabia: “The ideal situation would be that, in two or three years, the whole operation will be self-supporting – that means its own sales team, engineers, workshop construction, and project management. Petrogas and Arabian Bemco have been together for quite a while and we know the way each other works, which is actually quite similarly. We hope our JV will be successful in the years to come.”