Back to Profile Gallery > Sevan Marine

Since Sevan Marine last featured in European Oil and Gas Magazine in 2011 the business has undergone a demanding, and somewhat extensive restructuring programme.

In May this year the final step of this restructuring was completed, which means that Sevan Marine is now set to start a new era focused on technology, engineering and project development within 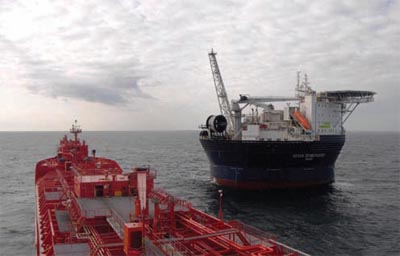 the FPSO market sector, without its previous direct ownership and operation of assets.

Carl Lieungh, who is CEO at the business, recently expanded on the restructuring of Sevan: “I took the position as CEO on 1st May 2011, so basically I’ve been at the business throughout this changing period of restructure. Sevan had for some time been experiencing financial difficulties, which prompted the resulting discussions with our creditors and bond holders, as well as with Teekay, who had expressed interest in our FPSO assets. Later that year we received an offer from Teekay that was acceptable to all parties and would involve them acquiring all of our FPSOs, and that ultimately became the restructuring solution for taking Sevan forward.

“This process of selling off our assets essentially alleviated us of more than $1 billion in debt from our balance sheet,” he continued. “The final piece of this restructuring programme took place recently with the finalisation of the Voyageur FPSO upgrade programme, which Teekay took over at the beginning on May 2013.”

Following the final act of restructuring Sevan has emerged into a new chapter of its life, taking a slightly different focus and looking at new ways in which it can expand its business and maintain its success. “We surfaced from this as more of an engineering, technology and project development type business, whereas previously we had a build, own operate type model,” says Carl. “Teekay injected $25 million in new equity and now owns 43 per cent of the business, and the shareholders as well as some of the bond holders co-invested an additional $25 million, so at the beginning of 2012 we found ourselves with $50 million in new equity.”

While Sevan has taken a new approach to its business, it is important to note that the company is still very much dedicated to promoting the advantages of the unique concept that made its reputation – the cylindrical hull FPSO. This unique design offers a number of key advantages for operators and Sevan is confident that it can be play an important role in a variety of oil and gas related applications in the future. Some of the key features include:

As part of its new business model, Sevan is looking to find alternative areas of application where the cylindrical hull can be used. In fact, after the restructuring process the company had two partly completed hulls at one of COSCO’s yards in China. “As part of the process we were looking for new projects for the two partly completed hulls,” Carl comments. “Whilst we were primarily targeting FPSO projects we were open to new opportunities in other areas. As we have been unable to find suitable FPSO projects we have entered into an agreement for the first of these hulls to be 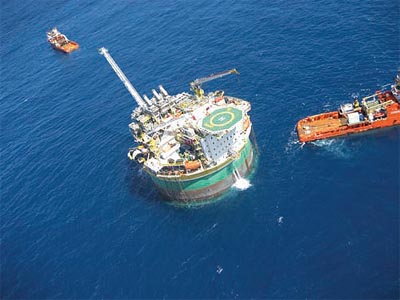 completed by COSCO as an accommodation unit for a company called Logitel. So, ultimately both units will become accommodation vessels, or floatels, that will be operated by Logitel and we are looking to have the first project completed within 24 months. We believe that the cylindrical hull will have several advantages compared to existing semi-submersible units, like high stability reserves and variable deck load capacity as well as large storage capacity for fuel and other liquids, which we believe future clients will appreciate.”

As well as searching for new application areas for its design, Sevan has other areas of focus for the future. “Our strategy has three main pillars, of which investigating new applications for our design is one,” Carl confirms. “Another major focus is to continue to develop FPSO projects along a two-pronged approach of working with Teekay for more niche projects and dealing directly with the end client in other instances. The third part of our strategy is to develop our subsidiary, KANFA Group, which specialises in process equipment packages for the topside market.

“It is important to note that while our business model may have changed, our key concept is to focus on feasibility, concept and FEED studies in order to operate as a successful technology and project developer. In doing so we will continue to build up and reinforce the engineering part of our business even further.”

Looking ahead, having successfully restructured its business Sevan is on the verge of an exciting new period. While its approach may have changed, the core attributes of the company remain the same – namely its dedication to providing the best possible standards of technology and quality, and providing the market with its unique, innovative designs. “I think that considering the underlying trends, and the general market condition at present, the future looks very good for us,” says Carl. “Our aim is to secure one new project each year for the foreseeable future, and certainly over the next three to five years we believe that the outlook is both positive and promising.”