Back to Profile Gallery > Unique System

Unique Maritime Group (UMG) has been a global provider of integrated support services for the offshore industries since 1993.

The Group has grown significantly over the years through its expanding network of companies to become a specialist in ROV, diving, survey, non-destructive testing (NDT), and engineering services.

As the foundation point for the Group today, Unique System FZE in the United Arab Emirates remains a crucial element of this structure. Established as an equipment rental sales and service organisation providing specialist services to the Middle East, region, Unique System has since expanded into hydrographic surveys, diving, ROV, water jetting, on-site engineering and IT services. In conjunction with this evolution, the group established operations in the US, UK, South Africa, Russia, Singapore and India, which now all operate under the UMG umbrella.

A crucial element of all of UMG’s activities is being able to provide its customers with the latest state-of-the-art technologies and high quality solutions. As such, UMG represents many well-known 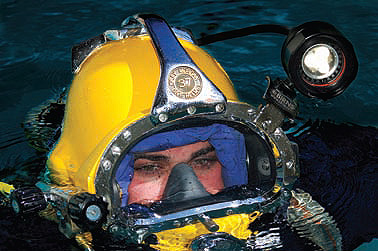 and major suppliers, both within its local regions and internationally, offering a first class range of products. One such supplier is UK-based Northern Diver, which is reputed as one of the world’s elite dry-suit and diving equipment manufacturers. Increasingly the choice of commercial divers and recreational divers, Northern Diver’s suits have been responsible for protecting divers exposed to extreme conditions for over 30 years. With a range that covers dry suits, wetsuits, buoyancy control devices (BCD), and supporting equipment, Northern Diver’s attention to detail provides clients with confidence even in the harshest diving environments.

Elsewhere in the Group, UMG is bringing about a revolution in the diving industry with the launch of a new exclusive system – the Umbilical Supplied Rebreather (USR). In May 2011, UMG entered into an agreement with Technip Norge (TNOR) to commercialise this product with UMG assuming responsibility for the worldwide sales, support and manufacture of the product. As a part of the contract, Technip Marine Offshore Services (TMOS) will take delivery of a number of USR systems during 2012 on completion of successful diving trials. The principle for the development of the USR is to enhance safety and efficiency, while at the same time simplifying saturation diving operations through the use of rebreather technology.

In order to complete the project and ensure the success of the USR, UMG opened a new office in St Petersburg, Russian Federation, in October 2011. The office employs 11 staff with many years of experience in mechanical engineering, electronic engineering and software design. This new office will also provide a base for the sales of UMG’s range of products and services into the Russian Federation and surrounding European Countries.

The commercialisation of the USR is a challenging project, as this revolutionary piece of equipment not only improves the safety of the diver but also provides a significant operational cost saving to the diving contractor. The USR is a complex piece of equipment that has dual redundancy in the data chain. The rebreather has quad redundancy at an electronics level for safety related functions and uses two independent rebreather controllers operating in parallel. Each rebreather controller is dual redundant via the use of two different control technologies and rigorous cross-checking between these. Only the counter-lungs and breathing loop have no redundancy and failure of these is guarded against by reverting to open circuit and free-flow options as per current equipment. The electronics unit mounted in the backpack constantly monitors the mixture of gas in the breathing loop, which is achieved by use of a whole system of the following sensors:

The USR system comprises of a number of different units. On board the vessel are a topside control unit, a data network server and supervisor’s PC, whilst sub-surface there is a bell box and termination box and the diver’s own equipment made up of a backpack (USR base unit) containing the breathing loop, electronics unit, and bail-out cylinders, a helmet fitted with bail-out valve (BOV) and heated visor, and optional electrically heated suit for use with a dry-suit.

UMG is currently in the process of manufacturing units for sale whilst supporting the diving trials with the prototype units at NYD in Oslo, Norway. The production units are expected to be completed in Q2 2012. UMG also intends to set up service centres for the USR at its offices in Sharjah, Capetown, Aberdeen, St Petersburg, Mumbai, Houston and New Iberia, with stock of spare parts at the same locations.