Skip to content
You are here:Home » A change of direction
Technology & Equipment Features
6 min read

Rigs to reefs: avoiding the buzzards’ picnic. By Christopher Harrison and Henrietta Worthington

It is estimated that more than 220 oil and gas production fields and their structures on the UK continental shelf (UKCS) will be decommissioned by 2025. The projected cost of these decommissioning activities (as forecast by trade association Oil & Gas UK) is between £58bn and £80bn.

The current practice for decommissioning rigs in the North Sea involve plugging the well(s) of the offshore oil and gas platforms, removing the topside and entire substructure, and transporting these structures to shore. This is an expensive, energy intensive, and (ironically) environmentally unfriendly process. The industry has committed to reducing the UK’s decommissioning costs by 35 per cent and, with increasing attention on environmental issues, there have been renewed calls for the UK to consider a ‘rigs to reefs’ approach.

‘Rigs to reefs’ provides an alternative proposition; simply leave most of the substructure where it is. In this way, the platform can continue to support marine life as an artificial reef. There are multiple benefits to various stakeholders: the main ones being environmental (saving fuel emissions and retaining artificial reef structures) and significant cost savings (through not having to remove the obsolete structure). There is also evidence to show that the process enriches the marine life.

Given these advantages, it may seem surprising that there are not already rigs to reefs activities underway on the UKCS. In the UK, the operator is responsible for decommissioning fields and structures. Whilst there have been calls for operators to look to repurposing their obsolete structures, it is unlikely that operators will make this move until the legislative framework in the UK makes it easier for them to do so.

Decommissioning of offshore oil & gas installations and pipelines in the UKCS is governed by the Petroleum Act 1998 (as amended). The petroleum regulator OPRED (assisted by OGA – the Oil 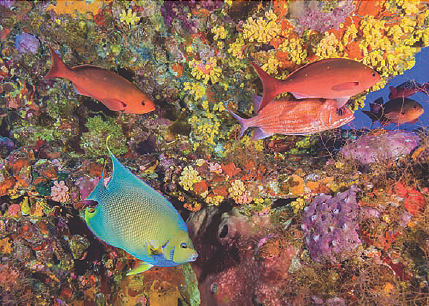 OGA works with the operator to assess decommissioning programmes on the basis of cost, future use and collaboration. Part of OGA’s ambit is to ensure maximum recovery and efficiency of cost. ‘Rigs to reefs’ is a clear cost saving process, given historical precedent of its use in the Gulf of Mexico and elsewhere.

However, operators considering a ‘rigs to reefs’ programme need to be aware of the current ban on the use of oil & gas platforms as artificial reefs by the Oslo- Paris Commission (OSPAR). OSPAR is the international treaty organisation with jurisdiction over North Sea waters and is, amongst other things, responsible for artificial reef policy.

The current decommissioning policy is set out in OSPAR Decision 98/3 on the Disposal of Disused Offshore Installations (OSPAR Decision 98/3), under which there is a prohibition on the “dumping, and the leaving wholly or partly in place, of disused offshore installations within the maritime area” (Section 2).

In theory, operators could rely on an exemption under OSPAR Decision 98/3 which specifically excludes from the ban on dumping any installation “serving another legitimate purpose in the maritime area authorised or regulated by the competent authority of the relevant Contracting Party”. It could be argued that ‘rigs to reefs’ activities could fall within this exemption on the basis that the structure would serve “another legitimate purpose” (being that of an artificial reef). The question is whether there is any appetite for operators to rely on this exemption.

Unfortunately, there are not only the legal and regulatory hurdles, but also significant reputational challenges at play in the UK. The idea of seemingly ‘dumping’ a man-made structure at sea is unpalatable to many. It also triggers memories of the Brent Spar incident in 1995, which began following the government’s approval of Shell’s plan to dispose of the Brent Spar rig in a deep-water trench. The proposal prompted Greenpeace to occupy the platform and Shell became embroiled in a very public and negative dispute. The platform ended up being removed to shore.

Whilst rigs to reef has been a great success in the Gulf of Mexico, with stakeholders buying into the process, there is a reluctance by operators to be the first mover in the UKCS. Memories of Brent Spar and environmental activism, which ignores the clear environmental benefits in the quest to be rid of big oil companies, leads to a state of inertia maintaining the status quo. It is therefore vital that legislative changes are made in order to provide a suitable framework for ‘rigs to reefs’ activities to be carried out. Any such change would be based on science-based evidence in favour or such a policy, thus overcoming any reputational concerns.

There are already ‘rigs to reefs’ policies in place the US, Australia and Malaysia. A lauded example of a successful ‘rigs to reefs’ programme is in the aforementioned Gulf of Mexico. In 1984, the US Congress enacted the National Fishing Enactment Act. The Act recognised the ecological, social and economic values in creating artificial reefs, and led to the National Artificial Reef Plan administered by the Bureau of Safety and Environmental Enforcement (BSEE).

The BSEE has confirmed that as of 15 April 2018, 532 platforms previously installed on the US Outer Continental Shelf have been reefed in the Gulf of Mexico. They have also cited vast environmental benefits from the programme, including a typical eight-leg platform structure providing four to six acres of habitat for hundreds of marine species and a home for 12,000 to 14,000 fish.

This shining example is something that the UK could emulate. Campaigners have hailed the increased attention that ‘rigs to reefs’ was given in the recent Aberdeen Offshore Europe conference. However, it remains up to the lawmakers to lead the charge. Until appropriate legislation is put in place, there will remain a reluctance for the industry to change its ways.

Pillsbury Winthrop Shaw Pittman LLP
Christopher Harrison is a partner & Henrietta Worthington is a senior associate at Pillsbury Winthrop Shaw Pittman LLP, an international law firm with a particular focus on the technology & media, energy, financial services, and real estate & construction sectors. Pillsbury is recognised as one of the most innovative law firms by the Financial Times and one of the top firms for client service by BTI Consulting.
For further information please visit: www.pillsburylaw.com/en/