Skip to content
You are here:Home » A product developed for the US military is now protecting mining equipment from corrosion
Mining Features 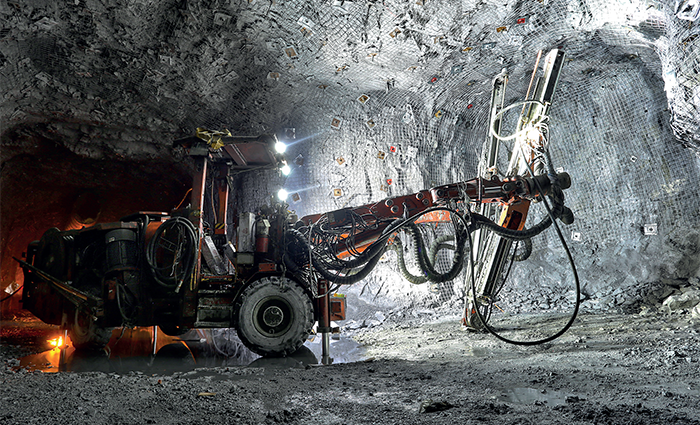 Corrosion is a leading cause of tool and equipment degradation, downtime, repair, and early replacement in both surface and underground mining. Degradation can occur for reasons such as external atmospheric attack (on structural steel and concrete), erosion-corrosion (in the crushing/grinding circuit and slurry lines), high temperatures, and aggressive solutions (within process streams). 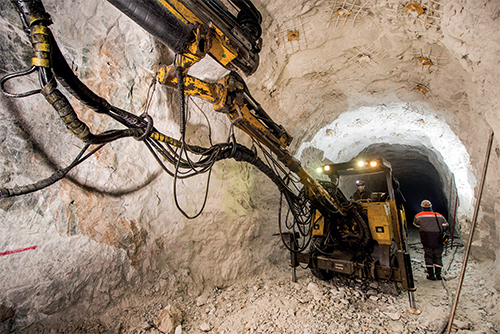 At mine sites, conditions can quickly corrode tools like pickaxes, hammers, chisels, and shovels, as well as surface mining equipment such as trucks, dozers, excavators, and blasthole drills. Corrosion can also rapidly compromise underground mining equipment such as scoops, loaders, haulers, shuttle cars, crane lifts, and even ventilation systems critical for life support.

The harsh mining environment makes it difficult to sufficiently lubricate and protect tools, equipment, and electronics from corrosion. Exposure to moisture, condensation, salt, and extreme wear and tear often accelerates corrosion, leading to failure and extended downtime. Internal components, electronics, and wiring are also susceptible to corrosion and electrolysis, which can compromise function and lifespan.

In response, industry professionals are turning to a unique anti-corrosion protectant, cleaner, and lubricant called StrikeHold®. The spray was originally developed to preserve and maintain US military weapons and heavy equipment for use in some of the harshest working conditions in the world. Today it is used to protect mining tools and equipment, including circuit boards, electrical circuits, and metal components in corrosive environments while improving electrical continuity and contacts. The spray not only protects the wide range of mining equipment comprised of such components, but also extends its usable life.

The use of StrikeHold has the potential to largely eliminate the effects of moisture, corrosion, and electrolysis in mining equipment. The micro barrier that it forms on components is so complete that an electrical charge cannot be passed from the metal into water. It also improves electrical performance by cleaning and protecting contacts and internal parts, including circuitry and connections. The anti-corrosive protectant sprays on clear or applies wet and dries in place.

The protectant is designed to waterproof components and can even be used on mining equipment that is already wet in the field. Because it has a specific gravity greater than water, when applied to a wet surface it penetrates to the hard exterior, pushes water from the surface, and coats the area.

Since the cleaner has anti-static properties, dust, dirt, and grime do not adhere to it in the natural environment. Dust blown onto a treated surface blows off cleanly with wind or rain, leaving the coating intact. For this reason, the protectant and cleaner is used on hundreds of solar lighting fixtures along a coal mine roadway in Brisbane, Australia.

“The dust raised by the wind, passing vehicles, and coal trucks was very problematic for the solar panels,” says Daryl Bancroft, General Manager, StrikeHold Australia. “Once the panel is coated with the shield-like, completely dry film seal, it’s protected, and moisture, sand, dust, and dirt don’t stick to it. This eliminates a lot of preventative maintenance.” 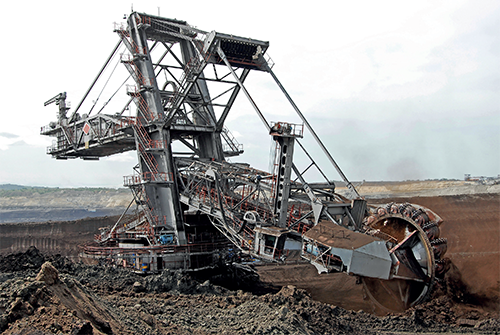 He notes that for the mine site application the coating is also applied to printed circuit board assemblies for protection against moisture and corrosion.

“StrikeHold prevents moisture from getting into the electronics or componentry and provides continued dry lubrication. It stops the dust and other particles that attack the running gear, including circuit boards,” says Bancroft.

Bancroft says that his company is working with an underground mine in Western Australia to prevent corrosion of excavator alternators using the protectant. “The alternators in large excavators can erode and fail quickly due to accelerated corrosion. This caused excessive downtime since the excavators had to be towed away for repair and alternator replacement at high cost,” says Bancroft.

“As a form of preventative maintenance treatment, a dispenser could spray StrikeHold every hour or so to keep the alternator corrosion free. This could save thousands of dollars per mining machine in downtime and repair costs, and there are hundreds of machines running 24/7,” he adds.

As surface and underground mines seek greater productivity in brutal settings, getting the most out of their tools, equipment, and labor requires superior maintenance procedures that protect the investment and enhance long-term output. Mine maintenance managers that utilize easy to apply compounds that safeguard against corrosion and electrolysis will have an advantage in the field and marketplace.

StrikeHold
www.strikehold.com.au
A unique anti-corrosion protectant, cleaner, and lubricant, StrikeHold prevents rust and electrolysis in mining tools and equipment while improving electrical function. The spray was originally developed to preserve and maintain U.S. military weapons and heavy equipment in some of the world’s harshest working conditions.