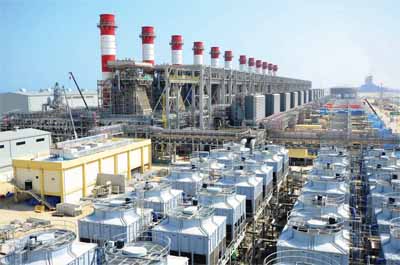 Based in Riyadh, Saudi Arabia’s capital and main financial hub, ACWA Power International has grown exponentially since 2004. Today the company is a well-reputed developer, investor, co-owner and operator of a portfolio of power generation and desalinated water production plants and currently has assets in 13 countries within the Middle East and North Africa, as well as the South African and East Asian regions. With an investment value in excess of $26 billion, ACWA Power International’s portfolio can generate 16.9 gigawatt of power and produce 2.5 million cubic metres a day of desalinated water; this is then delivered on a bulk basis to state utilities and industrial majors on long-term off take contracts under public-private partnerships, concessions and utility services outsourcing models.

“ACWA Power is a leading developer and investor in power generation and desalinated water production; our business plan is to be an operator of power generation and desalinated water production plants in which we have a meaningful ownership. While we have developed and maintained a balanced portfolio and are located in several geographies, the plan from the outset was that we should grow in a controlled manner. ACWA Power has madeexcellent progress in only a decade since its inception and we have successfully fulfilled our sustainable growth objectives,” says Paddy Padmanathan, CEO & President ACWA Power.

Playing an integral role in the company’s success is ACWA Power’s business model, which is grounded in the creation of sustainable shareholder value through active contribution in the socio-economic development of local economies via projects. “ACWA Power’s businessfocuses on three main activities: business development, investment management and operation and maintenance; these complement each other over the life cycle of each of its projects,” explains Padmanathan.

“The success of this business model is largely driven by our human capital, since the company’s presence in such specialised sectors means only the very best professionals are capable of delivering our products. ACWA Power embraces an unwavering commitment to sustainable business strategy that is focused on creating long-term value, which thus makes our business model attractive to potential investors,” Padmanathan adds.

One of the company’s most recent contract wins was signed in May 2015 for the development of the Salalah 2 power project as part of a consortium with Mitsui & Co and Dhofar International Development and Investment Holding Co. Under the deal, Mitsui will build a 400 megawatt natural gas-fired combined cycle power plant in Southern Oman at a cost of $630 million; both companies will hold a 45 per cent stake in the project, with DIDHC holding the remaining ten per cent.

“This agreement also includes ACWA Power’s acquisition of the existing Dhofar Power Plant, which has an output of 273 megawatts. The new plant will have an installed capacity of 445 megawatts and will be connected to the existing Salalah grid. According to the agreement, OPWP will have the right to buy the generated electricity over a period of 15 years, with the plant planned to be commercially operated by the beginning of 2018,” explains Padmanathan. 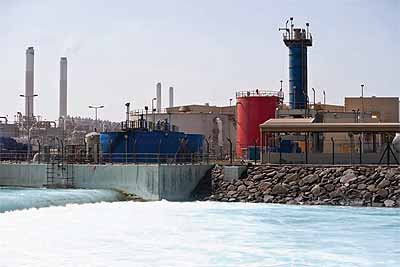 “The Redstone Project will utilise solar power to generate and deliver reliable electricity on demand day and night to power more than 200,000 homes with stable and predictable supply,” highlights Padmanathan. “It does this by capturing the heat of the sun, which is reflected by a field of mirrors that are pointing to a boiler mounted on a central tower; this is then stored in the form of molten salt before being used as required to operate a steam turbine and generator.” The first of its kind in Africa, this project will require no back-up fuel and featured dry cooling of the power generation cycle as an important element of minimising water use.

Another notable project that AWCA Power is involved in is the Moatize IPP Project, a 300 megawatt coal fired power project located at Tete Province in Mozambique. The Greenfieldproject is being developed on a BOOT (build, own, operate and transfer) basis, with the mine mouth coal fired power station, which will use the low grade over burden coal while the higher grade coal is exported. The power generated by the station will be used by the coal mining concession area of VALE for mining operations; it will also be used by the Mozambique Electricity Authority via the national grid.

As the ACWA Power continues to work on a wide range of projects, its focus will be on maintaining optimum delivery of services in these specialised sectors by using only the very best professionals. “Our people remain the key pillar of our success, and we today boast a team of experts that total more than 2850 professionals across all departments and offices,” says Padmanathan. Moreover, the company will be looking for opportunities to participate in other select merchant and market transactions in Turkey, as well as the Philippines and Oman.