Growing the country’s domestic energy supply will be a critical enabler in Turkey’s vision to be one of the top ten economies in the world. In this sense, contributing to the development of energy resources is among the primary objectives for the country and it was not long ago that the Turkish Presidency outlined Turkey’s Energy Strategy. In it, the Government prioritised the intensification of indigenous oil and gas exploration studies and activities, in order to overcome the country’s import dependency – something that has historically been viewed as a major 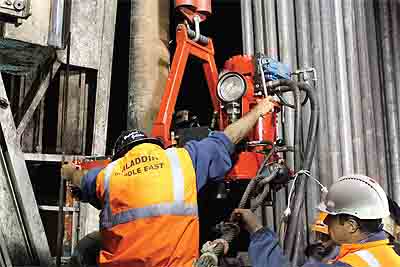 As the oldest independent oil and gas company operating in the country, Aladdin Middle East (AME) has helped with the establishment of drilling contracting services over the years, having also made crucial oil field discoveries to transform Turkey’s entire oil patch. Originally founded as Aladdin Petroleum Corporation in 1926 in the State of Kansas, the company drilled its first well in Turkey in 1965 and its focus today is solely on the strategic exploration and production of oil and gas assets in the transcontinental republic.

“Proving that there is commercial oil in Paleozoic sequence in Southeast Turkey by discovering 39 API gravity crude oil in the Arpatepe oil field in 2008, was one of the recent milestones we have reached,” reports Cem Sayer, President & CEO of AME. “Six years later, another crucial discovery was made in the same region, in an oil field called Oymantepe East Sadak, which turned out to be the first of its kind in Turkey where the same aged/sourced crude oil is being produced to that of Iraqi Kurdistan, but with a better quality – being above 43 API gravity.”

Oil discoveries
With the Oymantepe East Sadak oil field also marking the lightest crude oil discovered to date in Turkey, Cem is optimistic that the discovery will help enhance several prospects located in the Southeast and the North of the country. He adds: “While the SE Anatolian Basin – part of the Arabian plate – has been developed successfully and is currently producing from a number of fields of different size, the area in between these fields has been almost completely ignored. In an attempt to change that, our exploration efforts focus primarily on these very structures, as we believe that they have significant hydrocarbon potential. The Oymantepe East Sadak discovery is on trend with the oil discoveries of Tawke and other major oil fields in Iraq, such as the Kirkuk oil field, and is expected to add to the significant resource base already discovered.”

Team spirit
Having maintained an irreproachable reputation over the years, AME has successfully managed to bring a stellar group of American and European energy companies to Turkey as first-time investors. The likes of Wintershall, Huffco, Placid Oil, Neste, MOL, and Transmed have all established JV partnerships with AME, with the latter also representing TOTAL on Turkish territory. In Cem’s words, “working with companies of this stature has helped the business to understand Turkey’s hydrocarbon potential further and pave the path of foreign direct investment in the country’s upstream sector.”

The recent discoveries of the Petek and Basakli oil fields in the Diyarbakir are not only significant in their own right, but also highlight the benefits of the JV model adopted by AME. Cem continues: “If we look at the discoveries we have made in the last five years alone, we will see that we have succeeded in increasing the company’s recoverable oil reserves from ten million to nearly 100 million barrels and there is no doubt that this is an incredible value growth, unparalleled to what the other operators in the region have achieved.” 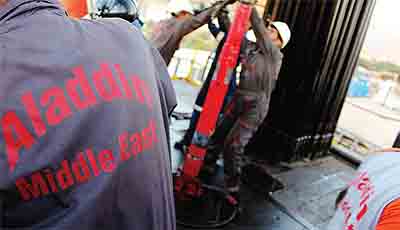 Despite the evident growth in production in recent years, Cem is aware that there is a lot more work to be done if Turkey is to reach its full potential. “The country has a wellknown oil and gas capacity, but the basins are relatively underexplored and, indeed, underexploited. Considerable parts of it require more extensive exploration drilling, given the size and prevalence of sedimentary basins. At AME, we prefer to use additional exploration methods, such as MT surveys to enhance our understanding of the assets.”

Bringing the conversation to an end, Cem insists that the company’s success is largely down to its committed and conscientious staff. He says: “AME would not be here today if we did not display a team spirit where everybody is working in harmony and with respect to each other. Another important point is that we give our people the chance to develop their skills, expertise, and experience, which helps us to overcome skills shortages in our industry. We rely on older personnel to train the newcomers, but we admit to being concerned by the lack of qualified and experienced professionals. Technical people with hands-on experience are hard to find nowadays and this is why we try to make our positions attractive. Fortunately, the labour market in Turkey is quite dynamic and it is a bit easier for us to recruit good employees, and we believe that the company culture of offering continuous improvement and promoting a family spirit is a principal reason that attracts them to AME.”