The outlook for North Sea Oil. By Riaz Hussain

There remain signs for both optimism and concern for the oil and gas sector in the North Sea for 2017 and also uncertainty as to the potential impact of recent external developments namely the September 2016 OPEC Agreement to reduce production and the impact of Brexit.

Output from the North Sea peaked in the late 1990’s at which time the North Sea producers (Norway and the United Kingdom) together were supplying nearly nine per cent of global oil production. There then followed a period of decline with a revival of sorts in the last two years although production is well below peak levels at roughly a third of 1999 production. The fall in global oil prices from the summer of 2014 however meant that even with this upturn in production there was a year on year fall in revenues for the period.

There has been a marked reduction in the costs of production as to their credit operators in the UK Continental Shelf have strived for efficiency and reduced costs (with the unfortunate but inevitable associated job losses). Oil & Gas UK’s 2016 Activity Survey reported that unit operation costs had fallen a third between 2014 and 2015 with further reductions in 2016. One report states BP’s North Sea fields operating costs at USD$12 per barrel down from over USD$30 when oil was trading at over $100 in 2014.

The long term effects of the OPEC Agreement in 2016 remain of course to be seen but the immediate impact has been to increase oil prices above the USD$50 per barrel mark and this is expected to be a continuing trend as the glut in oil supply is regularised if the agreed reductions in OPEC output are implemented.

BP has certainly been talking up its intent and expectations in the North Sea since the OPEC Agreement. Chief Executive Bob Dudley stated in an interview with Energy Voice in December 2016 that BP envisages doubling production from 2015 levels in the North Sea by 2020 to 200,000 barrels a day. There are also further exploration projects commencing: “The myth that the North Sea is finished is absolutely that. It’s a wrong myth,” he said. “I don’t think we’ll go back to the way it was at $100 oil. I just can’t see that. Or the early days of the North Sea. But it’s going to be around for a long time and be a vibrant place and part of the global oil and gas industry – most certainly.”

There are also reports that the surge in oil prices and the relative stabilisation in price has increased interest from private equity investors in pursuing stakes in upstream oil and gas exploration and production. This could mean new capital moving into new projects.

A big unknown of course is what if anything new exploration will yield and when. In his interview with Energy Voice Bob Dudley stated BP will drill five exploration wells in 2017 and 50 new development wells over the next two years. Mr Dudley said: “There’s some hope on the exploration programme, because any one of those wells or prospects could lead to yet another hub of development.” Other recent new projects include Hurricane Energy’s oil discoveries on the Rona Ridge and future potential projects from the US Apache Corporation and Shell. Future discovery could change the outlook significantly but although there remain optimistic proponents of new exploration this by its nature remains an unknown.

A key issue of course is the expected cost of shutting down and decommissioning existing North Sea Fields. The Financial Times has reported that the costs for decommissioning threaten to wipe out expected tax revenues from the North Sea with a risk that the North Sea oil industry becomes a ‘net drain’ on UK resources. Oil and Gas UK’s most recently published figures estimate the cost of decommissioning across the UK Continental Shelf will be over £50 billion the next three decades and under UK rules, the taxpayer will foot half the total decommissioning bill through tax rebates. However, the GMB has said the bill could actually be more than £100 billion, and that taxpayers may have to fund between 50 and 75 per cent of that.

This obviously creates a tension in respect of the industry’s insistence that continued tax rebates and government support are needed for the industry to survive.

On a final note although Brexit had had limited direct impact on the North Sea sector a key uncertainty remains if there were to be a (successful) second move for Scottish independence following Brexit. As reported in an interesting paper by Dr Carole Nakhle if Scotland left the United Kingdom, assuming maritime boundaries were drawn along the existing median line, Scotland would take with it around 95 per cent of oil production and 55 per cent of gas production. However given that the North Sea accounts for a much higher proportion of Scotland’s revenue it remains very uncertain whether Scotland could afford to be as tax friendly to the oil and gas sector as the UK government currently is. 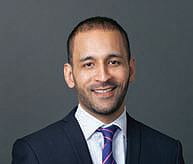 Riaz Hussain, QC, is a Barrister at Atkin Chambers. Atkin Chambers is a leading set of commercial barristers specialising in providing advocacy and advice in the fields of construction, engineering and infrastructure, including energy, natural resources, utilities, shipbuilding (repair and conversion), IT and telecommunications, professional negligence and other commercial areas. It has an international reputation as ‘the premier construction set’ and ‘the place to go for substantial international disputes’ in global infrastructure projects (source: Legal 500).