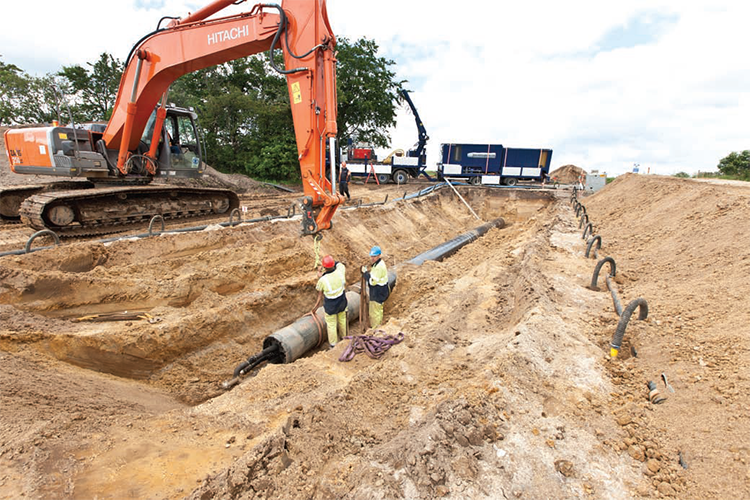 Owned 100 per cent by the Danish state, Energinet.dk was established in December 2004 as the transmission system operator (TSO) for Denmark’s gas and electricity networks.

It is also the co-owner of theelectrical interconnections to Norway, Sweden and Germany. Furthermore, Energinet.dk is responsible for the natural gas storage facility at Lille Torup in northern Jutland, and has access to a similar site at Stenlille in Zealand.

“We own, operate, and invest in the development of the main transmissioninfrastructure in Denmark, in close co-operation with the Government and our neighbouring countries,” highlights Torben Brabo, gas division director. “On top of that we have some public service obligations such as paying subsidies in green gas production, along with our efforts to integrate renewable energies into the systems, which is all part of our focus on investment and initiatives for the implementation of green energy. We are also very involved in developing and ensuring national energy security of supply for the future.”

He goes on to outline an important aspect of Energinet.dk’s operations: “Although we are a state owned company, we are run as a private business in the sense that we try to take best practice from the sector and incorporate it into our business processes. This includes things like targets, KPIs, and efficiency goals. Since our formation we have improved our benchmarking compared to other electricity TSOs, which saw us noted as being amongst the most efficient electricity transmission system operators in Europe according to independent analysis. We also have a similar voluntary benchmarking initiative for our gas operations, in agreement with a number of other TSOs. These results are not public, but they help us to identify best practice and possible areas where efficiency changes can be made.” 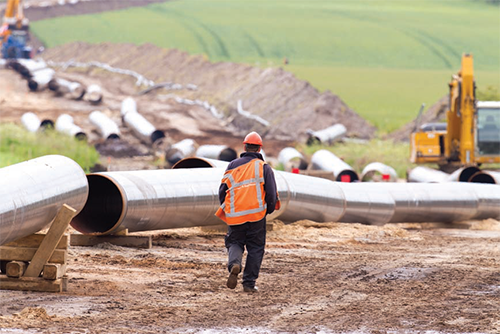 On the gas side of the business Energinet.dk has seen a larger shift from domestic production from the North Sea to rising imports of gas through Germany from the north European markets. As such, the company has recently inaugurated a new 94-kilometre pipeline, parallel to an existing pipeline, and a new compressor station.

“This is a direct result of our open season process that we were partaking in alongside Germany, Poland, Norway, Sweden, and the Netherlands in 2009-2010. Alongside this we conducted a cost benefit analysis, which shows how the market function will improve, and how our security of supply increases in accordance with different infrastructure investments. Essentially, open season is more or less the commercial business indicator for some of these projects,” explains Torben.

“With a need to ensure security of supply though, our regulator required us to invest in 30 per cent additional capacity for the new pipeline to ensure that it not only supports existing needs and market players, but also that we had a better market function in the medium to long-term,” he adds.

A total of 1.5 billion Danish Krone (DKK), and one million man-hours has been put into the construction of the new pipeline and compressor station. In developing the system, Energinet.dk visited several other similar projects to identify best practice for implementation. “Originally we had looked at positioning the compressor station at our border to Germany, but we concluded that there was a point elsewhere where our two main pipes meet, and so it was preferable to have the station at this intersection. The infrastructure has been prepared in such a way that it can pressurise gas at different levels for transit in each direction, giving us multiple usages from the investment. As such, in the medium to long-term the pipeline can be used to strengthen Norwegian imports, gas supply from Germany, and delivery to Poland and Sweden as required,” notes Torben.

Understanding the energy mix for the future is an important task for Energinet.dk. To this end the company undertakes complex planning, which considers future capacity requirements and long-term security of supply. As a power TSO, Energinet.dk subscribes to a national energy strategy, which covers users of primary fuels in all consumption types. Into this political goals are then incorporated, which are dominated by a move towards renewable energy.

“By 2020 the aspiration is to have 50 per cent of electricity derived from wind turbines, and 100 per cent from renewable sources by 2050 aiming at carbon neutrality,” reveals Torben. “This creates a number of points of note, namely security of supply, storage facilities for excess (wind) energy, and flexibility so that when conditions aren’t favourable we can still produce energy. For example this may be a gas system, which can generate power when the wind isn’t blowing or sun doesn’t shine.

“We have two main development tasks for achieving this. The first is to integrate the wind turbines into the network with transformer stations and offshore cables, and the second is the need to upgrade the interconnectors to neighbouring countries for optimum development. This is both in terms of technical engineering so that we have a stable power system, but also commercially so that we have enough interconnectors to ensure Danish consumers have the cheapest possible power supply, and producers the bigger market areas,” he continues.

Parallel to this Energinet.dk is also investigating different paths for its gas operations, both in terms of renewables and fossil fuels. “The general agreement within the Danish government is that as long as Denmark has fossil fuels in the North Sea, both oil and gas, they should be extracted,” describes Torben.

“There is also the potential option of shale gas developments. Although as a country we are aiming for clean energy, we still have a large energy sector based on the production of gas. Therefore we need to ensure we have the infrastructure, for both distribution and transmission, so we can export and import these resources. But we are also looking at the introduction of green gases, such as biogas, and the possibilities of converting excess power from wind turbines into hydrogen. So there’s quite a lot that we’re doing to secure the networks for the future,” he concludes.