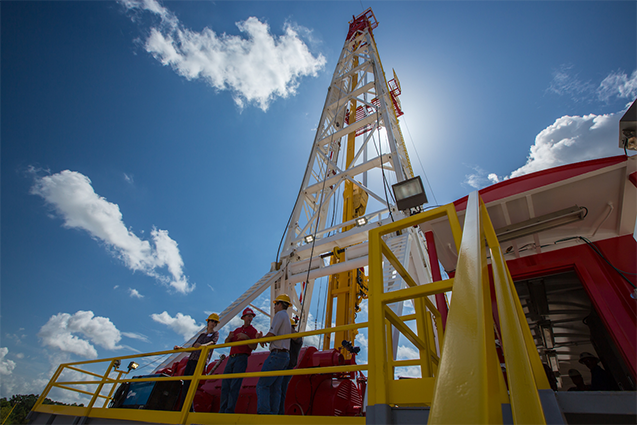 Energy Drilling’s new rig will allow the company to further expand and upgrade its rig fleet and make it more versatile.

Evolving with the market has been key for Energy Drilling Co. Over the years, “We’ve been able to adapt smartly to the changing needs of our customers and market in the land oil and gas industry in the United States,” General Manager Jody Helbling says.

The Natchez, Miss.-based drilling contractor started operations nearly 40 years ago with two rigs that drilled for customers in Mississippi and Alabama. Since then, Energy Drilling has grown to also serve clients in Arkansas, Alabama, Louisiana and Texas, and expanded its fleet to 10 rigs.

“We’re probably the only drilling contractor in America that has the spread of rigs that we have,” Helbling says, explaining that its rigs range from 35-year-old trailer mounted double rigs to 7500 psi, top drive, electric walking rigs. 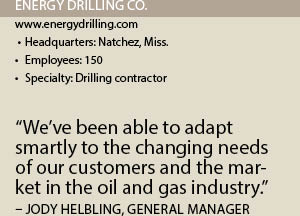 Energy Drilling also sets itself apart by drilling wells on a turnkey or footage basis and not only the traditional dayrate basis. For its smaller clients that don’t have the manpower or expertise to design and execute the drilling plans, Energy Drilling is able to offer this service to the client and get paid a premium to take on the risks that the client would normally have.

Going Horizontal
Energy Drilling is in the process of adding its 10th rig, which will expand the company’s ability to meet its clients’ burgeoning need to drill horizontal wells. “If you look back 15 years ago in the United States, only 40 to 50 percent of the wells being drilled were horizontal,” Helbling recalls.

But that percentage has grown to at least 80 percent today. With strong competition for conventional drilling, “We decided to adapt and become more modern,” he states, noting that the company previously built 1,000, 1200 and 1,500-horsepower, electric top drive rigs before searching for a 2,000-horsepower rig.

After looking across the United States, the company discovered one through Henderson Rigs & Equipment LLC, based in Humble, Texas. “We decided to partner with them, let them refurbish and upgrade the rig to include the rig components required by our unconventional shale play clients,” Helbling says.

But Energy Drilling does not expect its investments in new technology to stop there. Its competitors in the industry are moving towards AC-powered rigs, due to their efficiency and data processing capabilities.

Energy Drilling’s new rig, he notes, marks the company’s first transition in this direction. This rig will be partially AC and starts the process of this upgrade in the future.

The Next Step
Helbling is proud of Energy Drilling and how far it has come over the years. “We persevered through a very tough industry, and rolled with the punches and we have a vision that we need to move forward,” he says.

The company plans for a strong future with the possible acquisition of more new rigs, while also scaling down its fleet as needed. “We’ll slowly retire some of the older rigs, and we’ll continue to move more into the shale plays across America,” he predicts. “After that, the next step for us will be to take those rigs and slowly upgrade them to ACs.”