With a population of over 207 million, Pakistan is ranked among the emerging and growth-leading economies of the world. However, due to rising demand and a failing power infrastructure, severe electricity shortages are widespread in Pakistan, and the country’s power sector needs to undergo a major transformation to meet the growing energy needs of its industry and citizens. Therefore, the Government of Pakistan (GoP) has made it a priority to overcome this energy crisis, and it is actively working to fast track RLNG Projects in North Punjab, multiple hydel projects in 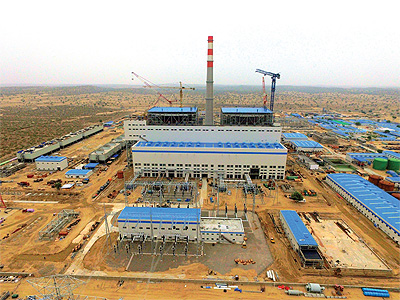 KPK/AJK and local/ imported coal projects in Sindh. Most of these power projects are expected to come online in the next two to three years, which is in line with the GoP’s claim of eliminating the demand-supply deficit by 2019-20.

Clearly the power-generating sector in Pakistan is in the midst of an exciting phase and one of the companies involved in this revolution is Engro Energy, a division of the multinational Engro Corporation. Engro Energy comprises Engro Powergen Qadipur, Sindh Engro Coal Mining Company (SECMC), Engro Powergen Thar Ltd (EPTL) and GEL Utility Limited, with each division involved in a different way in the transformation of energy in Pakistan.

Of the variety of sources of energy available to Pakistan, coal has been highlighted as a major contributor to its new power stations, because of its rich domestic deposits. One Engro division, SECMC, is playing a significant role in this area. Formed in 2009, SECMC is a joint venture company between Government of Sindh (GoS), Engro Energy Limited (formerly Engro Powergen Limited) and its partners namely; Thal Limited (House of Habib), Habib Bank Limited (HBL), Hub Power Company (HUBCO) and China Machinery Engineering Corporation (CMEC).

SECMC was created with the vision ‘to develop a technically and commercially viable Coal Mining Project in Thar Block II to bring energy security to Pakistan’. Thar Block II is part of the Thar Coalfield, the 16th-largest coal reserve in the world, and the overall objective of developing the Thar coal deposits, is to generate electric power from in-country coal resources, to reduce the country’s dependence on imported coal, and to contribute towards bridging the gap between electricity supply and demand.

SECMC will execute the project in three phases, and the first phase of the project is underway – two 330 MW sub critical plants are being established with Engro Powergen as the majority shareholder. The consortium will also develop the adjoining open cast coal mine, which is capable of producing up to 3.8 million tons of coal per year. The total mining capacity of the project is 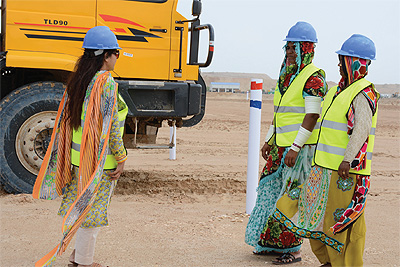 due to be 20.6 MT/annum and its power generation capacity is projected to be 3960 MW.

SECMC’s hard work at Thar paid off in June 2018 when the first seam of indigenous coal was unearthed from its open-pit coal mine at a depth of 141 metres below the surface. This was the first step towards realising the dream of power generation from indigenous Thar coal, which will eventually become the cheapest source of electricity in the country. All coal supplies will go to Engro Powergen Thar Limited (EPTL) in the first phase of mining. A joint venture with China Machinery Engineering Corporation (CMEC), Habib Bank Ltd (HBL), and Liberty Mills Limited, EPTL was formed in 2014 to set up the power plants in Thar Block II. The power complex is expected to commence commercial operations by June 2019.

Appreciating that its work in Thar is going to cause upheaval to both the environment and the local communities, SECMC is determined to ensure it upholds a high duty of care during its mining, land acquisition and resettlement related activities. The company is working to benefit the people by building and developing sustainable and independent livelihoods, providing education and health care, new housing, improved water and sanitation conditions, whilst empowering men and women with employment and other benefits. For example, 1200 Tharis now work on site, with a lot of training underway to improve skill levels in areas such as driving, masonry, plumbing, electricals and scaffolding.

It is clear that Engro Energy and its subsidiaries are truly contributing to the transformation of Pakistan’s power fortunes, working closely with its investors to make sure that these billion dollar projects reap the rewards needed to power the country into the future. By utilising the expertise of an international group of advisers, and being dedicated to installing state-of-the-art equipment supplied by blue-chip companies such as GE and Alstom, the company is demonstrating a forward-thinking and modern approach to energy development. Engro Energy’s emphasis on efficiency, the control of emissions and its commitment to the communities in which it is working makes the company an excellent example of not only the promising future of Pakistan’s industrial development, but also how a Big Company can work in an ethical way and bring prosperity on a local and national level.