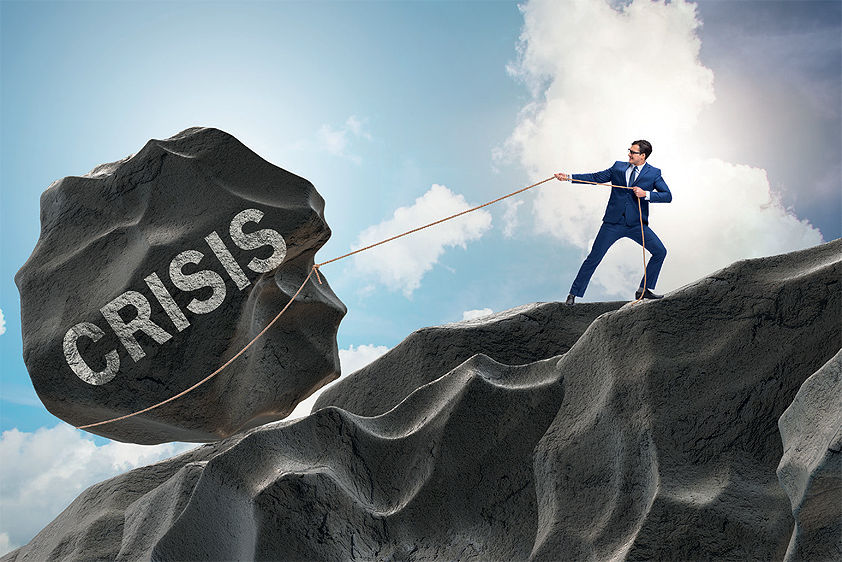 Objectives
Companies entering a restructuring should take great care to establish their objectives clearly. Inevitably, the restructuring will involve some amendment to debt terms – rescheduling of maturities or “right sizing” the balance sheet will probably also require some tightening of lenders’ protections. Security may well have to be granted or enhanced. Management should ask: does the process offer opportunities to adapt the business, implement short and long-term enhanced cashflow management, or re-shape the business in ways which might otherwise be too difficult or too expensive to consider?

The initial objectives may change during the restructuring, but they will ultimately inform the selection of the restructuring technique to be used, although other factors, not least the views or positions of creditors, will also be influential. Some of the techniques available are explored further below. However, by way of illustration, whilst, for example, an English company that needs only to reschedule or compromise unsecured debts may opt for creditors voluntary arrangement (CVA) under English law, a company that requires secured claims to be written down or other accommodation may, depending on a number of factors, including its jurisdiction of incorporation, opt for the new UK restructuring plan or the US Chapter 11 process. A UK restructuring plan or Chapter 11 process also makes available options to address issues of operational or corporate structure (for example to rationalize costs or facilitate future disposals) as well as the chance to address other onerous arrangements (such as burdensome leases or contracts).

Stakeholder engagement and exploring consensus
Whatever a company decides are the objectives of its restructuring, it is likely that these will need to be discussed with its financial creditors, and other key stakeholders, such as joint venture parties, key suppliers, service provides and the regulatory authorities. Where the composition of the creditor group makes an entirely consensual negotiation possible (public bond issues, for example, often militate against this), the consensual route, whilst not at all easy, is often the most efficient. Among many other factors, one key to agreeing a consensual restructuring successfully is to present a robust and supportable business plan to creditors.

Restructuring techniques
Where consensual agreement cannot be reached either because of commercial disagreement or practical constraints, the processes provided for by law can facilitate a solution. All are likely to require some creditor support.

(a) In the UK, there are a number of options, and they may be used in combination:

CVA: A company may make a proposal for dealing with unsecured claims. The proposal must be supervised by an insolvency practitioner and supported by at least 75 per cent by value of creditors. CVAs have been used to compromise bond debt, drill ship lease liabilities, and FPSO construction and other development costs in recent North Sea oil company restructurings.

Scheme of arrangement: This is a process, overseen by the court, for the implementation of transactions not always involving financial distress. Affected stakeholders vote in classes and all classes must approve the scheme by the requisite majorities, which can be used to alter finance terms including margin and maturity dates as well as to effect debt for equity swaps, for example.

Restructuring plan: Procedurally similar to a scheme, this tool is only available in financial distress. Critically, if certain conditions are met, a dissenting class of stakeholder can be bound by the consent of other classes.

Pre-packaged administration: a formal insolvency process used to transfer specific assets or businesses into new ownership, often including the migration of certain agreed liabilities to the new structure. These have been used in the UK to effect sales of license interests and related assets and contracts.

(b) In the US, Chapter 11 is the so-called “reorganization chapter” of the US Bankruptcy Code, and it provides for a court-supervised process for a business to restructure debts pursuant to a plan of reorganization. To file in the United States, a company does not have to be domiciled, but instead may qualify based on business operations or even assets (such as a bank account) owned or held in the US. In addition, there is no insolvency requirement, but a requirement of good faith (i.e., an acceptable justification for resorting to bankruptcy relief). Because of the relatively low hurdles to filing a US Chapter 11 proceeding, multinational companies domiciled elsewhere often elect to take advantage of the mature US Chapter 11 restructuring regime.

A company may file Chapter 11 with a complete or partial agreement with its creditors (often referred to as a “pre-arranged” or “pre-pack” plan) or it may file with no agreement in place. Typically, the company’s current management and board remain in control post-filing, and negotiate and seek court approval of the Chapter 11 plan, which sets forth the mechanism by which the debtor will continue its operations and to pay its obligations over time. The filing imposes an “automatic stay” that generally precludes creditors (with certain exceptions) from commencing or continuing enforcement actions against the company or its property, or from terminating existing contractual arrangements.

The Chapter 11 plan voting scheme uses a class-based, modified majority system. Under this system, classes of creditors and interest holders who are “impaired” – meaning the plan alters their legal or contractual rights – are typically entitled to vote. A class accepts a plan if it is approved by a majority in number of class members holding two-thirds in amount of claims or interests. While the goal is to obtain an accepting vote from all impaired classes that receive distributions under a plan, a plan can also be confirmed notwithstanding some classes voting to reject the plan. This system presents significant flexibility to deal with intransigent creditors, such as holdout lenders or bondholders that have rejected an out-of-court solution.

(c) A number of European jurisdictions have recently brought new processes into law or are in the process of enacting them that are similar in effect to the UK restructuring plan or US Chapter 11. Examples include the so called Dutch scheme of arrangement (Wet hormologatie onderhands accord) and the recently enacted German scheme (Gesetz zur Fortentwicklung des Sanierunngs- und Insovenzrechts). Their application in any given case will depend on a number of factors, most importantly the so-called centre of main interests of the entity whose debts are to be restructured.

Preparation/key considerations
When preparing a restructuring, a non-exclusive list of issues to consider includes: (a) scrutiny of the terms of all relevant agreements which the debtor is party to, particularly where transfer of an entity or asset or termination of a business or company is proposed. Contractual restrictions or change of control provisions can usually be managed by appropriate structuring, but the terms of debt documents also need careful attention – where US style “automatic acceleration” provisions are included in documents, for example, the question of whether they are triggered by a non-US entity proposing a non-US process should be examined; (b) the tax position of entities being restructured needs care, for example so that accrued tax losses remain usable as efficiently as possible; (c) the attitude of relevant regulators will be critical. Regulators concerned with the continuity of orderly production are unlikely to oppose well planned restructurings, although in the energy space, they will typically want to ensure the restructuring addresses health and safety issues as well as provision for future plugging and abandonment or other decommissioning costs); and (d) any restructuring will need to ensure that the continued safety of all employees is safeguarded. This imposes limits on the rationalization of some costs.

A further consideration in restructurings outside the US is whether to apply to the US courts for recognition of the local process under Chapter 15 of the US Bankruptcy Code. Recognition of the foreign proceeding can have a number of benefits, including allowing the company to protect assets located in the U.S. against creditor action and litigation (i.e., the automatic stay takes effect upon recognition); collect accounts and recover US assets for distribution in the foreign proceeding; and enforce the terms of foreign insolvency plans against US creditors (such as US-based lenders or bondholders).

Perhaps the key consideration, however, is to maximize, to the extent possible, support from creditors. In most of the European restructuring processes as in the US Chapter 11 process, the support of at least one class of creditors is likely to be required. That support is likely to be dependent on creditors’ satisfaction with the debtor’s business plan and, where finance through and after the process – “new money”- is required, satisfaction with the business plan will be particularly important.

Trevor Borthwick, Bob Palmer, Devi Shah and Sean Scott are Partners in the London and New York offices of Mayer Brown, a distinctively global law firm, uniquely positioned to advise the world’s leading companies and financial institutions on their most complex deals and disputes
For further information please visit: www.mayerbrown.com/en