For the country of Finland, wind power remains a relatively new mode of electricity generation, but is one that has developed strongly in recent years and has considerable room for growth. At the forefront of the push for said growth is the Finnish Wind Power Association (FWPA), the national wind industry body formed in 1988 with a vision of facilitating clean and safe energy production, creating employment through the development of the domestic renewable energy sector, and to shepherd in a cleaner tomorrow.

“The main aim of the FWPA is to share information and support the development of the wind energy industry in Finland,” begins Chief Executive Officer, Anni Mikkonen. “As such we partake in a great deal of advocacy work, use our position to try and positively influence legislation, and engage in a lot of PR work to publicise the benefits of wind, all with the aim of making it possible to better invest in this form of power generation in the future.”

Today, the FWPA has over 180 private individuals and 140 companies from across the energy spectrum within its membership portfolio, ranging from wind turbine and component manufacturers to project developers, law firms and consultants, logistics and lifting companies, and educational establishments and regional authorities. 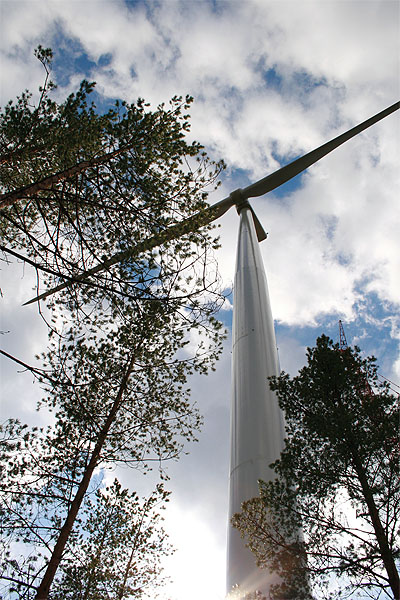 Understandably, membership figures have grown in line with the gradual development of the industry itself. “Certainly, when compared with some other European countries, the development of the wind power sector in Finland has been slower, with major construction work on various projects not commencing until late 2012,” Anni explains. By the end of 2014, there were 260 installed wind turbine generators, with a combined capacity of 627MW, generating 1.3 per cent of Finland’s electricity consumption, and in 2016 and 2017 the speed of construction continued at pace.

“In the last two years, there has been some 1000MW of additional wind power capacity installed across the country, taking total capacity to 2044MW, meaning that wind power now accounts for 5.6 per cent of the electricity consumed in Finland,” Anni says, before emphasising just why the country lends itself so well to this renewable form of energy. “One of the big selling points of Finland for the wind power companies is that we have a great deal of space at our disposal here. The country’s land area is roughly the same as that of Germany, with the key difference being that with a population of a little over five million, we have lots of open space to work with. At the same time, the wind turbines themselves have improved greatly, adding higher towers and longer blades to make them better equipped to the unique conditions of Finland, all of which has contributed to the sector’s expansion.”

Future potential
While construction of new wind farms has since slowed, several major developments within the wind power sector have occurred in 2018. It was earlier in the year that the Finnish government formally approved the introduction of a new auction-based tendering system for renewable energy subsidies to replace the existing feed-in tariff system. It is the industry’s belief that this new process will result in lower costs when it comes to constructing new wind farms, provide greater supply chain stability and bring about a greater return on electricity.

At the same time as the above, 2018 has also seen the concept of corporate power purchase agreements (PPAs) for renewable energy take hold in Finland, with Google announcing in September that it had signed a ten-year deal to purchase renewable energy from three new wind farms, which will power one of its data centres. This marks the first time that the company buys power from a European project that will not receive any government subsidies.

“The changes that we have seen in the market in recent months form part of a major period of transformation for the wind power market in Finland,” Anni enthuses. “The potential opportunities that future PPAs could create have many within the sector excited and optimistic, however, with a governmental election on the horizon in the Spring of 2019, the FWPA wants to ensure that whoever forms the next parliament will continue to promote the auction tendering system as a strong alternative to PPAs should that route to market slow down.”

As previous stated, the central, long-term goal of the FWPA is to steadily increase the amount of wind power being generated within Finland, and Anni clearly sees great potential for growth. “At present, wind power accounts for just under six per cent of the country’s electricity mix, but we see no reason as to why this could not reach around 30 per cent by as soon as 2030, she states. “In order to achieve this aim, we as an association will continue to work hard to cultivate interest in wind power, work closely with our members, do our part to shape legislation and assist in any other way we can to ensure that wind power plays an ever-greater role in Finland in the decades to come.”