Back to News > First commercial application 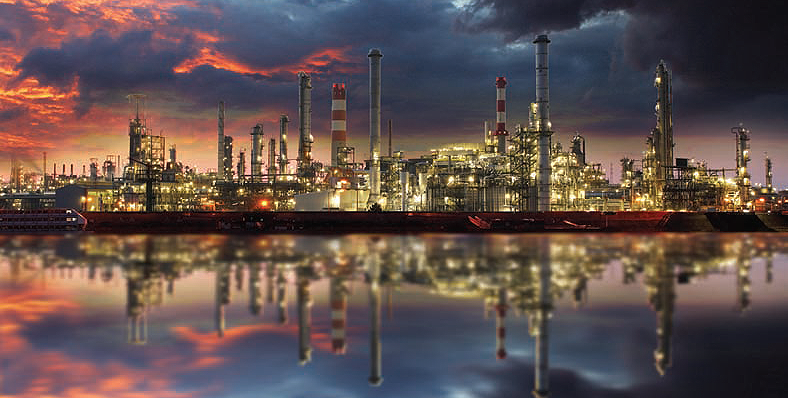 Sulzer is supplying the first ever industrial scale cMIST™ system for natural gas dehydration with start-up scheduled for the second half of 2020. The cMIST™ unit is to be delivered to an onshore ExxonMobil facility by Sulzer Chemtech, the leader in separation and mixing technology, and will be the world’s first commercial application of the cMIST™ technology in place of conventional glycol contactors. The project will be executed by Sulzer’s specialised engineering centres in Tulsa, Oklahoma, US, Arnhem, the Netherlands, and Pune, India.

ExxonMobil developed cMIST™ technology for gas dehydration, with the assistance of Sulzer, and subsequently offered Sulzer an exclusive license for the design and supply of cMIST™ units for onshore and offshore gas dehydration applications.

Danny Thierens, Head of Sales & Market Development – Upstream Systems at Sulzer, stated that the company is looking forward to completing the installation of the first industrial scale cMIST™ gas dehydration system in close co-operation with its partner ExxonMobil. “This innovative plant will demonstrate the benefits of the system to the upstream oil and gas market and will strengthen the confidence of customers that are considering the deployment of this technology, on the basis of the numerous design concepts that Sulzer has helped to develop since the licensing agreement came into effect.” 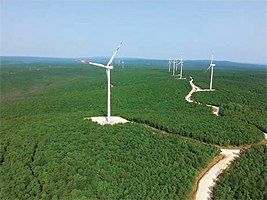 Turkey’s renewable energy production is receiving a boost with an EBRD loan of $37 million to finance the expansion of the Kiyikoy wind farm in the northwest of the country.

The Bank’s loan will be used for the development, construction and operation of a 72 MW extension to the 28 MW wind farm located on the west coast of the Black Sea in the Kirklareli province. In parallel, ICBC Turkey is providing a loan for the same amount. The funds will also refinance a leasing facility provided by a local leasing firm for the original wind farm.

Aida Sitdikova, EBRD Director, Energy Eurasia, said: “Renewables in Turkey represent not only a viable, but also a financially attractive investment opportunity. We are proud to have been a frontrunner in the sector – both as an investor and as a partner of the authorities in policy reform. To date we have financed a significant share of Turkey’s total installed renewable energy generation capacity and are delighted that in Borusan EnBW Enerji we have found a likeminded partner who shares our ambitions.” 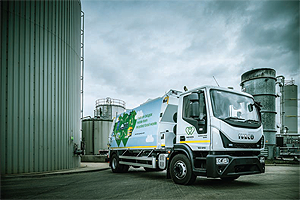 The latest plant expansion marks the fourth stage of investment in the facility and will see the company increase additional biogas upgrading capacity at the anaerobic digestion plant by upgrading front-end waste reception facilities alongside increasing pasteurisation, digestion and biomethane capabilities.

Commenting on the development, Kevin Quigley, Commercial Director at Warrens Group, said: “Expanding our capabilities is not only really exciting for us, it also provides businesses across the region with the opportunity to act in more responsible and sustainable ways to reduce their own carbon footprint.”

Inspecting the pipes
Transneft Diascan has commissioned a new 36-MSK.10-00.000 combined magnetic flaw detector with a speed controller, which allows in-line inspection of trunk pipelines, oil and gas pipelines with an outer diameter of 914.4 mm (36” API) and 965.2 mm (38” API).

The new inspection tool will allow Transneft Diascan to expand its diagnostic capabilities for the oil and gas sector. The combined magnetic inspection tool detects pipe defects located at arbitrary angles relative to the longitudinal axis of the pipeline, and among its benefits are a speed control feature.

Getting greener
The UK has reduced its oil imports by more than a fifth in five years, a new online tool from Daily FX has revealed. While the country remains the 12th biggest global importer of oil, including petroleum oils, it has taken great strides towards reducing its reliance on such environmentally-harmful fuels. Between 2013 and 2018, the UK had the eighth-best rate in Europe for reducing such imports, with its intake dropping by over ten billion kilograms (from 49 billion to less than 39 billion).

Significant contracts
South Tyneside-based Asset55 has been awarded £4 million in new contracts with three of the world’s biggest oil and gas operators. The contracts will cover construction project solutions and flange management, within the scope of software and technical consultancy. Under the agreements, Asset55 will deliver these projects globally, with footprints in China, Indonesia, Dubai, North America and the North Sea. These awards build upon a well-established client base of major operators, EPCs and service providers across the globe.