Skip to content
You are here:Home » Float on
News 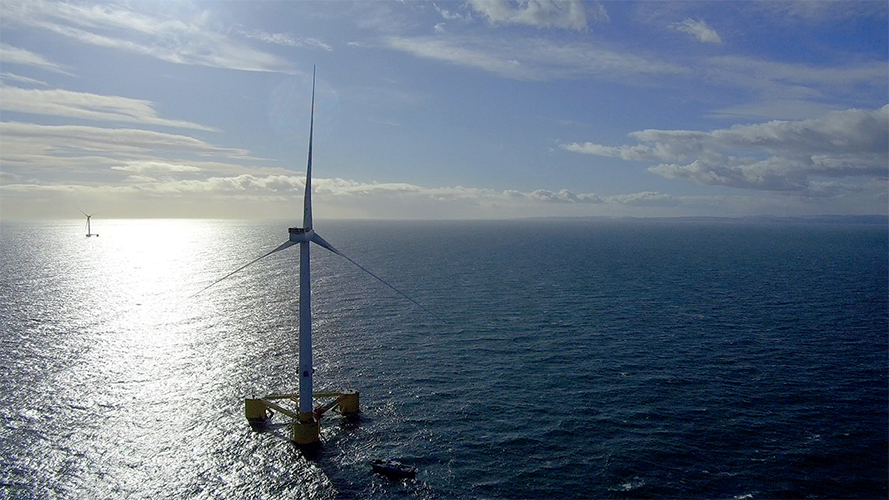 The 50 MW Kincardine Offshore Windfarm is located 15 km off the coast of Aberdeenshire, in water depths ranging from 60m to 80m. The project consists of five Vestas V164-9.5 MW and one V80-2 MW turbine, each installed on WindFloat® semi-submersible platforms designed by Principle Power. The Kincardine project was started back in 2014 by Allan MacAskill and Lord Nicol Stephen, now both directors of Flotation Energy plc. In 2016 Cobra Group became the main investor in Kincardine Offshore Windfarm Ltd (KOWL). Cobra Wind, a subsidiary of Cobra Group, has been responsible for delivery of the project, including engineering, construction, installation and commissioning.

Cobra’s Senior Manager, Jose Antonio Fernández, said: “The Kincardine project is not only the world’s largest. It has also been a fantastic foundation for other joint venture projects between Cobra and Flotation Energy. Our Round 4 success with the 480MW Morecambe project, our 7GW of bids into the Scotwind leasing round and our White Cross 100MW floating project in the South West are all signs of our confidence in Scotland and the UK Floating wind is set for massive growth in the future – and we want to do more.”