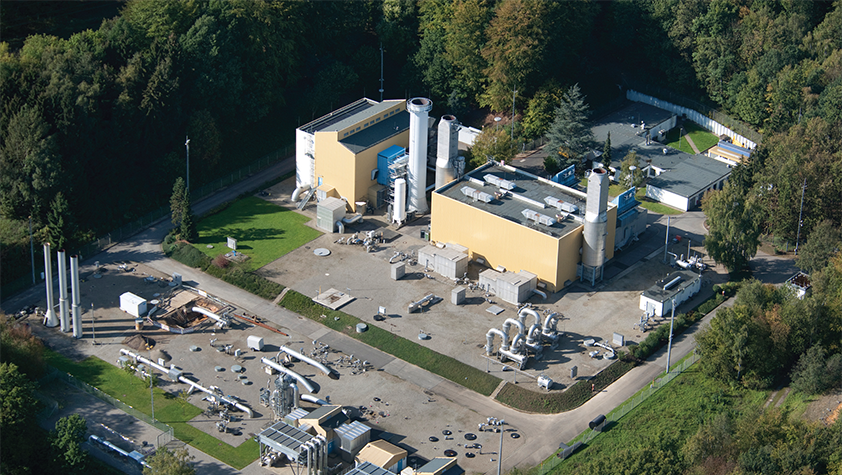 Fluxys TENP is the German operator for a stretch of gas pipeline running from Bocholtz near the Dutch border and Eynatten near the Belgian border to Wallbach, near Switzerland.

The system consists of two pipelines: the original, running two parallel pipes along the route as described, which has been operational since 1974, and a recent extension that runs from the station at Stolberg to Raeren/Eynatten at the border with Belgium, tying into parent company Fluxys’ Belgian assets. This second line was completed in 2006 although parts of it have been working since 1978. The TENP pipes today play an important role in supplying gas from Norway and LNG sources to Germany, Switzerland, and Italy.

There are a total of four compressor stations and 22 exit points along the Fluxys TENP pipelines, which run parallel for approximately 500 kilometres between the Dutch and Swiss borders (a total length of just over 1000 kilometres). The Dutch connection is made with Gas Transport Services and the Belgian connection with Fluxys Belgium, whilst the Swiss connection is made with the Transitgas pipe network. The German compressor stations are located in Stolberg, Mittelbrunn, Schwarzach, and Hügelheim.

Previously under the ownership of Italian energy company Eni, part of the TENP pipeline was acquired by Fluxys in late 2011. The sale granted Fluxys 49 per cent of stakes and assets in TENP as well as the title of transmission system operator (TSO), meaning Fluxys has the rights to commercialise more than 60 per cent of the pipeline’s capacity. German operator Open Grid Europe (OGE) owns the remaining 51 per cent stake and the rest of the capacity. “Fluxys TENP is in a co-operation with OGE, and we also use OGE as the main contractor to carry out operations and maintenance on the pipeline,” confirms managing director Erik Vennekens.

Having carried gas from the north of Europe southwards for decades, Fluxys TENP is currently preparing to modify the pipelines so as to provide bi-directional gas flows in co-ordination with Italian TSO Snam, Swiss operator FluxSwiss (Transitgas pipeline) and Belgian TSO Fluxys Belgium. “We are looking at the future of the European gas market and see there is quite a large potential for gas coming from the south,” Erik says. “By reversing the pipeline we will create an additional entry point into the German market, thus increasing the security of supply and flexibility of the network.”

The objective of the so-called reverse flow project is to strengthen security of supply by enabling pipeline users to move gas available in Italy into Germany and northwest Europe. At the same time the project creates the possibility for market players to trade gas between the gas trading places in the markets being linked through the reverse flow capacities: PSV in Italy, 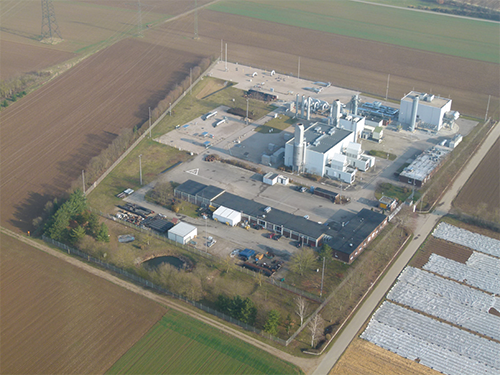 NCG and Gaspool in Germany, and ZTP in Belgium.

Looking to further fortify its position as TSO, Fluxys TENP joined NetConnect Germany (NCG) in December 2012 as a ten per cent shareholder. NCG is a gas trading place first established in 2009 that has grown to include approximately 20,000 kilometres of pipeline and almost 500 gas distribution networks throughout Germany. Fluxys TENP’s integration into this market will help it more deeply integrate the TENP system, into the pan-European system and support its objective to provide security of supply for the continent.

Since assuming its share of the German pipeline, Fluxys TENP has clearly committed itself to making the TENP network more significant than ever before. “The original idea of the pipeline was to be a trunk line for gas going to Switzerland but this situation has evolved and its intention is different today,” Erik states. “Today we are helping to develop TENP as part of the wider German gas network to offer an effective distribution service that also contributes to the security of supply in the country.” As part of the international Fluxys group, Fluxys TENP is in a perfect position to achieve that.

Though renewable energy continues to grow in Germany and throughout Europe, the cleanliness of natural gas as a fossil fuel means that it is an energy that is here to stay. With TSOs tightening their co-operation and improving their assets, the cost effectiveness of natural gas and LNG in the future will make the fuel a key element in tomorrow’s energy mix. “Renewable energy is intermittent and needs a back-up, as clearly seen during last winter. I think natural gas has shown to be perfectly complementary,” Erik adds.

With support from a strong Belgian parent and fellow TSOs in the NCG marketplace, Fluxys TENP’s project to offer bi-directional capacity will cement the system’s role as a crucial passageway for the continent’s gas. Erik concludes: “Our primary goal is to establish ourselves within the German market in accordance with international co-operation.”