A leading independent infrastructure and private equity investment manager, Foresight Group has been managing investment funds on behalf of institutions and retail clients for over 30 years. The group has over £2.7 billion of assets under its management and is one of Europe’s principal solar infrastructure investment companies with assets estimated at more than £2 billion. “Some ten years ago, we took the strategic decision to move into infrastructure investment, as we were previously focused on private equity investment, and this coincided with the rise of solar energy, which we saw as a potential game changing technology,” Dan Wells, Partner at Foresight begins. “Soon, we layered in a second sector specialism – waste to energy, which was an investment programme catalysed by investments from the Green Investment Bank. We then spent quite a few years growing the business in these two sector lines, primarily in the UK, although we also established our presence in Rome, where we grew a material solar portfolio, and then in Australia and the USA.” 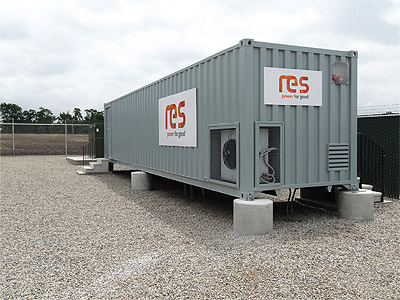 managed to mobilise the largest amount of private sector capital of waste to energy in the UK, elevating its overall portfolio of renewable assets to around 1.4GW spread across Europe, North America and Australia. “Having expanded significantly, in the last three years or so, we started to think more about how we can move beyond sector specialisms and establish ourselves as a credible generalist energy infrastructure investor. Our intention is to build diversified portfolios of energy infrastructure assets that exhibit the typical qualities we are looking for in an asset,” Dan points out.

An example of what Foresight seeks in its future assets, can be discovered in the group’s recent acquisition of Shotwick – the UK’s largest solar park. “The good thing about it, is the complexity in its mixer, particularly the way the offtake works, as well as the relatively complicated three-way grid sharing agreement that is in place, as part of the energy is sold directly to a corporate off-taker, which is the local paper mill. We believe we can drive a better return, because we possess the expertise to price an asset of this kind,” Dan comments.

It appears that Foresight has a real knack for complexity and the more intricate an energy landscape is, the more comfortable the group feels, as it can fully unfold its capabilities. This could be said with particular accuracy for the company’s ventures in the battery storage market – a sector, where Foresight’s influence has grown in recent times. The investment manager acquired the Port of Tyne 35MW battery storage project from RES (Renewable Energy Systems) in June 2017, as well as the 10MW battery storage facility in Nevendon, Essex from GRIDSERVE® and Aura Power a month later.

Sophisticated approach
Having gathered some experience in the battery storage sector, Dan provides us with a valuable review of the company’s take on the market. “While we have seen a number of opportunities, we have also noticed some specific risks that investors need to bear in mind. We feel that a more sophisticated approach is needed to manage these risks. We have made three main observations, with regards to batteries: first, renewable energy has definitely become the dominant form of power generation; second, when you build renewables, you need some other source to accommodate the intermittent distribution profile; and third, we now have a much more complex system, where we have moved away from the era of ‘feed-in tariff’ (a government subsidy scheme) to a much more complicated landscape, where there is more diversity of revenue streams. The modified landscape presents opportunities for a specialist manager like us, for we are able to source and structure assets in a very hands-on way. Thus, the breadth and depth of our human resources and expertise allow us to capture opportunities, which come and go quickly.”

Dan continues his insight on the critical sides of the market: “There is a huge amount of excitement and capital flowing into batteries, because they are flexible resources that can absorb the intermittency of renewables. However, we feel there is more to batteries when you scratch the surface, as they fill different roles in different places. We also think that these assets need a quicker payback than the solar park, for example, because there is a greater risk of technology redundancy and more productivity in the cash flows. Having said that, we want to see some level of contractual coverage on the revenue streams in this market and we have a fairly high chance to do that at the Port of Tyne and Nevendon assets.

Future opportunities
“In 2018, we aim to segment the asset mix into three baskets – renewable energy generation; renewable and enabling infrastructure; and transmission and distribution. The opportunities in front of us vary, depending on how far along our markets are in terms of renewables built out. For example, in the UK, we have had big renewables built out recently and a relatively stressed grid, meaning that we see a lot of potential around the enabling infrastructure,” Dan explains. “As to batteries, we are now building out the two batteries in the UK and we hope to see more activity in the sector in due course. The big question for batteries is when they can move beyond their niche applications. Other than that, in the renewable energy generation department, we are trying to find opportunities across Europe, particularly in the Nordics, France, Germany, and southern Europe, specifically targeting unsubsidised solar assets. Last year, we acquired the first of these on the Iberian Peninsula,” Dan reveals, referring to Vale Matanças solar farm in Alcácer do Sal in Portugal.

Evidently, the renewable sources of energy have already taken off all over the world, and their role is set to become more and more central. “It is interesting to know that there was a big discussion in the USA last year as to whether markets there can get to 80, or even 100 per cent renewable energy penetration. Mind you, just a few years ago, the debate was whether it can reach 50 per cent. Things have really changed, but if we want to continue along this path, there needs to be significant investments in the enabling infrastructure, as well as transmission and distribution to accommodate what is a fundamental redesign of our power systems,” Dan concludes.