Skip to content
You are here:Home » Forsyths Group
Insights

With roots reaching as far back as the 1890s when the business operated as a Scottish brass and copperworks, the Forsyths Group has a rich history encompassing over 125 years of industry experience in the provision of steelwork, piping, pressure vessels skid units and tanks. The company’s founder, Alexander Forsyth worked as an apprentice and later as a tradesman and foreman at the Rothes based copperworks, until finally buying the business from its owner Robert Willison in 1933. With the retirement of Robert Willison and the subsequent purchase of the company, the business was renamed A. Forsyth and Son. Today the family venture is in its fourth generation and boasts a broad portfolio of experience in the Scotch whisky, paper, oil and gas and the pharmaceutical industries. 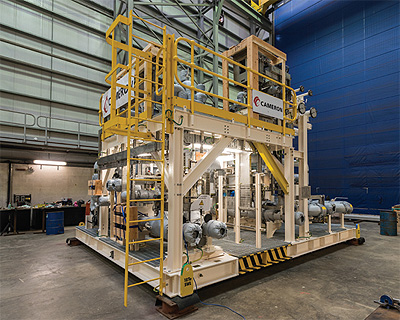 Up until the 1980s the majority of the company’s revenue was generated through the production of copper pot stills and condensers for the Scotch whisky industry. A slow-down in whisky production during this time was the catalyst for the Forsyths Group to develop its experience in carbon and stainless steels for entry into the busy paper industry. As the business continued to evolve it began to expand its presence within the oil and gas and pharmaceutical industries. At the same time the company broadened its experience in the use of exotic metals such as titanium and super duplex. “We have now had 20 successful years in the oil and gas industry and continued to build up the business during that period. Over the years we have purchased premises in Buckie and have developed two fabrication and assembly shops on the harbour side,” explains Chairman, Richard Forsyth Snr. “Like the rest of the industry we are suffering with the drop in the oil and gas business, however we have still taken the plunge and bought some premises and opened a new branch in Aberdeen that is now up and running as of January 2016.”

“We are not necessarily opening in Aberdeen because the oil and gas business is currently growing, but rather because we a looking for a slightly different ‘slice of the pie’,” adds Managing Director Richard Forsyth Jnr. “Most of the work that we undertake in Rothes is related to newbuilds, with Turnkey Skid Units and Modular Assemblies. Due to the downturn in the oil and gas market, the oil business is very much focused on the maintenance sector because most CAPEX projects have been either shelved or cancelled. The decision behind having a base in Aberdeen is to be closer to the industry’s maintenance work contracts.”

Its commitment to diversity and reinvestment has allowed the Forsyths Group to remain highly successful across all of its industry sectors, despite challenging market conditions. Although the technologies used and industries served may have changed over the years, the grassroots traditions of the business have remained the same to ensure continuously high standards of quality. While the current depression in the cost of oil has inevitably had a negative impact on the number of new projects going ahead in the oil and gas sector, Forsyths has completed several major projects within the market throughout 2014 and 2015. These include the fabrication of structural steelwork, piping and assembly of large skid units including insulation, electrical and instrumentation systems for the Shetland Laggan Tormore gas plant and a sizeable project to provide equipment for Siemens Norway to be fitted to a FPSO in Singapore. 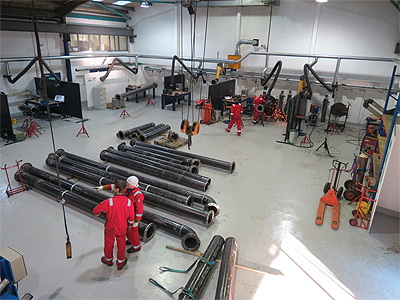 Presently around 50 per cent of the business remains dedicated to the production of distillation vessels for the whisky industry, which currently has a strong market with several industry investments and significant demand from Taiwan, Thailand and Russia. In recent months the traditional expertise of the Forsyths Group in the manufacture of distillery vessels has provided added security for the company in the face of the current low oil price. “With the core copper skills required to make the copper stills, it is not really possible to transfer the workforce over from oil and gas projects to the copper side of the business,” Richard Jnr. says. “However within the whisky distilling process there is a lot of piping and equipment that is made using stainless steel, so luckily we have been able to transfer as much of that business over to our oil and gas sheds as possible, which has helped to keep the business and our staff going.”

“The whisky market is the busiest that it has ever been in my 48 years in the industry,” reveals Richard Snr. “Not only is the Scotch whisky industry still growing, but Irish whisky has gone ‘through the roof’ in recent years. We are currently designing and building distilleries on a worldwide basis including clients in the Far East, the Americas and smaller facilities in Europe, meaning that we are truly a global operator in the supply of distillation equipment.”

Throughout 2016 and beyond, Forsyths will continue to develop its presence in the energy market, while maintaining its market within its historic distillery business. The company was recognised by several industry awards throughout 2015, including the Moray Chamber of Commerce Export Award and entry into The Sunday Times HSBC International Track 200. “Because we are so diverse and flexible, we have been able to keep up our turnover and profitability,” concludes Richard Jnr. “We are talking to the nuclear industry, which potentially has billions to spend over the next five to ten years and have recently been awarded ‘Fit for Nuclear’ accreditation. We are certainly looking forward to seeing this side of the business grow over the coming years.”