Back to Features > Fuelling tomorrow

WHY BIOLPG IS AN OPPORTUNITY NOT TO BE MISSED IN A GREEN RECOVERY. BY GEORGE WEBB

WHY BIOLPG IS AN OPPORTUNITY NOT TO BE MISSED IN A GREEN RECOVERY. BY GEORGE WEBB

This is a time of unprecedented uncertainty for much of the energy sector. Earlier this year, the International Energy Agency found that global energy demand declined by 3.8 per cent in the first quarter of 2020 alone and is expected to fall by six per cent throughout the year, wiping off the last five years of growth, the fastest decline in 70 years. However, amidst this market turmoil, renewables were the only source that posted a growth in demand. In 2019, biofuel production alone expanded six per cent year-on-year. This presents a huge opportunity for bioLPG, a renewable 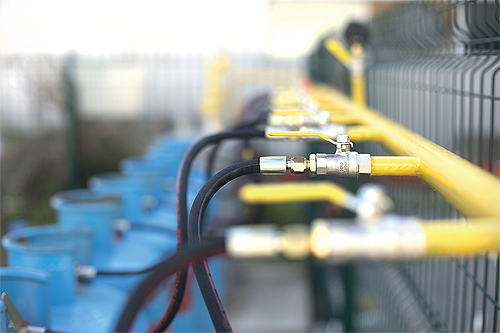 heating fuel, which is able to capitalize off the back of growing demand for LPG. Liquid Gas UK’s first ever LPG census found that the LPG industry is expected to grow over the next five years, boosted by over £100m being invested in bioLPG.

So, what is bioLPG and what is the reason behind the expected growth?
One of the reasons behind bioLPG’s expected success is because of the growth of its ‘parent’ fuel, LPG. LPG is already a popular, low-carbon solution for heating off-grid homes and businesses, as well as fuelling processes across a number of sectors including agriculture, construction, leisure and hospitality and industrial processing. There are immediate benefits from installing LPG today; it emits 33 per cent less carbon emissions than coal and 20 per cent less than oil. Clean-burning and smoke-free, it also emits lower levels of NOx, SOx and Particulate Matter compared to other available fuel sources. It’s flexible, with uses including space heating, hot water, cooking and process heating. Like renewables, the UK LPG industry is seeing growth despite the threats posed to the economy by Covid-19 and Brexit, with 86 per cent LPG suppliers still expecting to grow over the next 12 months.

BioLPG goes even further on the carbon front, emitting 90 per cent less carbon compared to conventional LPG. The beauty of bioLPG is that it’s also a ‘drop in’ solution that can be used in all the existing infrastructure and equipment in homes and businesses. With homeowners and businesses switching to LPG, the path to the cleaner bioLPG is an easy one. The fuel also has the added benefit that it can be blended with LPG, which enables a seamless transition to a renewable fuel.

While the focus for many policy makers is to decarbonize mainstream energy networks, bioLPG will have a crucial role to play in decarbonizing the off-grid homes and businesses. These properties all utilize fuels such as LPG, oil and coal to generate heating and hot water. Many of the over two million off-grid homes across the UK are old historic buildings that are hard to heat due to the lack of insulation. The significant majority of them (1.1 million) are currently using oil, a high polluting fuel.

With this in mind, the Government’s Clean Heat Grant, starting in August 2020, is missing a trick by focusing all its attention on heat pumps. Particularly as research undertaken by Ecuity Consulting, on behalf of Liquid Gas UK, has shown that a mixed technology approach involving a mix of LPG/bioLPG and heat pumps to decarbonizing heating systems in off-grid homes in the UK would save over £7 billion, the equivalent of over £4,700 for homeowners.

Helping rural businesses hit net-zero
BioLPG isn’t just a game changer for rural off-grid homes but has the potential to make thousands of businesses to achieve net-zero. The fuel has a number of applications across different industries such as industrial processes, transport, food and hospitality, fuel shipping, agriculture and even space travel. Indeed, according to the LPG census, the sectors of significant growth for LPG/bioLPG over the previous 12 months were domestic heating, leisure and recreation, hospitality and street food, and agriculture. Overall, the LPG/bioLPG industry is worth over £1 billion to the UK economy.

Green recovery potential
The Covid-19 pandemic has led to a lot of talk about a green recovery. Already several governments around the world attached conditionality to bailout packages for high emitting industries. A good example of this was the French Government demanding that Air France cut its emissions by 50 per cent for domestic flights by 2024 in exchange for aid. Now we must see if these promises deliver. The world needs to turn to cleaner fuels and bioLPG has the potential to play a crucial role in this cleaner revolution.

There is no doubt that significant investment is required across the UK and Europe to meet the future demand. In the UK, we are already working towards that goal. Last year, the industry signed up to a commitment to switch completely to bioLPG by 2040, with many members already starting the process of investing in acquiring or producing bioLPG, as well as in improving industry 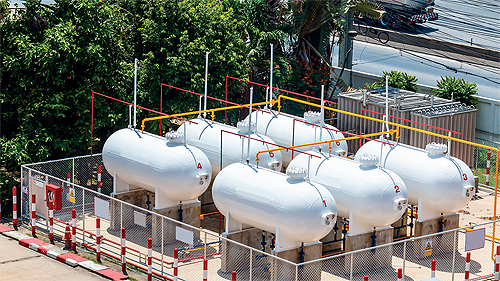 infrastructure such as storage facilities.

BioLPG is made from non-fossil fuel sources, mainly sourced from waste products from the renewable diesel production process such as the hydrotreated vegetable oil (HVO) process. With the array of feedstocks available for producing bioLPG, the future of processing means that we will have regionalized solutions that harness local fuel sources, as well as being a co-product from UK bio-refining. This means that production will become more affordable and scalable. This will enable industry to work with Government and devolved administrations to tailor solutions for particular regions or areas, strengthening future supply resilience for a fuel that is only likely to grow in demand.

With £100m being invested bioLPG across the UK, the industry has kick-started some of the investments needed. However, if the UK and the world are serious about a green recovery, then more must be done by governments to invest in bioLPG. The technology and fuel exist, and the environmental benefits are crystal clear, what must come next is a commitment from Government on its choice of technologies to back and investment. Supporting bioLPG would provide a clear pathway to cleaner technologies, building upon LPG and its existing infrastructure, which can be deployed in homes and business quickly and easily, opening the door towards a green recovery.

GEORGE WEBB
George Webb is CEO of Liquid Gas UK, the voice of the Liquefied Petroleum Gas (LPG) and bioLPG industry in the UK. It has been providing support and representation to the LPG Industry since 1975. Its purpose is to champion the growth and sustainability of the UK LPG industry, influence government policy, keep members informed and promote safety.
For further information please visit:www.liquidgasuk.org