Back to Features > Get ready for change

Get ready for change

Implications of Brexit on the energy sector. By Massimo Merola

Implications of Brexit on the energy sector. By Massimo Merola

EU and the UK energy markets will need a new legal framework to interact with each other following Brexit. EU law will remain enforceable until then, undoubtedly, but energy will be a complex chapter in the UK negotiations to obtain access to the EU internal market, and the outcome is highly uncertain.

The challenges of Brexit facing the energy sector are not limited to the re-enactment under national law of EU regulations that have applied in the UK without the need of implementing measures under national law.

Due to the interconnection of energy markets, it will be essential for the UK to reach an agreement with the EU and neighbouring member states. However, the impact will go beyond the cross-border physical trading of energy given that, post Brexit, there will not be any regulatory framework for: (i) the cross-border financial trading of energy products, (ii) REMIT and other market integrity mechanisms, (iii) EU funding for strategic infrastructure, (iv) emission trading mechanisms, (v) security of supply solidarity, etc. An additional issue of great complexity is the absence of a regulatory framework for state aid. Interestingly for future UK negotiations in the energy sector, the EU and the Swiss Confederation are currently negotiating an agreement concerning the energy sector.

Investment will be the first to be affected by Brexit. The energy sector is highly regulated and uncertainty will have an impact on investment until the post-Brexit UK-EU relationship is defined. However, not all energy projects will be affected in the same manner: some might be put on hold (e.g., the EDF’s wind energy project in Scotland) whereas others might gain momentum (e.g., the French-Irish interconnector).

The possibility of obtaining incentives without any state aid control may be seen as a positive development for investments. Indeed, the current state aid rules will not apply in a post-Brexit UK. However, investors should be aware that access to the EU market is implausible without commitments from the UK to avoid distortions of competition. As existing WTO provisions are insufficient, the UK might be required to introduce some form of state aid control. This can be achieved by entering into either a multilateral agreement – such as the one for the EEA that includes Iceland, Liechtenstein and Norway or a bilateral agreement.

State aid control under the EEA model is substantially similar to the one under EU law and implies entrusting enforcement to an independent supranational authority. Conversely, the model under a bilateral agreement offers more flexibility in the design of a state aid control mechanism. For example, EU candidate countries implement state aid rules into national law, based on EU standards, and the national authority is responsible for their enforcement. Another example of state aid control under a bilateral model is the one implemented by Switzerland, in which state aid rules are limited to specific commitments in treaties with the EU. The air transport sector, for instance, is subject to state aid control, although its application to other sectors is controversial in Switzerland. Back in 2007, the European Commission unilaterally declared some special company tax regimes in Switzerland incompatible with the EU-Swiss Confederation agreement of 1972. A much awaited joint statement on business taxation in 2014 solved this controversy.

This all shows that, even though is too early to foresee the outcome of the Brexit negotiations, UK businesses planning investments should not expect a relaxation of state aid control for the foreseeable future. As regards internal market rules, both EU-based energy businesses and UK businesses should anticipate changes in energy policies and instruments after Brexit (to give just one example, changes to national emissions targets that were set on the basis of the relative wealth of the member states – which have taken the UK’s wealth into account until now). These changes are expected to have a wide and deep impact on EU energy policies and, although environmental policies are the most obvious example due to the effort-sharing principle, Brexit will trigger a redefinition of EU policies on security of supply, strategic infrastructures, financial trading of energy products, to name just a few. 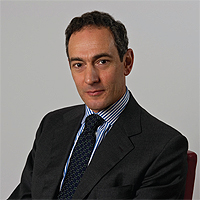 Bonellierede
Massimo Merola is a partner in the BonelliErede Energy & Infrastructure Focus Team. BonelliErede is the market leader for legal services in Italy, with a team of over 300 professionals based in Milan, Rome, Genoa, Brussels and London. The firm has a variety of sectors offering services in all areas of business and criminal law.