Skip to content
You are here:Home » Greater understanding
Mining Features 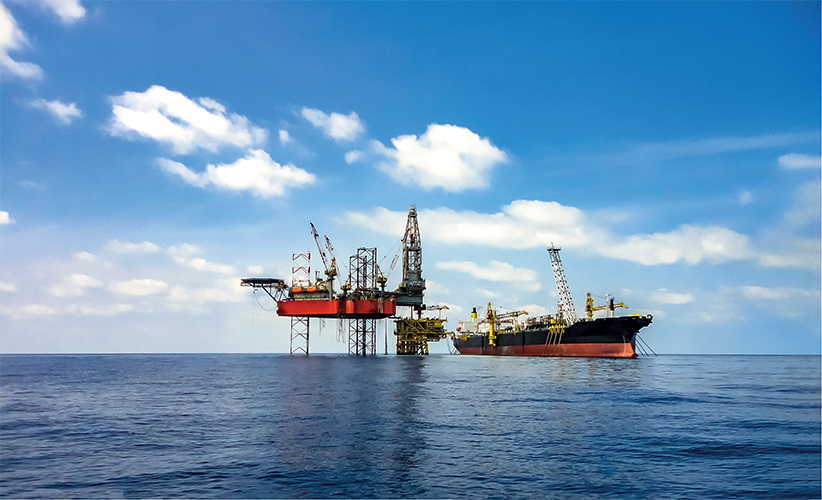 FPSOs – floating production storage offloading facilities – have revolutionized deep-water drilling, enabling oil companies to produce oil in areas that were not previously economically viable. Following a challenging 2020, the FPSO market has had a booming year, with more contracts awarded in the second quarter of 2021 alone than during the entire 2020. Some estimates suggest the market could reach a projected $67 billion by 2027.

But FPSOs have traditionally been a fertile ground for uncertainty, and the pandemic has only exacerbated the risks inherent in these highly complex vessels. The market has seen an increase in disputes over both the order process and then specification after delivery, while the relatively nascent opportunity to redeploy vessels is one that the industry has yet to fully exploit.

Redeployment, new-build or conversion?
Operators have three options when procuring new FPSOs: redeploy an FPSO that has been operating on another field; order a custom-built vessel; or convert an existing tanker.

Redeployment
Redeployment offers significant opportunities for those that can make it work because of the potential cost benefits of being able to re-use an asset. The difficulty in redeployment is that most FPSOs are highly optimized for the exploitation of a specific deposit with its own characteristics, from oil specification to water depth. Moreover, different deposits fall under regulatory regimes with their own requirements and aged vessels often require another phase of conversion to be restored to operational readiness.

The key to a successful redeployment lies in de-risking the new project as far as possible for the new owners, including by ensuring that all maintenance, design and specification documentation is correct and up-to-date.

New-build FPSOs
There has been a gradual shift towards new-build FPSOs over conversions, on account of growing investment toward exploitation in more challenging environments with more extreme seas or weather conditions. The opportunity to have FPSOs with optimized design parameters, lower operational costs, the latest offshore technologies and advanced safety features are all huge draws for new-build investments. However, significantly higher CAPEX and longer project schedules compared with converted alternatives remain the major obstacles.

Conversion
Conversion has the advantage of speed: in an industry that is highly susceptible to oil price volatility, being able to exploit deposits as quickly as possible is a key driving factor. It also allows operators to drive faster returns on capital. Conversion vessels are also typically based on large mature vessels, often more than 20 years old, allowing a degree of recycling to take place.

Causes of disputes
The complexities of FPSOs and the way in which they are procured generate tension between owners/buyers and builders and increase the potential for commercial disputes.

FPSOs are not bought off the shelf; they require significant customization, and lead times can exceed three years. That leaves significant time for market changes which may threaten the viability of projects between order and delivery.

Delays are commonplace in FPSO deployment. Owners and builders frequently find themselves in the position of deciding whether to leave the unit at the shipyard for longer than planned, or carry over aspects of the work for completion while the FPSO is being towed to the field. FPSOs rarely leave the yard in fully finished condition, resulting in the buyer or charterer performing some completion and commissioning works itself. While owner-led commissioning can optimize operation, the scope must be clear to avoid disputes as to whether the vessel was delivered in a satisfactory state within the contract terms.

Conversion disputes
One of the biggest challenges with a conversion over a new-build is the additional layers of contractual complexity. According to Crondall Energy Consultants, conversions both in terms of schedule slippage and cost growth.

FPSO conversion frequently requires the use of additional construction phases and contractors. These services are usually carried out by different providers across different jurisdictions which increases the risk of disputes.

Most conversions are from existing tankers that were designed for a very different purpose. There is often a degree of uncertainty over the vessel’s condition and the degree of hull repairs that will be required. These issues can lead to cost overruns, and extended conversion times can become an occupational hazard of a conversion project, leading to further contractual disputes.

Redeployment disputes
Redeployment projects present many of the same issues as conversion projects.

An additional challenge is finding an alternative customer whilst the vessel is still in its development phase where the original client’s needs have changed. There rarely is an easy fallback option in this scenario, meaning legal recourse is more likely than in a more traditional plant construction project.

Meticulous planning and up-to-date data are integral to success. A properly defined scope of work should be established and realistic timetables agreed upon. Eliminating changes during a project is crucial, as the knock-on effects of such decisions are the most common reason for delays. Determining what parts of the vessel can be reused at the very start of the process can mitigate this risk.

The bottom line
The FPSO market will continue to grow and mature, driven by the shift towards more remote offshore locations at the same time as budgets are being reduced and the oil price remains volatile.

With this platform for growth comes greater challenges, often in the form of disputes, which can be very costly. A greater understanding of the types of conflicts that can arise, particularly in the redeployment space, should enable improved contractual arrangements, better risk management and a more realistic approach to developing projects.

JULIAN BAILEY, CLARE CONNELLAN AND DAVID ROBERTSON
Julian Bailey, Clare Connellan and David Robertson are partners at White & Case. White & Case is an international law firm that serves companies, governments and financial institutions. With offices in over 30 countries, White & Case is one of the world’s leading law firms and supports its clients to resolve their most complex legal challenges.
For further information please visit: www.whitecase.com