Aligned to the market

As a Transmission System Operator (TSO), GRTgaz Deutschland operates one of the major pipeline systems in Germany that connects the Czech Republic, Germany, Austria, and France.

This system is known as MEGAL and is made up of the MEGAL Nord (North) pipeline and MEGAL Süd (South) pipeline, which are interconnected by a pipeline at Rothenstadt. GRTgaz Deutschland operates the MEGAL pipeline as part of a joint venture with Open Grid Europe GmbH.

The MEGAL Nord pipeline consists of two parallel pipelines of 460-kilometres length respectively, which connect two cross-border points; Waidhaus on the Czech border and Medelsheim on the French border. MEGAL Süd is a 167-kilometre pipeline, which joins Oberkappel at the Austrian border with Schwandorf in Bavaria.

Established in 2005, GRTgaz Deutschland is a fully owned subsidiary of the French energy company GRTgaz SA. Since October 1st 2009, the company has also been a TSO in the market co-operation known as NetConnect Germany (NCG), where it makes a significant contribution to the simplification of gas transport in Germany and Europe, as well as to the security of supply.

“MEGAL is a major gas artery in Europe, but especially for Germany,” begins Nicolas Delaporte, managing director of GRTgaz Deutschland. “It has two main functions; to bethe backbone of gas transport in the southern part of Germany, and to act as a link between eastern and western Europe as the only point of access to gas from Germany into France.” 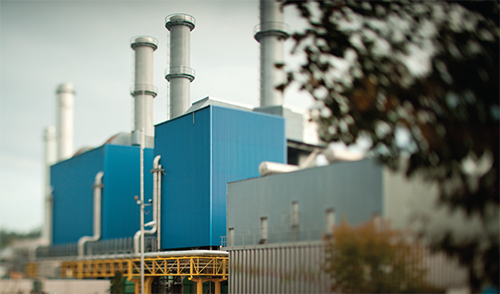 However, whilst the pipeline may have been founded to initially act as a transit route for the import of Russian gas into western Europe, today GRTgaz Deutschland acts as a completely integrated entity in Germany’s NCG co-operation. As such, the MEGAL pipeline provides access to more liquidity in the market by acting as an entry and exit route for gas in the German market, and beyond into wider Europe.

Recently, a new 130 million euros extension to the MEGAL Süd pipeline was inaugurated by the Bavarian Ministry of State for Economic Affairs, Infrastructure, Transport, and Technology, running the 72-kilometres from Schwandorf to Windberg in Bavaria. This new system lies parallel to the existing Oberkappel-Schwandorf MEGAL pipeline. As to the reasons behind this development, Nicolas notes: “At present we have a bottleneck in the exit point at Oberkappel as shippers look to access the Central European Gas Hub (CEGH) in Austria. This acts as an online platform for the settlement of natural gas trading activities in the Austrian transmission system. A lot of the gas at the CEGH is coming from Russia, which traders wish to exchange with cheaper gas coming from western Europe, so the new pipeline will relieve pressure on the Oberkappel exit point and provide more liquidity in the Austrian market. The other driver behind the development of the new extension is to meet the increase in gas consumption in southern
Gemany.”

The extension to the MEGAL pipeline forms a key part of GRTgaz Deutschland’s forward investment programme, which until 2014 amounts to almost 350 million euros. Another major point of development is the modernisation and upgrade of the compressor stations operated on the MEGAL pipeline to ensure they meet new legislation regarding emissions. This work has already begun, with the erection of a brand new compressor station in Wildenranna. “The third investment that we have planned is the construction of a new network connection point in Gernsheim, which will link the MEGAL pipeline with the MIDAL network operated by Gascade Gastransport GmbH. This is expected to come on stream in 2014,” highlights Nicolas.

“On top of that we continue to make investments into IT in order to meet regulatory requirements for the auction of capacity products or sale of bundle products at border points. The investment we make here is to accommodate the building up of the European energy market to the benefit of both the shipper, and the liquidity of the market,” he adds. This is also in keeping with the MEGAL pipeline’s reputation of being one of the most efficient and advanced gas transport systems in Europe. Much of this is down to the long-lasting co-operation between GRTgaz and its joint venture partner Open Grid Europe, which takes a common approach to solving technical challenges, and exchange of know-how.

Although the developments proposed by GRTgaz Deutschland over the coming years are helping contribute towards the liquidity and security of gas supply, the make-up of the global energy future is still an area of discussion and debate. “In the short term gas remains a highly demanded source of energy, particularly for heating, but longer term its role is less clearly defined. We believe that gas transport as a whole offers great prospects, and could be a strong partner to renewable energies by providing a stable energy source at a reasonable price and with good environmental acceptance, and as such we hope it gets the place it deserves in the future of energy,” concludes Nicolas.