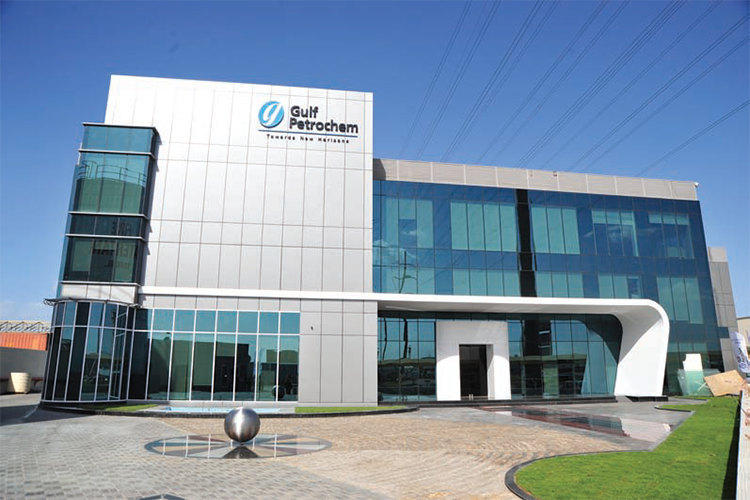 Founded on the pioneering vision of Mr Ashok Goel and Mr Sudhir Goyel, Gulf Petrochem Group has become a leading player in oil space in the decade and a half since its inception in 1998.

This was sparked by the commissioning of a refinery in Sharjah’sHamriyah Freezone, where Gulf Petrochem is also headquartered, and just a few years on the group has established itself into six strategic business units; oil trading and bunkering, oil refining, grease manufacturing, oil storage terminals, bitumen manufacturing, and shipping and logistics.

All of the units work together and support one another. In addition Gulf Petrochem maintains refining and storage facilities elsewhere in the United Arab Emirates (UAE), and trading offices in Dubai, Mumbai, Delhi, and Singapore. Completing the global presence is a range of subsidiaries including Gulf Petrochem PTE Ltd in Singapore, Gulf Petrochem (I) Pvt Ltd in India, and Gulf Petrochem SA in Geneva. Each of these elements contributes to the company’s vision to be an integrated multinational energy organisation driving international growth.

Petroleum is at the heart of all these activities, and over time Gulf Petrochem has expanded into the various verticals of oil including fuel oil, base oil, bitumen, naphtha, and grease. The ongoing success of the company has been secured through the commissioning of a state-of-the-art PLC-based condensate splitter, expansions in the oil trading and bunkering sides, and its strategic position in the storage industry to handle different feedstock and finished products. This supported the new Fujairah Oil Terminal development. Likewise Gulf Petrochem continues to invest in its technological base and equipment to ensure the quality of its products.

The first stepping stone though was the Hamriyah-Sharjah refinery, which firmly established Gulf Petrochem in oil production. This is currently working at capacity with plans being drawn up for an extension to the facilities. The company also had plans to set-up similar refineries in Tanzania and Saudi Arabia. Connected to this is the oil storage terminal, also situated in the Hamriyah Free Zone, which has separate pipelines to the harbour berth for white and black oil products, and a dedicated line for bitumen. 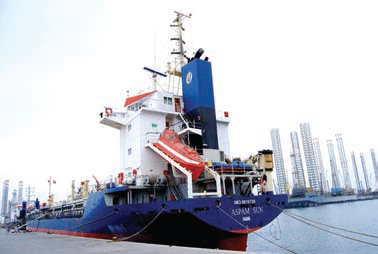 The terminal acts as a central point in Gulf Petrochem’s manufacturing process by supporting the storage of vessel loads of feedstock, and enabling the addition of new elements such as blending products to create customer-specific grades. In total the Hamriyah facility has 14 tanks with capacities ranging from 600 to 3700 cbm, adding up to 35,000 cbm. Gulf Petrochem has aspirations to enhance this storage capacity by another 200,000 cbm, whilst an upcoming new pipeline from the main Port of Hamriyah to the terminal will change the current logistics scope at Gulf Petrochem significantly.

Also operating out of the same site is Gulf Petrochem’s bitumen division, which focuses on the manufacture, storage and international supply of such products. The company maintains two 3000 MT bulk storage tanks for this purpose. The products are supplied according to different grades, including penetration and viscosity for a variety of different purposes. Bitumen is one of the traded products, alongside base oils and other clean petroleum products like gas oil, that Gulf Petrochem transports on its in-house fleet of tankers. Owning its own vessels gives the company much better control over its entire supply chain and this translates into cost savings.

Lubricating grease is yet another area where Gulf Petrochem intends to lead the way as a first choice supplier of customised solutions. The company lives up to this role through close customer relationships and a proactive market-focused portfolio of products and services. Production takes place in Gulf Petrochem’s ultra-modern, fully-automated state-of-the-art facility which has a monthly capacity of 1800 MT. The company also boasts a technical tie-up with Lubrizol USA, world leader in additives, for support and access to its worldwide laboratories. This enables Gulf Petrochem to offer specialised formulations to meet the niche requirements of its customers.

Earlier this year, the company opened phase one of its new terminal facility at Fujairah with the aim of spearheading the next period of growth. With Fujairah being the third largest bunkering centre in the world, and on an international shipping route almost 40,000 ships a year pass to and from the gulf making it an attractive storage location. Initial capacity is 412,000 cbm but with the terminal having been very successful since its opening, Gulf Petrochem is already tendering for the next phase of expansion.

Completing the terminal portfolio is the Pipavav oil terminal in Gujarat, India. The port itself is managed and operated by APM Terminals, and its proximity to robust rail and road networks provides a logistical advantage, connecting it to the critical markets of the hinterland, northwest and central India. Operated by the Group’s subsidiary Gulf Petrochem India Pvt Ltd, the Pipavav oil terminal has been created as a modern facility for liquid cargo storage. This consists of 318,000 cbm capacity for fuel oil, gas oil, base oil, edible oil, bitumen and RPO.

Looking to the future it seems that Gulf Petrochem is continuing its rapid expansion having secured a large plot of land at Port Klang in Malaysia for the construction of another oil terminal. Each of these milestones sees the company widen its global presence by positioning itself within the areas of prime activity. In this way Gulf Petrochem will continue to move up the industry value chain, as it works to meet the guiding vision of its founders.