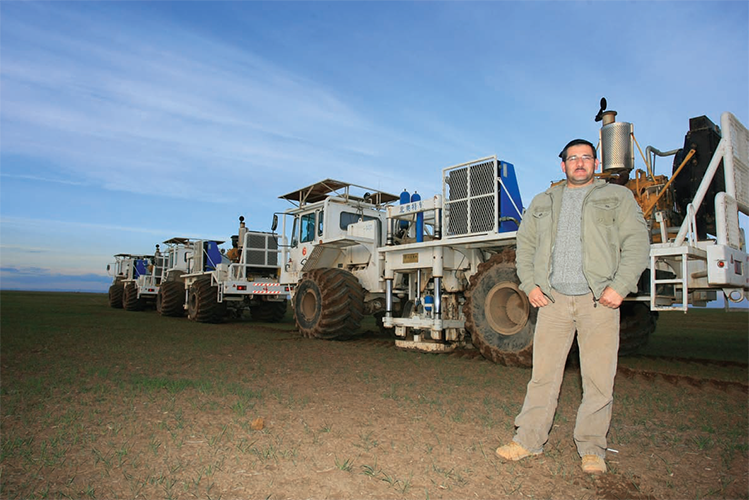 Gulfsands Petroleum PLC is an independent oil and gas exploration and production company, incorporated in the United Kingdom.

Its main focus is on the Middle Eastern and North African markets, although the company also has exploration activities in the US, Colombia and Italy.

Since it was last featured in European Oil and Gas Magazine in 2010 the company has faced a tumultuous three years, having to remain both robust and adaptable to weather the storm caused by the civil unrest in Syria. Prior to sanctions being imposed on Syria and some of its officials by the European Union in 2011, Gulfsands was operating production of 25,500 barrels of oil per day (BOPD) of which half was to Gulfsands’ account. When the EU’s sanctions finally forced Gulfsands to issue a notice of force majeure to the Syrian government indicating that it was ceasing exploration and production activities in the country, it had been working to increase its rate of production to 35,000 BOPD per day and had also made two further discoveries during the latter half of 2011. Unfortunately, the unrest within Syria meant that the latest discoveries remain to be appraised for development. However, before operations ceased Gulfsands was able to increase its reserves to 76 million barrels (mmbbls) proved plus probable (2P) for exploration with further reserves estimated at 11 mmbbls before appraisal.

“Obviously everyone has seen the unrest in Syria,” comments Ken Judge, Gulfsands’ commercial director. “I suppose if there is any silver lining it is that our assets in the North East of the country remain intact and the reserves we have identified remain largely untouched. We have maintained an open dialogue with regulatory authorities and with the Syrian government, as have all the other international oil companies previously operating in the country, and we all expect to be able to return to our contractor roles once the EU sanctions are modified to allow us to do so.”

Fortunately Gulfsands’ hard work in Syria prior to the country’s slide into civil unrest has paved the way for its dynamic programme of diversification, which was designed as both a logical progression for the company into new markets as well as a mechanism for maintaining the business before it eventually returns to its Syrian operations. “We were very fortunate that when these sanctions hit us we were well cashed up and debt free and we had just over $125 million dollars in the bank, which was the product of our hard work in Syria,” Ken elaborates. “We spent the last 18 months since early 2012, actively pursuing a diversification strategy, principally in the MENA (Middle East and North Africa) region that culminated in January this year with the acquisition of a substantial portfolio of development and exploration assets in Morocco. 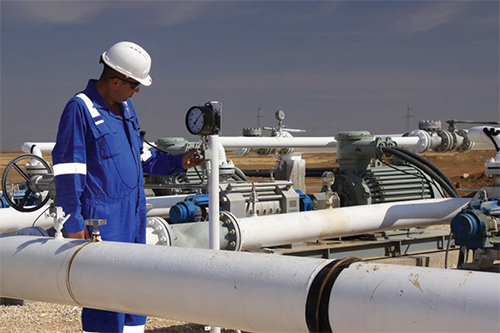 “That acquisition took place in mid January and we have moved very swiftly, with the great help of many of our team from Syria, to commence two seismic programmes, a 2D and a 3D seismic programme and to bring a drill rig into the country to begin the first of a nine well programme that will commence next month. We are optimistic that by the beginning of 2014 we should be producing gas from the wells drilled during this programme,” he reveals.

Morocco has become very fashionable and appealing to oil and gas contractors in recent years and Gulfsands is fortunate in that in identifying the country as a possible market the company has proven to be slightly ahead of its competitors within the industry. The early entry into this market has had a number of positive effects for Gulfsands, firstly the company has again displayed a tenacious ability to hit the ground running and further develop its reputation as a professional and skilled operator in oil and gas exploration and production. Secondly, Gulfsands’ savvy in entering the Moroccan market early has allowed it to leverage a key market position at a substantially lower cost than that faced by other companies looking to follow suit.

Elaborating on the importance of this to the company and wider industry in general Ken says: “We have put the business in a position where we should generate near term revenues that should sustain it and with a little bit of luck, make an oil exploration discovery that would be transformational for Gulfsands. The fiscal terms in Morocco are generous and obviously it’s an energy deficient country, which is what is encouraging many in the industry to go look at it.”

While Morocco represents an exciting development and potentially very lucrative opportunity for the company, Gulfsands has learned important lessons from the Syrian crisis and from the fate of other companies that were less robust and able to recover from the sudden shift in the market. Complimenting its expansion into Morocco the company is active in Tunisia, where it has a 70 per cent interest in the Chorbane joint venture and also has operations in Colombia and Italy. “We have gone back to our roots as the company originally commenced with some assets in Colombia,” Ken explains. “It is an area that is well known for its petroleum prospectivity and for having very good fiscal terms. We are gently looking to build another leg of the business in Columbia,” he confirms.

While the past three years have proven to be the most challenging in the company’s history they also represent something of a triumph for Gulfsands. It has not only managed to emerge from the potentially devastating break in its operations in Syria in a highly robust financial position but has demonstrated an intrepid ability to discover new opportunities and turn adversity into a launch pad for new markets. Moving into the future it appears that Gulfsands will one day return to Syria and other markets stronger than ever.