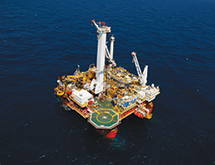 Some companies may be set in their ways, but not Helix Energy Solutions Group (ESG). Instead, the company thrives by recognizing opportunities and being willing to “move ahead of the market,” Commercial Manager of Sales for Well Ops US Kurt Hurzeler says.

Headquartered in Houston, Helix specializes in well intervention and subsea contracting services. Hurzeler says the company’s history goes back to the 1960s, when it started as a diving firm.

Over time, he says, Helix became one of the largest diving companies in the Gulf of Mexico, repairing and maintaining subsea structures and removing old wells. During those projects, the company began installing pipelines and other pieces of infrastructure, eventually forming a subsidiary construction group.

“In the early 1990’s, we began purchasing oil and gas properties which were required to be decommissioned,” Hurzeler says, noting that through enhanced oil and gas recovery Helix ESG often extended the lives of these wells to up to 12 years. The company began operating dedicated subsea well intervention vessels in the North Sea and converted the first such vessel for operations in the Gulf of Mexico in 1997. Helix also grew with its purchase of Canyon Offshore, a subsea robotics company, in support of the growing subsea operations.

In 2006, Helix split itself up, Hurzeler says. While a new company, Cal Dive International, took the diving portion of the business, “We kept production, construction, subsea intervention and robotics,” he recalls. In 2013, it sold its oil and gas exploration and production business, and over the past several years, it has narrowed its focus to subsea intervention and subsea robotic vehicles.

“[We’ve covered] pretty much the gamut of companies that operate in deep water offshore,” Hurzeler says. “I believe that we are, by quite a large margin, the industry leader and that we are in a very unique position.”

Building in Advance
Hurzeler joined Helix ESG in 2001, and says he has appreciated the company’s willingness to take advantage of new opportunities, “including … new assets coming to the market,” he says.

One example of Helix’s adoption of new assets, he notes, is the company’s Q4000 deep-water well intervention vessel. After successfully introducing the application of a semi-submersible rig into the Gulf of Mexico intervention market, Helix ESG purchased the design of a prototype vessel and built it to service the domestic offshore market.

“[We invested] a very large amount of money to deliver that into the Gulf of Mexico,” he recalls, noting that the company introduced this ahead of the rest of its market in 2002. “[We’re] willing to build in advance for the market that’s developing ahead of us.”

The company’s bet paid off. Since the Q4000 began service in the Gulf of Mexico in 2002, it has developed one of the most extensive well intervention track records of any vessel in the world and can perform at water depths of 10,000 feet.

The drilling market is working to catch up to the ramp-up in operations. “That will probably happen in the next three to four years [as we add] new drilling vessels,” he says.

However, “We’re well positioned to address the future needs over the next 10 years,” he continues, noting that the company intends to make more technical changes and modifications in the next decade. “We see our strength in recognizing appropriate technology, modifying and deploying it effectively.”