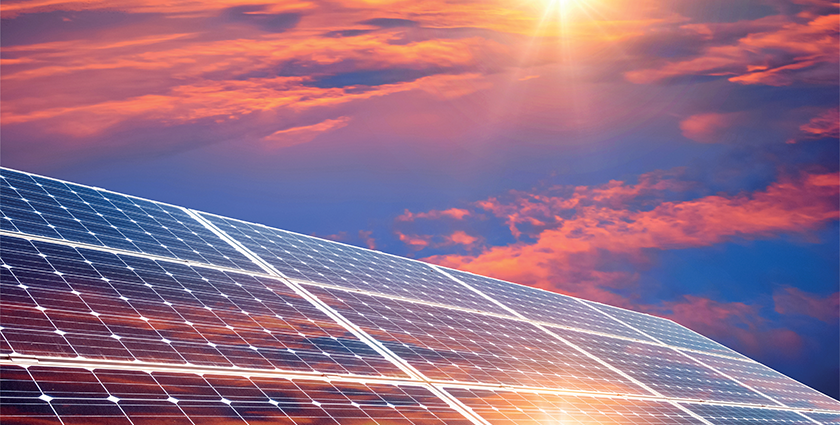 The realities surrounding climate change and the need to act swiftly are undeniable. These facts are no longer the subject of debate, but instead we’re left with the difficult part: identifying and implementing the right pathway forwards. While long-term goals continue to highlight the need to diversify energy sources away from reliance on just fossil fuels, geopolitical events continue to highlight how premature it is for global energy systems to shift away from oil and gas (O&G). As such, the approach of embracing diverse energy sources remains the most keen and forward-looking portfolio for stakeholders in energy.

As the O&G industry thus looks to keep up its momentum in embracing necessary Environmental, Social, and Governance (ESG) goals, tapping into the possibility of renewable energy for their own energy needs becomes an obvious and necessary step. In particular, solar developers, like ibV Energy Partners, have been seeing real progress and traction in helping these O&G companies to embrace renewable energy practices in their own operations. While that pairing of solar and O&G may seem counterintuitive to some at first glance, the reality remains that this pairing is a natural and co-beneficial one. And given the certainty that both O&G energy and more renewable sources are going to be needed simultaneously for the coming years, the best approach remains one of collaboration rather than competition, bringing out the best opportunities for each energy source.

So, with the O&G sector moving to the edge of this new frontier, what are the key ways in which solar developers can help O&G companies make this push to a more ESG-focused future?

The O&G embrace of ESG
Broadly speaking, the sustained push for ESG in the O&G business really picked up steam in the past five years amid an environment of shareholder activism, public pressure, and board room shake-ups. These factors all led to companies seeking to act on climate, to embrace sustainability, and to look towards a green future. This period represented a real turning point because the pressure was now coming from two different but equally impact areas: Wall Street and Main Street. That combination was impossible to ignore, and O&G companies started to commit to ESG principles without looking back.

But from a practical standpoint, the actions taken to embrace ESG would of course not be to simply shut down and no longer remain in the business of producing these fossil fuels. No one knows better than O&G leaders how integral these fuels remain (and will continue to remain) across the national and global economies (look no further than the disruption that the unavailability of Russian gas has created across Europe this past spring). While advancements in renewable energy, in electric transportation, and other major sectors of the clean energy transition have made tremendous strides in recent years, to shut off the tap of O&G would bring the world’s energy systems and economy to a standstill. It may happen eventually, but the world is not prepared to be hydrocarbon free today.

In the meantime, though, O&G companies are actively diversifying their assets:

These areas all represent clean energy adaptations and strides towards the ESG targets for which investors, regulators and the public are pushing. 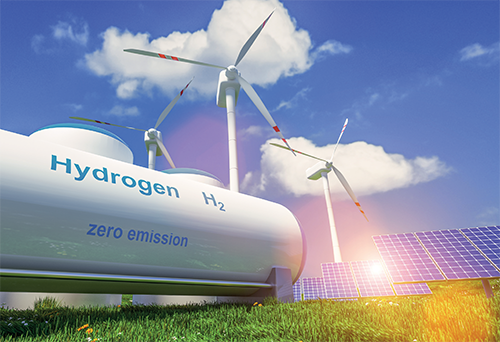 But now and for the foreseeable future, petroleum fuels remain necessary while the alternative technologies and energy sources develop, mature and deploy (not to mention: if the energy transitions hit road bumps and don’t deploy as expected, existing O&G assets will continue to energize the world).

How and where solar can energize the O&G sector
As a result of wanting to embrace ESG while not eliminating their core business, O&G operators may find themselves in an uncertain position, straddling the line between the energy transition of tomorrow and the need for O&G today. But for those O&G operators who are earnest about their ESG goals, the embrace of renewable energy – especially solar energy – can be the necessary bridge today.

Just because the burning of oil and gas emits greenhouse gas doesn’t mean that the electricity used by O&G operators must come from fossil fuels exclusively. Instead, there are practical ways in which the O&G industry is ripe for improvements using solar energy systems.

Solarizing Existing Land: Among the most notable assets of O&G companies are pipelines, infrastructure that already has right of way established on the necessary land. The access to this land creates opportunity to power the motors driving these pipelines with solar.

In fact, this land is perfect for solar for many reasons: such property tends to be remotely located, away from any manmade structures that would impede solar generation; they are often sited regions with great solar irradiation; and by generating the solar in close proximity to the pipeline, the transmission requirements and efficiency losses are minimal; the electricity load is entirely predictable; and the land is already paid for and fully permitted but extra space is typically, simply going unused.

With the right partners in solar development, adding solar generation on this type of land is an easy ask (though it may be best to partner with a solar developer who’s already experienced in doing this, such as ibV Energy, which will be discussed in the third and final article in this series).

Producing Green Hydrogen: Another type of project that combines solar opportunity with a natural extension of the O&G industry is with hydrogen energy. The development of hydrogen systems is a very exciting future pathway of energy, especially for the O&G sector.

Manufacturing hydrogen fuel to mix in with natural gas supplies (whether for sending to direct use or for burning at power plants) is seen as a way to unlock new sustainability and ESG opportunities using legacy O&G assets. Exploration into the hydrogen economy is already a direction that major O&G players are exploring, but rather than rely solely on gas to generate brown hydrogen, in-house solar assets will make the leap to green hydrogen.

Either way, hydrogen is seen as an area of relevancy for these O&G companies that have so many expensive assets built out to burn and transport natural gas, but hydrogen can be built into those to keep them valuable even once gas consumption decreases. The build out of solar generation as an asset class for these companies to power electrolyzers to make hydrogen can help create more zero-carbon hydrogen to mix in, creating greener hydrogen and truly leveling up the ESG efforts.

For many O&G operators, though, this strategy will require an evolution in thinking regarding the risk/reward data. O&G companies are traditionally accustomed to immense investments, sometimes on the scale of billions of dollars, with the accompanied huge risk, but the massive prospective rewards being enough to make doing so a logical choice. Comparatively, investing in solar assets creates a smaller range of rewards, as you’ll know exactly how much solar generation you’re poised to get, and the value of that energy will be fairly stable. But that said, the risk of these solar investments is likewise so much lower that achieving these rewards is virtually assured, while the upfront capital costs of doing so are meager in comparison. This adjustment in risk factor may require open minds and reframed thought processes in the board room, but such will be the basis of the continued evolution of O&G companies of tomorrow.

Looking at the Big Picture
Often, O&G companies today seek to fulfill their ESG goals by spending new money to reduce carbon without any co-benefits: paying for carbon offsets or renewable energy credits (RECs) or investing in ways to recycle carbon, for example. But those options remain short-term financial plays, failing to capture the big picture enhancements available by adapting and tapping into the possibility from collaborating with a true clean energy partner. If they do seek out the opportunity for partnership, O&G companies open up the ability to decarbonize and profit in doing so. That’s the real value and how ESG will be economically, as well as environmentally, sustainable.

When evaluating O&G from a grid-wide level, the situation is even clearer. According to the US Energy Information Administration (EIA), the current US grid is composed of 38 percent oil and gas, 20 percent renewables, 23 percent coal and 19 percent other. Just ten years prior, that mix stood at 24 percent O&G, 12 percent renewables, 44 percent coal and 20 percent other. This shift is occurring because gas remains readily available and affordable as a less carbon-intensive energy source than coal. The newly available renewable technologies that could likewise plug in the gaps left by a shift away from coal are today reaching cost parity to be able to plug in that gap as well. These trends demonstrate the continued viability of both O&G and renewables, and in fact now is the time to tap into the best of both worlds: get as much sun and wind as you can when those sources are available, but lean on the world of O&G when the intermittency kicks in.