Back to Features > Here comes the sun

Solar energy has become an essential source of energy in the global utility landscape. With unlimited resource, the potential of solar is huge, however the competitive and decentralised nature of the sector means there remains a number of challenges companies face. But technological innovations are changing the entire industry. Here, we will look at how these innovations are impacting the way consumers buy and use energy, and what utilities need to do to stay ahead of the trend.

The solar industry has gone through a number of changes in recent years as the energy source becomes more popular. The prices of solar panels have dropped by 70 per cent due to the introduction of mass production, especially from China-based companies, to cope with the increasing demand from utilities, consumers and investors. This has been coupled with huge investment, where over $380 billion was invested into solar technology from a broad range of financial institutions, including World Bank, commercial banks, insurers, pension funds, many of whom were making their first investments in solar energy in 2015 alone. This has resulted in an explosion of installed capacities from 4GW in 2004 to 227 GW in 2015 (IRENA).

The combined impact of these factors demonstrates the potential growth that the solar industry has to offer, with some estimating an average annual growth of ten per cent to 2020 (Greentech Media), with installed capacity forecasts between 1500 to 3000 GW by 2030 (IEA). This development is likely to be accelerated further considering post-COP21 government commitments as well as the growing energy needs of emerging economies around the globe.

At the intersection of various sectors (technology, energy, construction and financial engineering), the solar sector embodies the upheaval of the traditional business models more broadly. Indeed, nearly 40 per cent of investments are decentralised in nature, and are no longer carried by conventional utilities but by individuals and companies eager to reduce their bills and carbon footprint.

This shift away from the traditional model is highlighted by the growth of the prosumer: the customer who not only consumes energy but also produces it too. This shift has started to gain momentum, particularly in Germany where nearly six million German consumers had become their own supplier of photovoltaic electricity (PV) in 2014. These changes are symptomatic of the huge shifts taking place, and will likely dictate changes in the business models of the major utility companies in the short term.

In contrast with many other sectors within the energy industry, one of the distinctive characteristics of solar energy is the ever closer integration with consumers: residential and commercial rooftops, industrial sites, parking shade structures, isolated villages and remote islands have all seen the growth of solar power in recent years.

For industry players, this proliferation of sites raises important issues throughout the value chain, which can leverage a new ecosystem of digital technologies. These innovations offer several benefits for utilities and customers alike: streamline the customer experience, optimise production operations and reduce maintenance costs, opening new opportunities for financing, payment and energy exchanges. Let’s take a look at some of these innovations.

Sensors, algorithms and drones to optimise the operation and maintenance costs.
To optimise operations and reduce costs, some start-ups have developed solar-specific solutions. French company, SUNiBrain, offers an intelligent cooling and cleaning system harnessing the power of rainwater. Sensors measuring temperature, water levels, evaporation, micro-weather and electrical data are coupled with calculation algorithms, including wind, thermal inertia, water quality and panel models are providing a more accurate picture of the activity taking place. With this plethora of data, SUNiBrain was able to see performance gains of six to ten per cent.

For large solar power plants, which can cover several dozen hectares and count millions of panels, inspection and maintenance costs significantly weigh on overall operating costs. To optimise maintenance, drones are a fast, effective and inexpensive option, allowing inspection and detection of anomalies five to ten times faster than a human can. Equipped with embedded thermal cameras, drones can ‘scan’ dozens of hectares of solar fields within hours and identify ‘cold’ zones, indicating a malfunction completely independently. The dedicated software platforms, then allows the user to collate, analyse and enhance images collected by a fleet of drones further enabling greater efficiency.

Digital platforms, Virtual Net Metering and Solar Communities put consumers at the heart of the new energy equation.
To drive customer adoption of solar energy, a number of organisations including Google (with Sunroof) and French company InSunWeTrust, offer individuals a flash assessment of their eligibility to install solar panels. They also help calculate the cost of installation and the return on investment at hands. For those without land or rooftop available (typically urban apartment owners) many US States have established ‘Virtual Net Metering’ programs, allowing residents to co-invest in community solar power, co-own a remote solar powerplant and remotely use the energy it produces.

This business model offers consumers ‘credits’ that are virtually allocated by the energy company and therefore lowering their bills. This ‘Sharing Economy’ approach, made popular by services such as Airbnb and Uber, have become more popular in recent years as consumers become more cost-conscious and look for new ways to reduce their energy expenditures, while contributing to making a better, carbon-free future.

This technological revolution could allow the creation of decentralised and independent energy marketplaces. So far, these ‘Peer-to-Peer’ models remain difficult to implement due of the absence of secured transactional management platforms. However, there are a number of companies facing the challenge of this collaborative model worldwide: OpenUtility (UK), Buzzn (Germany), Vandebron (Netherlands) or, LO3 Energy (USA). Currently, there are two different software technologies used to secure and encrypt transactions and the exchange of energy between individuals: centralised on traditional billing platform, the other decentralised – based on Blockchain, the iconic technology which enabled the creation of the iconic Bitcoin virtual currency.

By promoting these innovations, the US startup Transactive Grid, has recently built an electrical micronetwork community in Brooklyn, where the roof electrons produced on one side of the street are sold to residents of the other. These electrons instantly enrolled in Blockchain through Ethereum software, are accounted for and billed according to preset preferences by the seller and included in contracts: setting the balance between self-consumption and resale of solar electrons and setting prices.

For the solar industry more broadly, these technological innovations are helping to lower the cost of energy as well as helping to supply energy to regions that were previously grossly underserviced. However, they are just the tip of the iceberg. The industry will continue to evolve in response to new technological innovation. The rise of the prosumer and the subsequent introduction of new business and consumption models has already seen industry upheaval. Nimble start-ups are offering new services that cater to the evolving needs of the modern customer while global utility giants have had to reassess their business models as well as their offering. The question for established players now is how to best adapt to roll out these new technologies and models, in order to stay in touch with fast evolving consumer needs and wants, and remain ahead of ever-increasing competition from aggressive market conquerors like Google, Tesla or SolarCity. 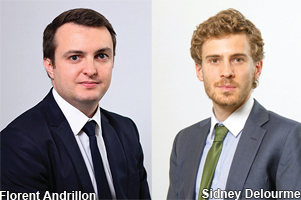 Capgemini consulting
Florent Andrillon is Director and Sidney Delourme is a Senior Consultant at Capgemini Consulting. With more than 180,000 people in over 40 countries, Capgemini is a global leader in consulting, technology and outsourcing services. The Group reported 2015 global revenues of EUR 11.9 billion. Together with its clients, Capgemini creates and delivers business, technology and digital solutions that fit their needs, enabling them to achieve innovation and competitiveness.

DESPITE TAKING A BACK SEAT IN THE PUSH TO ELECTRIFICATION, SYNTHETIC FUEL PRODUCTION COULD YET BE...