LNG will drive the future

Cryogenic LNG-valves from HEROSE are tight even under extreme conditions according to EN ISO 10497.

From 1st January 2015, drastically reduced emission limits will apply for shipping in certain special zones. For example, in the entire Baltic, parts of the North Sea including the English Channel, as well as in front of the coasts of North America, the proportion of sulphur in marine fuels must not exceed 0.1 per cent – which corresponds to a tenth of the limit that applies at present.

One way to comply with these limits is to operate ships with LNG (Liquefied Natural Gas). LNG contains neither sulphur nor heavy metals and reduces the CO emissions by 20 to 30 per cent and the NOX emissions (nitrogen monoxide and nitrogen dioxide) by approx. 90 per cent compared to fuel oil.

Although there are still gaps in the development of an LNG infrastructure with full futurecoverage and there is not yet a sufficient number of bunkering points for ships, the future belongs to the construction of LNG-operated ships. For example, two major car ferries were launched by the Norwegian Fjordline shipping company on the route Bergen-Hirtshals in 2013. In the design of these new constructions safety topped the agenda – after all, every ship carries up to 600,000 cubic metres of fuel gas. 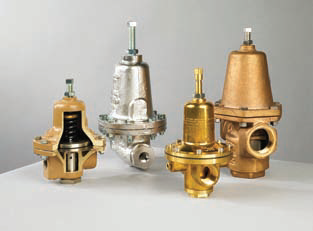 A major contribution was provided by the valves of the HEROSE company in Bad Oldesloe. With its safety and globe valves HEROSE is a globally leading supplier in the field of LNG. Pneumatically actuated valves fitted with an additional hand wheel for emergency control, for example, the filling of the tanks in the new ships of Fjordline, and HEROSE safety valves are fitted to all gas pipes, one between every two globe valves. The HEROSE globe and control valves are also available in a firesafe design.

As a leading manufacturer of fittings for cryogenic technology and pressure vessel construction, for more than more than 140 years HEROSE has dealt with the safe handling of technical gases, vapours and liquids. Certificates from classification societies such as ‘Det Norske Veritas’, for example, confirm the adherence to the most stringent standards. Already in 2007, TÜV approval in accordance with EN 12567 was obtained for the stainless steel cryogenic valves. This standard defines the general requirements for the suitability of globe valves used in the manufacture, storage and transportation of liquid natural gas. Special attention was paid to the standard reference to the fire resistance test in accordance with EN ISO 10497, which must be performed upon customer request. This international standard defines the requirements and methods for the evaluation of the functionality of valves exposed to a fire under defined conditions. The fire duration was defined as the maximum time required for extinguishing most fires.

HEROSE currently views the market as divided into two sections. On the one hand, fittings with fireproof approval are generally required for ships and LNG terminals, i.e. the valves must have been approved in accordance with EN 12567 and EN ISO 10497. On the other hand, the fittings need only have EN12567 approval for the remaining onshore installations. Dependent on the operator’s safety concept, isolating valves with fireproof approval are, however, also used. As a consequence there must be a smooth transition between the two requirements (EN 12567 approval or EN ISO 10497 approval) and a clear separation is not possible!