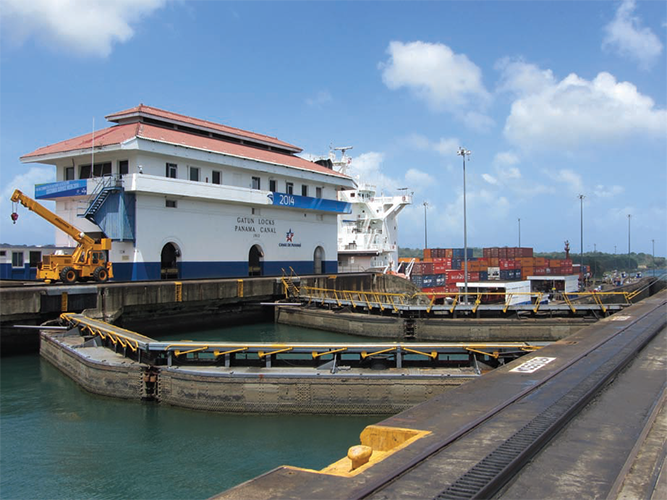 Founded in 1958, IHC Vremac Cylinders has a 56-year history in the engineering and manufacture of hydraulic cylinders, swivels and accumulators.

The business was incorporated with only four members of staff and has today grown into a global player, with a workforce of over 110 people as part of the Royal IHC group.

Initially Vremac provided repair services for hydraulic cylinders for clients across several industrial sectors, and the company has become synonymous with market-leading design and manufacture. So much so that during 2007 Vremac became part of the IHC Merwede Group after operating as a trusted supplier to the company for many years. Later during June 2014, ICH Merwede became Royal IHC in celebration of its award of the honorary title of Koninklijk (Royal) by His Majesty the King Willem-Alexander, incorporating the name Royal and the image of the crown into its corporate identity. Following this accolade both Royal IHC and IHC Vremac have continued to grow from strength to strength. “Having Royal IHC as a parent company and owning our own production capabilities allows us to fabricate equipment in-house, which means that we understand the full life-cycle of our products at every step of fabrication and engineering,” says our clients’ understanding of operation from vessels and rigs as well as what is possible and what are the limitations of these environments.”

The strong foundation provided by Royal IHC and close to six decades of operation within the oil and gas industry has allowed IHC Vremac to continuously adapt it’s product portfolio and service offering to reflect the changing needs of its clients. “IHC Vremac was founded as a repair company then later on we also began to focus on hydraulics and presses,” Jacco elaborates. “After some time the business shifted to focus exclusively on cylinders, however over the past three or four years we have again increased our product portfolio to include piston 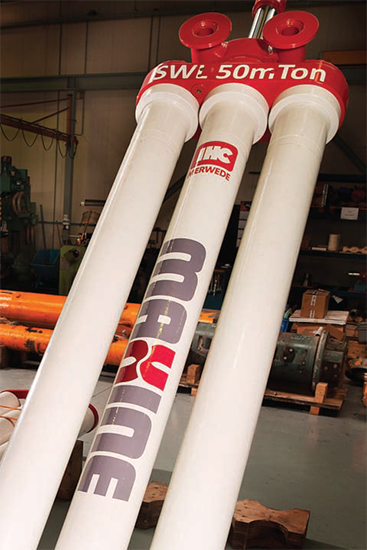 accumulators and pressure vessels, all of which are in-line with the cylinders. Additionally the company has its own swivel range, the newest and latest is the MaXine – a passive heave compensation (PHC) system.”

The MaXine PHC is an engineered solution to the challenges imposed on lifting operations in maritime environments by peak forces that stem from the oscillation of waves. The MaXine range of heave compensators reduces the stress of these forces and extends the weather window, allowing operators to minimise downtime and work for longer periods in high sea states. The system is positioned between the crane hook and the load to keep the rope taut at all times. It reduces the peaks and troughs by following the motion of the sea and allows work to proceed safely, efficiently and in a controlled manner, and can even be used under water. In addition the MaXine acts as a stand-alone system, eliminating the need for an external power source.

IHC Vremac Cylinders has designed a comprehensive range of MaXine heave compensators, which are capable of handling weights of between 50 and 500 tonnes, and it continues to evolve the technology in-line with market needs. During October 2013 for example, the company unveiled its MaXine 50 PHC with a physical demonstration of the product at work, which was attended by a number of heavy lift experts. A series of tests were conducted at IHC Vremac headquarters at Apeldoorn in the Netherlands, in co-operation with Biglift and Mammoet that demonstrated the capability and efficiency of the MaXine PHC system. A 12.2 tonne crane utilised the MaXine 50 PHC unit to hoist a heavy plate from ground level and the crane’s hoisting ropes were gathered together into a single shackle, which was in turn connected to a quick-release hook that was finally welded to the plate itself.

The hoisting of the crane led to the extension of the MaXine 50 PHC in much the same way as a spring and when the quick-release hook was activated, the MaXine PHC contracted and the plate was pulled upwards. The hoisting speed, height and combination of natural frequency and damping were all important parameters highlighted by IHC Vremac and the first three successive demonstrations were measured and proved to be exactly correct, a clear indication that the MaXine 50 PHC is fit for purpose. “We received some useful feedback from the crane driver, who was initially sceptical about the demonstration,” commented Jacco. “However, his opinion was transformed when the hoisting of a five-tonne deadweight ran so smoothly. The energy generated by lowering this weight was successfully consumed by the acceleration of the remaining load and the weight of the MaXine 50 PHC.”

The highly successful demonstration of the MaXine 50 and the potential for further product development has generated rapidly increasing levels of interest in IHC Vremac’s products. The company has worked with clients including leading subsea players like Subsea 7 and Technip, and during the course of 2014 open quotations and tenders for its PHC systems have increased from three to four open quotations to as many as 30 to 40 ongoing enquiries. In fact, there has been a very positive response from the market, with a number of outstanding quotations and a continued growth in interest. However, rather than simply ride the wave of its current success, IHC Vremac is committed to further enhancing its service offering to meet the needs of the offshore oil and gas market.

Presently the company is keen to transform its rich knowledge base into solid solutions lifting through the ocean splash zone and the safe installation of sensitive subsea equipment. Through further growth and co-operation with prospective future partners, IHC Vremac hopes to redefine the standards of offshore heavy lifting. “We have discovered that the market for PHCs is not very mature at all and it is also a new a market for the operators because up to five to six years ago there was not a solution to solve these kinds of problems. I think all the possibilities are still there to be explored with PHCs, so it is the beginning of a new way of thinking but my vision is that within five to ten years that it will be mandatory that all cranes without active heave compensation to more PHCs,” Jacco says. “For the next 12 months we will continue to focus on cylinders and providing excellent service to customers, while increasing our focus on the MaXine range. These are relatively new but there is a big market for them and we have had a very positive response from the sector, so we will work to make ourselves known and build up our rental fleet. We currently have four units and I think this number should double next year at least.”