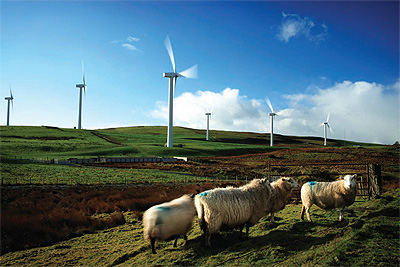 Initially established in 2006 following a demerger from WRG, Infinis Energy plc has grown through a number of acquisitions to become one of the leading renewable energy suppliers in the UK. As the third largest supplier of renewables in the UK, the company provides the market with seven per cent of its renewable power from 137 sites around the country. With 121 landfill gas (LFG) plants and 16 onshore wind farms, this equates to a capacity of 585MW, enough to meet the needs of one million electricity users. 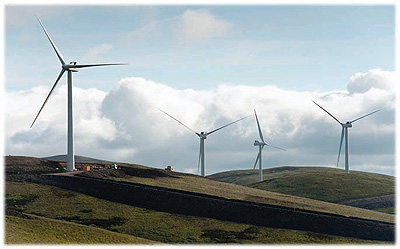 In 2015, the company announced its financial results with revenues hitting £236 million. Eric Machiels, CEO of Infinis, commented on the positive outlook of the wind industry in the UK saying: “There are eight gigawatts of onshore wind capacity operational today and in the UK we’ll add another four to five to reach 12 to 13 gigawatts by 2020. So clearly there is a tremendous growth opportunity.” As such, the company currently has an additional four wind farms in development, with two already under construction. With such a considerable share of the UK market set to grow even more, Infinis Energy is well on its way to helping the country achieve its EU targets of reaching 30 per cent renewable energy usage by 2020. As of the end of FY15 it stood at 19 per cent.

The first of the new wind farms under construction is Galawhistle in Ayrshire. Planning approval was granted for the site in August 2012 and in June 2015, the company secured funding from Barclays and Santander for the £83 million project. Due to become operational in November 2016, the 22-turbine site will have an installed capacity of 66MW and is expected to generate electricity for the next 25 years. Speaking about the project, Eric expressed his delight at achieving the funding: “This is a key milestone as we continue to deliver on our growth aspirations as, together with A’Chruach, we now have 109MW of onshore wind assets under construction in Scotland. At a time when the UK government is keen to secure renewable capacity to meets its international obligations at the lowest cost to consumers, Infinis is pleased to contribute to the UK’s power decarbonisation efforts with the most cost effective renewable technology.”

The A’Chruach wind farm will be situated close to Loch Fyne in Scotland. Getting the go ahead in May 2013 and securing funding in November 2014, the same month that construction started, the 21-tubine station will have a capacity of 43MW. With full operational capacity scheduled for spring 2016, the farm is estimated to generate enough power for over 25,000 homes and will contribute around £150,000 per year into a local community fund set up to benefit communities surrounding the site.

In addition to this, in June 2015 the company also announced the successful acquisition of another 18.5MW consented onshore wind farm project from Peel Group. Sited in Northumberland, the project neighbours the eight-megawatt consented Sisters Wind Farm, which is also being developed by Infinis. With both projects entering the construction phase in July 2015, the company expects to have them operational by June 2016.

With 137 currently operational sites in Infinis’ portfolio and more due to be added on a continual basis, it is important that the companyis able to effectively manage a large and growing asset base. To ensure this the company is underpinned by a some key principles, these are: to maintain a relentless focus on operational excellence; to develop high level in-house commercial expertise; to nurture a winning company culture in the organisation; and to achieve a strong development and acquisition track record.

At present around 93 per cent of the energy sold by Infinis is sold under the Non-Fossil Fuel Obligation (RO) regime. LFG represents a core component in this area and as such, the amount of energy sold by the company under RO has increased form 84 per cent in June 2014 to its current level. In terms of adhering to operational excellence in its LFG activities Infinis ensures it runs continual monitoring and balancing process in order to maximise extraction from around 15,226 gas wells across the country, whilst making sure it meets optimal compliance with environmental regulations. With the largest fleet of LFG engines in the world with 323 gensets, the company maintains and services all equipment in house to make sure they can constantly run at an effective capacity. For example during September 2011, Infinis upgraded its 24/7 centralised monitoring system that allows the company to continually collect data on its operations to make necessary adjustments, plan maintenance and balance LFG fields across the landfill sites from which it extracts gas. As of 2015 Infinis continues to manage a long-term exclusive right to extract LFG from around 60 landfill sites operated by FCC. Of these 60 sites, Infinis extracts LFG on a royalty-free basis from 45 sites, while on the other 15 sites it pays a small royalty that is passed on to the landlord. Furthermore Infinis also has an exclusive right to extract LFG from an additional 61 sites, 13 of which are operated by the FCC while other landfill operators and owners manage the remaining 48 sites. This portfolio of some 121 sites is further expanded by seven outsourced sites meaning that as such, by the end of June 2015 the company had an installed power generation capacity of around 311 NW of electricity at its sites and another 12 MW of power generated via outsourced sites within its portfolio. 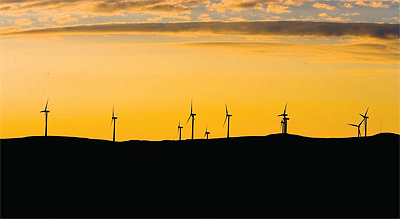 For its wind operations, which are dependent on nature, the operational focus for Infinis is to make sure the units are continually maintained to guarantee full effectiveness when demanded. To oversee the company’s whole operations it has invested into a world class 24/7 logistics centre in Northampton to constantly monitor the environmental compliance and GW-hour output performance of all generating plants.

By securing commercial expertise within its business, Infinis is able to insulate itself from the fluctuating and unpredictable conditions within the wholesale power markets. With excellent plant reliability and an experienced team of people behind it, the company is able to contract and lock in prices on a short-to-medium term merchant basis, as opposed to more traditional longer-term agreements. This ensures the company is able to react positively to changes in market prices and remain competitive.

Also enabling Infinis to compete and take full advantage of the growth opportunities in the renewables sector is the strongly cultivated company culture. Encouraging open communication and advocating a positive sense of ownership and accountability, the company’s autonomy allows it to run smoothly and react quickly to changes in the market. A ‘can-do, go the extra mile’ attitude permeates itself throughout the company across the country and ensures that every individual site is working together in the most effective way. Proven experience and robust financial strength are also helping to increase Infinis’ reputation across the UK as it looks to build, acquire and manage more landfill gas and wind farm sites in the coming years.

As a significant player in the UK renewable energy sector it is no surprise that Infinis has a strong environmental responsibility programme in place. As such the company is one of the few carbon positive companies in the UK. Over the last year the Infinis’ LFG operations prevented releases into the atmosphere equivalent to nine million tonnes of CO2 and 310,000 tonnes for its wind operations. Taking into account its own small energy usage, the company estimates that its net climate impact was positive by over nine million tonnes of CO2 in FY15. The trend for its carbon intensity has been falling due to capacity expansion and improved operational efficiency and the company commits to reducing these figures by a further 25 per cent over the next five years.

In an exemplary effort to continually reduce its own impact on the environment, Infinis has a vigorous recycling programme and has put in place a strategy to reduce the levels of lubricating oil it uses in its operations. Illustrating this, over the years since 2011 the company has reduced its oil usage from 3.2 million litres to 2.8 million litres. In addition a number of initiatives have been undertaken to reduce carbon emissions, including providing company cars in the lowest tax bands, onsite campaigns to promote general savings, which have lead to a 10 per cent reduction since 2009, reduced travel demands with an increase in video conferencing and recycling and shredding facilities in all offices and sites. Demonstrating the superior green abilities deployed at Infinis is its regular appearance in the Sunday Times’ annual Best Green Companies list. Since the list’s inception in 2008, the company has been recognised consistently as an environmental leader, regularly placing in the top five in recent years.

The evident growth from the past few years for Infinis is remarkable and is set to continue into the future as it aims to help the government meet the UK’s targets of renewable energy. With a long-term pipeline for onshore wind projects in place, the company is well positioned to continue delivering to these targets and to its stakeholders. However, it is not just the company’s growth targets and ability to operate on such a large scale that ensures its continued success, as Ian Marchant, Chairman of Infinis concludes in his FY2015 report statement: “I believe that this track record of delivering in a challenging environment demonstrates both the resilience of the business model and the commitment of the whole team, two features that will serve shareholders well in the years ahead.”

Services: Leading generator of renewable power in the UK