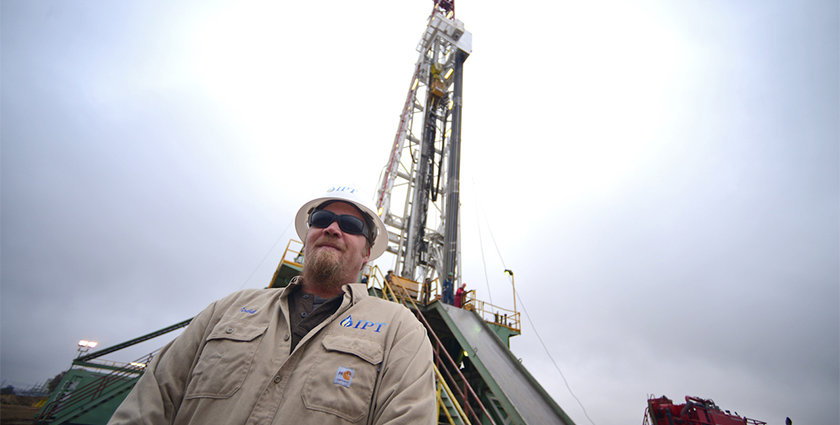 Integrated Petroleum Technologies maintains its founding vision during the downturn by continuing to innovate and increase its operations overseas.

Aud started the company in 1991 as a production company, but it quickly evolved into an independent petroleum consulting firm. Early on, IPT worked with the Gas Research Institute to develop new technology that is still used in the field today. The company has remained committed to understanding petroleum engineering technologies and what it takes to get the maximum response from a well. “Most people say to get IPT if you want top-notch engineering work,” Poulson says. “We are the experts on fracturing and have the best background in understanding the analytics and academic side of it.”

Poulson became a part-owner in 1998 and fourteen years later sold part of the company to a private equity firm that wanted to help IPT grow. In 2012, IPT joined forces with Peterson Energy, founded in 1989 by Andy Peterson as a cost-effective engineering, drilling and completion solutions provider to oil and gas companies. “IPT specialized in reservoir engineering and hydraulic fracturing design and supervision and Peterson’s services were essentially everything in addition to that,” Peterson explains. “The combination of the two enabled IPT to offer a full service suite of engineering and supervisory services from start to finish, or as we put it ‘Concept to Pipeline.’”

Weathering the Storm
IPT grew organically to 180 employees at the height of the oil boom in 2014, but had to cut that number over the last two years because of the industry downturn. “When you are a 35-person business you can sustain a lot, but when you have 180 people it’s different,” Poulson explains. “We are still very strong and are cash positive every month. Not a lot of companies can say that, and we are getting ready for the next upturn.”

The downturn required the company to lay off more than half its staff, but Poulson says he has maintained a level of personnel to achieve profitability while not “cutting off my head when I want to grow again.” “That’s a fine line you have to walk, but in the future it will be rewarding,” he adds. “The private equity firm is very happy with us, but I’m not in this just to make our financials look good. I want to be at our financial best but not hinder our ability to grow when the industry turns back around.”

Despite the reduction in its staff, IPT has not given up the quality and engineering integrity of the company. “IPT is still the same in the field where it counts,” Poulson says. “When I had to make my layoffs, I didn’t lay off the highest-salaried employees. Every person I had to let go would have been a great employee over time and I would hire them back tomorrow. I’m very strict on my hiring and maybe look at two or three resumes out of 100 to 200. The quality and training of our employees is second to none and competitors would hire one of my personnel and put them out on a well the next day. I would not be able to put the owners of our competitors out until they went through the IPT training that can be as along as two to six months.”

“We have worked hard to preserve the core of uniquely talented people that are going to let us continue to lead the industry as we come out of the downturn,” Peterson says. “As a finalist in the 2016 Rocky Mountain Division Oil and Gas Awards, it demonstrates that despite the downturn we have rededicated ourselves to maintaining excellence in our service offering. We haven’t given up our relentless pursuit of quality.”

Further Expansion
IPT is known as the leading engineering consulting company in the industry because of the data it can supply and the work it is doing today that will lead to even greater producing wells in the future. For example, the company is studying how cement changes when you pump horizontally instead of vertically.

“We did a study that sent pulses into the ground to see the vibration on the mud motor because vibration is a death to it,” Poulson explains. “We are still doing studies like this that have never been done. We are also consulting with one company on using electronic turbines instead of diesel engines. We are cutting-edge and offer high-quality services. We haven’t changed that.”

IPT is also doing more international work than ever before. In the past year, the company has begun work in New Zealand, India, Pakistan and Turkey on various projects. “Some of that involved design consulting and some involves boots on the ground in those countries,” Peterson says.