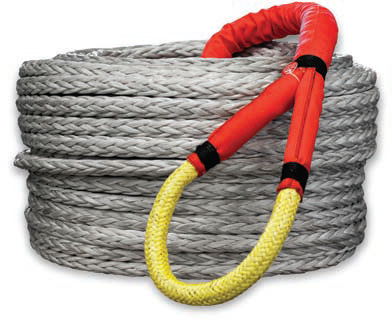 Celebrating its centennial anniversary in 2015, John Dahle Skipshandel AS originally began as Nygaard and Dahle in 1915 when John Lie Dahle and Torstein Nygaard entered into a fruitful partnership.

Offering a wide range of goods at their store in Breigaten, the partners enjoyed steady growth, leading to the acquisition of Verksgaten 14a in 1917. Following this development, Torstein Nygaard left the company and John Lie Dahle took over, renaming the company John Dahle Skipshandel in 1945.

“The company began operating in the bunker market in the 1950s and got an agreement with Esso for the vessels to bunker; we also owned a small tanker. After the Second World War the fishery business faced a negative trend, so we became one of the first organisations to mechanically splice steel wire; this is used to produce lifting slings and has identified us in the market. It is even in our logo,” says Jan Christian Bernhardt, managing director at John Dahle Skipshandel AS.

“Our next major development happened in the 1960s when we foresaw the oil age coming, which meant we began importing a lot of wire and other goods from the US and the rest of Europe to meet the challenges of the oil sector. We also started with inspection of fall arrest equipment in the in the 1990s, and are today one of the leading players within this field in Europe. From 2000 to 2014 we have enjoyed tremendous growth; in 2000 we had 11 employees and a turnover of 19 million Norwegian kroner and in 2012 we had a turnover of 138.5 million kroner and 34 people employed. Having moved into our new 9700 square metre building in 2014 we have got 42 personnel employed and the space for further growth,” he adds. 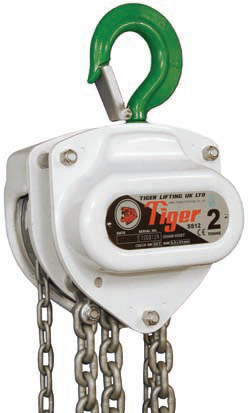 Focused on its ambition to be a dynamic and financially viable company in constant development, John Dahle Skipshandel aims to be the preferred supplier of products and services within lifting equipment, fall protection, protective equipment, tools and other consumables for oil and shipping activities. Furthermore, the company believes it should be perceived as an attractive place to work and operations should be financially profitable; to meet these goals, it will maintain a clear focus on health, safety, the environment, creativity and quality. Meanwhile, customers will be working with a reliable and strong partner that focuses on respect, quality, credibility, security, health, creativity and economic profit.

“We want to be a one-stop-shop for our customers with our 15 different product groups; this diversification gives us a competitive edge as other companies have been narrowing their products and services. One brand I’d like to highlight is Acera, which is made up of HMPE fibre to create ropes or round slings; these fibres are as strong as steel while being 1/7th of the weight. Ropes and round slings made by these fibres are easy to operate and are developed by Timm AS, an old company that has been in the rope business since 1772, and today owns the Acera brand and delivers worldwide. We stock 12-braided HMPE fibre from six millimetres to 80 millimetres,” says Jan Christian. “Another product range to mention are the Tiger hoists, which are high quality lever- and chain hoist produced by Tiger Lifting UK Ltd; we have had tremendous success with this product, which we anticipate to grow in the Norwegian market as it can be used underwater at high pressures and is mechanically excellent.”

On top of this, the company has worked with Gunnebo Industries on ROV shackles for the offshore industry, as Jan Christian highlights: “We have been delivering ROV shackles to our customers for many years, but the products always had to be modified to work properly with the load and the shackle. To rectify this, we worked with Gunnebo, a company that has a strong presence in the offshore market. We used our ideas and designs, while Gunnebo manufactured it so there are now no modifications needed. Other important aspects of the shackle are that it is release and retrieve and it has a very good quality safety mechanism.”

To further strengthen its services as a supplier, the company merged with Red Rooster Norway on 1st February 2015. This development has resulted in John Dahle Skipshandel adding products such as rental air hoists, powered winches, load measuring equipment and wirerope running line monitors to its range. In addition, this merger enables the company to offer competent inspections according to Norwegian legislation as well as maintenance, not only to its own customers, but to Red Roosters too.

“There is a lot of negativity in the market currently because the oil price is lowering, however we are looking at these challenges positively and are on the offensive with our future strategies,” explains Jan Christian. “Wehave stopped being conservative with five year strategy plans and are now looking into how to improve areas such as sales, marketing, cost-effectiveness and competence. During 2000 to 2014 we didn’t really have to be active in the market because engineers had a lot of purchasing power, but now we are more in the saddle with regards to our sales activity.”

Despite challenges in the sector, the company will continue to find ways to maintain its leading reputation and growth, as Jan Christian notes: “We have HSEQ policies such as ‘work should instil joy’ and regularly conduct internal and external surveys to find out if we are viewed as a friendly organisation. In the last survey we got 4.8 out of five, with five being excellent. Other ways we keep a competitive edge in the market is through successful programming, so when we make our documentation for say 500 pieces of one article of lifting gear this would previously mean printing 500 different certificates. Now we can provide these certificates directly into our customer’s databases in seconds thanks to an auto generated multiplier system, which is a programming link between our customers and us.

“We will also continue to have someone available to answer the phone immediately; other companies have an automated commercial or music, but we believe care equals availability,” he concludes.