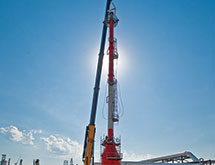 Low prices, budget cuts and lay-offs seem to be a reoccuring conversation in the oil patch. It is natural to feel anxious about the future when these conversations arise. For those of us who were working in the oil industry during the last crash in the early 1980s, the drop in prices and the accompanying news headlines might seem like déjà vu, and yes –there are similarities. However, there are also important differences between the ongoing boom and several previous boom/bust cycles – at least here in the United States, where the industry is driven largely by economics rather than political or nationalistic goals.

Although technology and geoscience improvements had a role in previous oil and gas booms including the current cycle, drilling targets up until now were nearly always various types of conventional reservoirs which trapped and concentrated mobile oil and/or gas that moved some distance from the source rock. The finding of these generally small and well defined traps or reservoirs nearly always required drilling wildcat wells.

Early drillers seemed to use an almost random drilling pattern, which was later followed by more targeted drilling benefiting from improvements in geological mapping/interpretation, and later various types of seismic technologies. Even with advanced types of seismic technologies and geologic interpretation in use today, there are still many dry holes drilled in pursuit of conventional (and new unconventional) oil and gas fields.

In the past, many dry holes would generally be drilled and later written off as a loss before an operator would hit a viable commercial reservoir. However, once a commercial conventional reservoir was found and the boundaries of the reservoir delineated, it would be considered “de-risked.” The de-risked reservoir or field would then quickly and systematically have as many wells drilled (usually quite closely together) as needed to withdraw as much oil and/or gas as could be economically produced. Even during periods of low prices, the de-risked production wells would be drilled since the economics could be accurately calculated and conventional reservoir characteristics generally favored full-scale development. During periods of low prices though, the cycle of drilling many dry holes – each at a loss – in an attempt to find the next conventional field was just too risky, and would invariably lead to steep drops in drilling activity and busts in the oil patch.

This is not the case in the current Bakken play in which the target is not conventional reservoirs, but instead the source rock – Bakken Formation – and adjacent “tight” formations – Three Forks and Lodgepole formations. In this particular unconventional play, the oil created in the organic-rich source rock is relatively immobile, having moved little if any distance from where it was formed, and the thousands of square miles of source rock in which oil has formed has been extensively mapped. Currently there is no need for any wildcat dry holes to be drilled, as the outer boundary of the oil producing source rock has been generally delineated, and every well drilled within the area of production will produce some oil.

Whether an individual well is an economic success will then depend on well costs, oil/gas production levels, and oil/gas prices. Much analysis has been done in the Bakken/Three Forks play (also known as the Bakken Petroleum System or BPS), and broad areas of relatively predictable production levels (including “sweet spots”) have been determined, delineated, and mapped. In essence, the play has been de-risked – with companies generally knowing how much oil is in a particular area, how many wells they need to drill to recover the oil, how much oil they will likely produce and what the price of oil needs to be for them to make a reasonable profit. That is not to say that individual wells cannot have higher or lower production rates than predicted due to reasons such as the influence of natural fractures, well drilling and/or well completion problems, or some other unanticipated variable. In general, wells drilled and completed in similar fashion also will have production similar to nearby wells, and can be clustered into separate areas of similar levels of productivity and mapped. These mapped productivity zones then provide a generally de-risked scenario that has not occurred over such extensive areas of probable future production in previous boom-bust cycles.

Currently, most drill rigs are working in areas mapped as the highest in potential production. While this only covers approximately 3,000 square miles of the BPS (roughly 25 percent of the BPS play) in play with the current lower oil and gas prices, that is still a large geographic area – much larger than almost any conventional field.

It is worth noting that the factors determining whether or not a well drilled in a particular productivity area will be economic are not static. Improved completion techniques and materials, improvements in drilling and reductions in the costs of drilling during this current period of slowing activity can all contribute to the positive economics of new wells. Improved well performance and reduced well costs will dictate the minimum oil and gas prices needed for a reasonable return on investment.

The current Bakken boom really began in eastern Montana (Elm Coulee Field) in 1999, then really ramped up in Montana during the early 2000s when Williston Basin sweet crude prices were ranging from less than $20 to mid-$30 per barrel range, which is lower than it currently is. The play created excitement then, and will continue to be attractive and commercially successful in the Williston Basin for years to come.

Yes – the number of rigs has dropped, some budgets have been cut, and some infrastructure needs are delayed, however even in a low price environment there will continue to be a substantial number of rigs working and new wells drilled. Even with around 9,000 wells currently producing from the BPS, it has been estimated that it may ultimately take four to five times that number of wells to fully develop this unconventional resource play. Rather than being anxious, we should view this as a time to take a breath and proceed in a more orderly and efficient fashion.

Rig rates, completion costs, and most materials are dropping in price, and good operators with strong financials will be taking advantage of this situation – teeing up the maximum amount of production for the not too distant future when they can really cash in on rising oil prices.