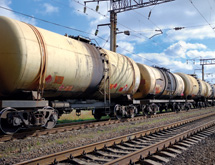 Leeco Properties CEO Larry Lee intends to continue building business parks throughout the southwestern United States as long as there is a demand for them. In the meantime, Lee is building out an enormous undertaking in Odessa, Texas, that will cater to the oil and gas industry as it descends on the Eagle Ford Shale.

Leeco Industrial Park in Odessa will occupy more than 1,600 acres and house approximately 30 leasers, primarily consisting of industrial companies that will serve the oil and gas industry.

The project also stands out because it is the first in Texas to include a connection to a railway. In May 2013, Leeco Properties held a spike-driving ceremony in commemoration of the new railroad spur for the Leeco Industrial Park. Union Pacific will provide rail services when the park is completed.

“We have the largest industrial park, and it’s the only one that has railroad access,” Lee boasts. “We also have the only private rail spur located on the interstate between Midland [County, Texas] and Odessa.”

Fully Equipped
Started in 2008, the Leeco Industrial Park project will give its clients access to all utilities as well as full-service design/build/lease capabilities.

However, these projects don’t rise from the ground as quickly as they once did, according to Lee. He says a shrinking labor pool as well as a bigger demand for building construction materials has affected lead times for projects significantly.

Lee says his company constantly must train new employees, which often slows down the pace of construction. Also, when crews come to work in Odessa, subs often are short staffed themselves.

“Personnel is a problem, and we always have to keep training new employees,” Lee says. “Most service companies coming here don’t have full crews, so we might always be short because of the demand.”

As for building materials, companies like Leeco Properties must plan for longer lead times to avoid creating problems with the construction schedule. “It takes longer to get a project done because it takes longer to get your building products in,” Lee adds. “Concrete now needs a three-day notice for delivery. Steel is not a problem, though.”

There isn’t much Leeco Properties can do besides acknowledge these issues and adjust schedules to avoid potential delays, according to Lee. “You just have to plan accordingly,” he says. “This is the only problem we’re going to have – construction delays. In other areas, we are not experiencing this.”

Multistate Footprint
Lee says Leeco Properties has at least 15 construction projects underway in three states – Texas, Oklahoma and New Mexico. These projects range from retail parks to business parks as well as industrial, and Lee also says some are a meld of these categories.

Leeco Properties isn’t done expanding, either. Lee says the company expects to continue growing throughout the foreseeable future. “We’re going to keep building for the next four or five years and look for other areas to diversify in and try to build in different parts of the Southwest,” Lee adds.