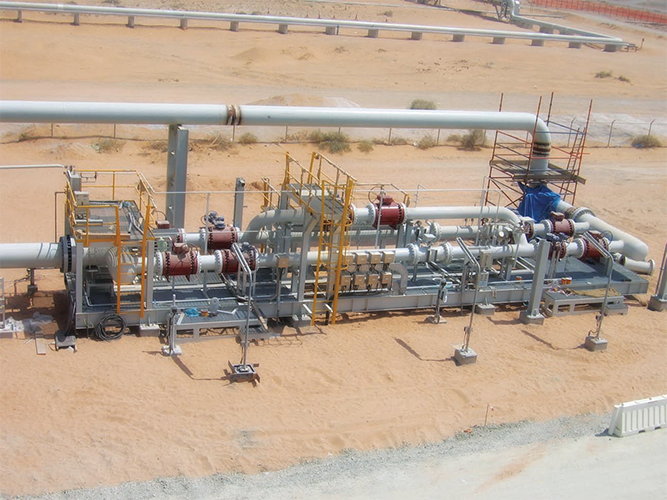 In taking advantage of the surge in oil and gas project activity in the Middle East, Loops Automation LLC was formed in 2000, establishing itself as a leader in the supply of specialised engineering packages, metering skids, and process controls.

Early in the company’s history it considered Iraq a strategic market and developed a strong reputation through several projects in collaboration with Iraqi oil and gas companies and refineries establishing itself as a reliable partner in the ‘Rebuilding Iraq’ programme between 2005 and 2009. The company now is a major supplier of metering skids and control systems to the projects of Iraq’s Ministry of Oil. “Despite our regional growth in many countries in the Middle East and North Africa, we still view Iraq as a strategic and important market,” says Nidal Sabbah, business development manager.

Whilst maintaining its commitment to the Middle East oil and gas market, the business has had to diversify its interests over the last 12 months as a result of regional politics, particularly in Iraq and in Syria, as well as the drop in oil prices. “It is situations such as this that have led us to targeting more brownfield projects in Abu Dhabi, as well as pushing for more business in Saudi Arabia. Under a vendor agreement with Aramco we are also opening a new branch in Nigeria.” explains Nidal. 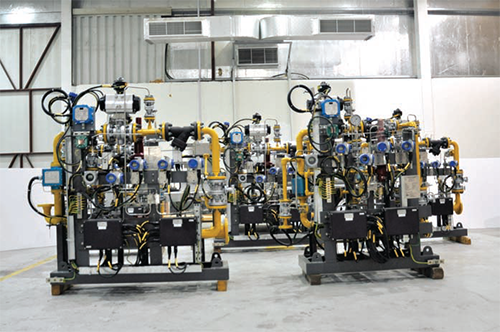 “However, one of the main challenges we are facing this year as a result of the drop in oil price is that it has changed the way our customers are doing business. Some customers are not replacing whole metering skids, instead looking for maintenance or repair solutions, as well as looking for improvement on the electronics side in the metering process,” he adds. Not only trading as suppliers of skids but integrators too, Loops Automation is highly capable of interfacing on existing control systems. “This has resulted in us being more heavily involved in projects where we are working on metering control panels, as well as the repair of the mechanical parts. Such ‘brownfield’ work improving existing facilities is really the growing area for us at present, and we have been successfully undertaking this type of work in Abu Dhabi, updating old assets by adding new technologies on the electronic side. Our experience in both the metering side and the control side makes us attractive to operators,” continues Nidal.

From its Dubai base the Loops Automation2company is able to serve clients throughout the Middle East, and as such Loops Automation is ambitiously working to establish itself as the premier supplier of turnkey engineered solutions to the oil and gas industry based in the region, despite certain challenges. “New technologies are now available, and we are always required to keep up with the increasing complexities of engineering and integration work needed for specific scenarios in brownfield projects,” according to Nidal.

One trend that has been growing is the number of projects where metering skids are being supplied for pipelines feeding power stations. In this case, adding pressure reduction & metering stations has been increasingly occupying the company’s time. Another trend is the increased use of green energy by oil and gas companies. Loops Automation is now working on a couple of projects where solar energy and wind turbines are involved.

Heavily involved in enterprise resource planning (ERP), Loops Automation is well aware of the importance of streamlining its business when faced with uncertain times. “The ERP provides information that allows us to simulate and implement processes that will improve efficiency and save time and labour. Each project is handled through the ERP, including finances, scheduling and resource allocations,” says Nidal.

In summary, Nidal looks to the future adding: “We want our company to be viewed as a local business with local knowledge when customers are looking for solutions in automation and flow metering. We have gone a long way to establish a good name for Loops Automation, and I think it is now working. Our plan is to continue the good work, as well as to expand a little more regionally in other countries.”