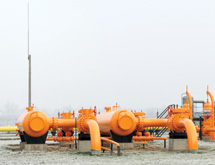 After his father’s passing in 2008, Matt Latham says many people thought Mid-South Painting would shut down operations. However, in considering the employees and customers who depended on the company, Latham knew the business was viable enough to continue.

“I would just help out when I could, but after his passing, I came on full-time,” says Latham, vice president of operations. “There’s a reason we kept it going and it’s because a lot of employees have been here a long time and we knew we could still get work. We wanted to keep everyone working so my mom and I decided to keep it going if we could. Everyone kept their jobs. And as far as work, we’ve got plenty of work from a lot of different companies and have maintained good relationships with our customers.”

Mid-South Painting is an industrial paint and concrete contractor for highly volatile liquid (HVL) and non-HVL pipelines. The professional contractor’s expertise includes pressure washing, sandblasting, industrial painting, concrete pier installation, and concrete repair and modification. Latham says that most of its work involves pipelines for the oil and gas industry, such as oil supplier Oklahoma Enbridge Energy. Mid-South Painting’s contract with the company includes excavating around underground pipes so crews can sandblast and recoat the pipes, which range from 39 to 200 feet. Outside of this contract, however, the majority of its work focuses on the natural gas sector for large companies such as TransCanada, Texas Gas, Kinder Morgan and Shell Gas.

“We have two crews in Pennsylvania working for Shell Gas,” Latham says. “Shell is putting in natural gas in Pennsylvania and we’re coating all of the new construction up there. Our crews have been there for about three months and they will continue to work until it snows. Another company installs and welds it together and we go in and sandblast and put brand-new paint on it.”

Assembly Required
In addition to new construction, Mid-South Painting is also a strong player in maintenance and repair work, such as corrosion control and repairing concrete boxes that support pipelines. Latham says these types of jobs are often contracted at the last minute so Mid-South Painting needs to be able to assemble crews quickly.

“Many times a customer will need something coated and it has to be done by a certain date because they are going to be inspected and if it’s not done, they will get in trouble,” Latham says. “It causes us to rush to the site so we can help them. For instance, we had a client in Iowa that needed a job done no later than Aug. 1. We took a crew that finished a job in Louisiana and sent them to Iowa to finish the job in one week. Customers like that about us. We’ve been around a long time; we’re not a new business. We’ve worked all over and people know that we can help get them in compliance.”

Being ready at a moment’s notice means that Mid-South Painting has to stay ready. It makes sure to invest in buying and maintaining top-notch equipment. This year, the company purchased new hoses and lines for sandblasting, an investment that Latham says reaches tens of thousands of dollars. In the fourth quarter of last year, Mid-South Painting purchased new work trucks and a 35-foot gooseneck trailer.

It also invests in people. Latham says the company has hired several people over the past few years and puts each fieldworker through vigorous training. In-house training covers subjects such as OSHA regulations, ladder safety, scaffolding, fire extinguishers and blood-borne pathogens. Each crewmember is set up with an experienced partner for on-the-job training. A green sticker on the newbie’s helmet is a clear signal to other crewmembers to be extra mindful of teaching and training the new recruit. After on-the-job training, new crewmembers go through a qualifying process administered by Latham.

“We do good-quality work and our guys take a lot of pride in their work and our customers know that,” Latham says. “Because of our crews, a lot of our customers don’t want other contractors bidding on work, they would rather give it to Mid-South. We bid at a fair price and get the work done with no problem.”