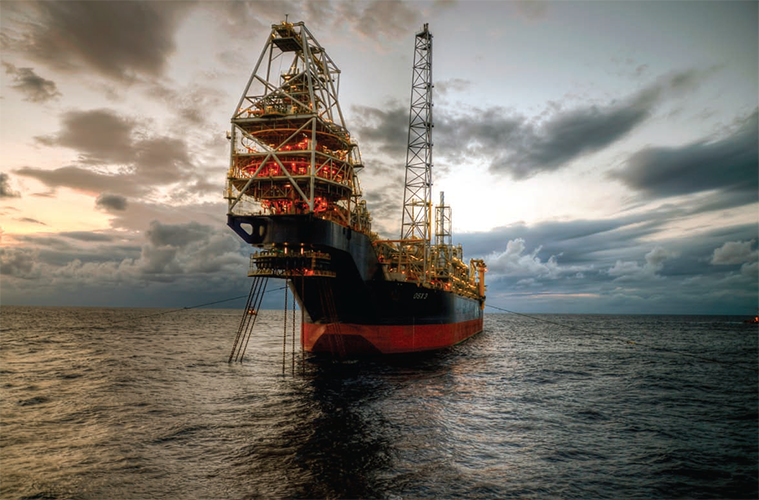 MODEC, Inc. of Mitsui Group in Japan was founded in 1968. MODEC’s first growth stage involved the design and construction of offshore construction vessels.

Midway through the 1970’s MODEC began constructing jackup drilling rigs. Its first contract for a floating production storage and offloading (FPSO) vessel came in 1985. Since then, the company has been awarded more than 35 additional FPSO/floating storage and offloading (FSO) EPCI projects and provides floating production system operation and maintenance services around the world. 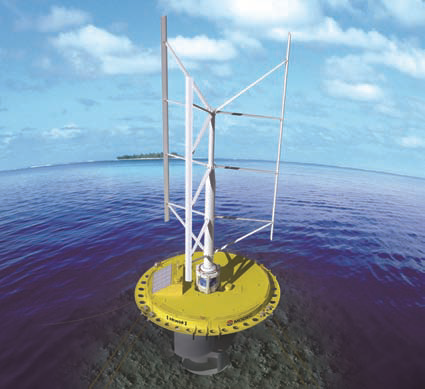 Managing director and executive officer, Kensuke Taniguchi, gives more details on the company’s activities: “As a specialised company, MODEC provides complete engineering, construction, installation, leasing and operations services for floating offshore oil and gas production facilities, referred to as FPSOs, FSOs and TLPs, to oil companies around the world. Today MODEC has established a firm position in the industry with a strong track record and credibility with our clients. The most important historical change for us was when we entered the market with the contract for EPCI and bare boat charter for the first of our FPSOs, the Kakap Natuna, in 1986. The second epochmaking project was the FPSO MODEC Venture 1 in 1998. MODEC firstly commenced the time charter business model with this FPSO, through which the contractor leases the vessel and provides maintenance and operation services to the oil company.”

Under an alliance with Velocys and Toyo Engineering, MODEC is working to develop and implement a gas-to-liquid (GTL) technology that will allow the oil and gas industry to capture and monetise the associated natural gas that is currently flared or re-injected into the reservoir. The GTL technology creates the potential to access over 3000 trillion cubic feet of natural gas that is currently stranded.

As Kensuke explains, this is just one example of the company always developing new technologies: “MODEC is keen to develop and promote more effective, environmentally friendly technologies such as its pioneering floating LNG production system (FLNG), the floating wind and current hybrid power generation system, new gas liquefaction system and gas to liquid plant design. We have already completed two contracts for the front end engineering design (FEED) of FLNG with MODEC’s own technology, LiBro, which is based on Lithium Bromide Absorption Refrigeration, and we are ready for EPCI work now. For the floating wind and current hybrid power generation system [skwid], the first unit is currently under construction, and will then conduct offshore testing with the aim of market deployment in 2014.”

MODEC is fast becoming a leading name in the FPSO market, and the current construction of the FPSO involves the conversion of a very large crude oil carrier (VLCC), which will be operating as FPSO Cidade de Itaguai MV26 upon its completion. It will be deployed to the Iracema Norte area of the BM-S-11 block off the coast of Brazil in 2015. The area is part of a deepwater oil field located approximately 300 kilometres south of Rio de Janeiro, Brazil. The oil is contained in the pre-salt layer approximately 5000 metres beneath the seabed.

In May 2013 MODEC executed a pre-sanction contract with Hess Corporation to provide engineering and management services for the Stampede TLP. These services include project management, engineering, procurement management, and construction management for the hull and mooring systems of a conventional TLP with continuing services contingent upon sanction. 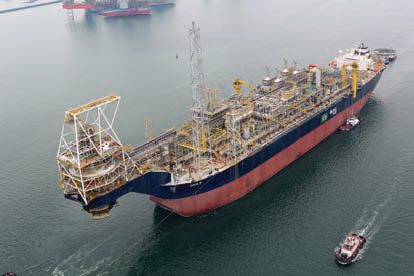 The Stampede TLP development is a joining of the Pony and Knotty Head discoveries and will be located approximately 260 kilometres southeast of New Orleans in the Green Canyon Block 468 in a water depth of 1020 metres. Having worked with operators on the previous Oveng TLP, Okume TLP and Shenzi TLP projects, MODEC has become well regarded for its expertise on this kind of floating platform, which is moored to the seabed by high tensile strength steel tubes.

In August 2013 MODEC announced a long-term charter business project for providing an FPSO system for use in the Tweneboa, Enyenra, Ntomme (TEN) oil fields offshore Ghana. The contract, held with the operator Tullow Ghana, will run initially for ten years, with options for extension up to an additional ten years. MODEC will engage in FPSO leasing, operations and maintenance. Construction of the FPSO through conversion of a VLCC is planned to be completed and deployed in 2016 for the development of the TEN oil fields, owned by a consortium of five companies, at water depths of about 1500 metres.

Detailed in a press release in November 2013, MODEC revealed that through Petrobras it had been awarded a contract for the supply, charter, and operations of an FPSO vessel for the BM-S-9 block or Carioca area in the giant pre-salt region of the Santos Basin, with water depths of 2100 metres. The BM-S-9 block is under a consortium formed by Petrobas, BG Group and Repsol Sinopec Brasil S.A.

MODEC is responsible, with The Schahin Group, for the engineering, procurement, construction, mobilisation, installation and operation of the FPSO, including topsides processing equipment as well as hull and marine systems employing its subsidiary SOFEC, acquired in 2006 for the design and supply of the mooring system.

The FPSO Cidade de Caraguatatuba MV27 will be capable of processing 100,000 barrels of crude oil per day and has a storage capacity of 1.6 million barrels of crude oil. The delivery of the FPSO is expected by June 2016. This is the 11th FPSO/FSO vessel that MODEC will provide and operate in Brazil and represents the ninth FPSO for the pre-salt discoveries, being MODEC’s fifth in the pre-salt. “The Cidade de Caraguatatuba MV27 will be deployed at Carioca Area in the giant ‘pre-salt’ region of Brazil in water depth of 2100 metres,” says Kensuke. “Only a small number of contractors including MODEC are able to carry out these complex FPSO projects in such deep water fields because of the extremely high technical requirements.”

MODEC’s ability to carry out such demanding projects means that Kensuke is confident for the future: “Development of oil and gas fields has migrated from land to ocean, and now to increasingly deeper waters and beyond. MODEC is targeting the complex large size FPSO projects by utilising our strong track record, advanced technology and financial capability. The market for complex, large-size FPSOs in water depths of more than 1500 metres is currently buoyant in Brazil and West Africa, with a further 50 FPSOs expected to be built in the next ten years. Our immediate challenge is to build an organisation that is capable of answering such strong demand. We can currently complete around two orders for FPSOs per year at present, and we aim to build an organisation that is capable of answering orders for three FPSOs per year as soon as possible with the support from our parent company, Mitsui Engineering & Shipbuilding Co., Ltd.”