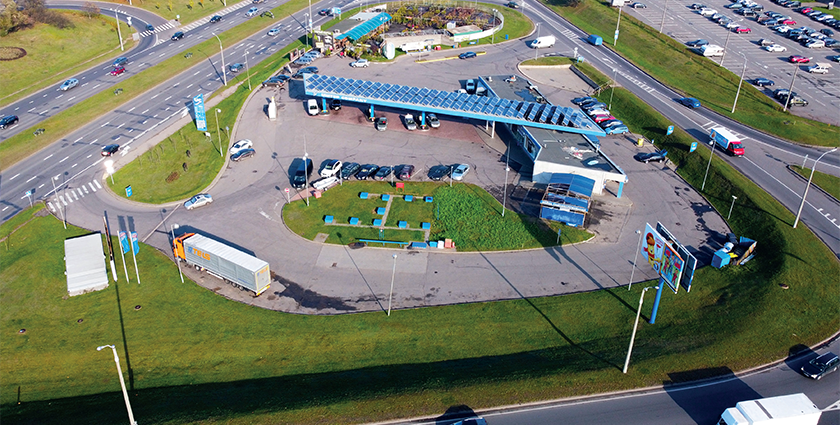 To those observing the energy sector from the outside, they’ve erroneously viewed the rise of solar, wind, and other renewables as foils to oil & gas (O&G) businesses. However, those leaders working within the energy sector recognize the true scale, complexity, and market dynamics of national and global energy systems that indeed make both fossil fuels and clean energy critical resources for years to come.

That said, O&G and renewable executives have often had to tout their unique benefits compared with the ‘other’ side: O&G companies have long trumpeted their ability to provide reliability and affordability, generation on-demand, and the capability for on-site fuel storage; meanwhile renewable energy advocates will often discuss the importance of decarbonizing energy systems and how they can do that by providing emission-free energy.

While the positioning of these two corners of the energy industry as natural counterparts may be a convenient narrative, O&G leaders already know that the reality is of course more complex. All major forecasts and models of the energy systems of tomorrow agree that the future will not be dominated by any single energy source. In fact, diversity in energy systems brings about natural benefits in maximizing their relative strengths while covering for their weaknesses. Our energy ecosystem has a place for all of these ‘competing’ energy sources and they will all be needed if we are to prop up fundamental goals of energy systems: affordability, reliability, sustainability, security in fuel sources, and resilience. This landscape provides the background for why grid operators, energy consumers, and energy companies themselves are all actively looking to develop a mature and mixed portfolio that utilize the best energy resources for each given use case.

With that background outlined, leaders in the O&G sector must now realize that their position and value can be uniquely strengthened through the embrace of renewable energy. Recognizing this reality in a modern and forward-looking manner calls for more direct action by these O&G leaders: embrace the possibilities that come with direct partnership with renewable energy developers, as doing so will lead to longer-term benefits and viability for the O&G business, particularly amid the prominence that Environmental, Social, and Governance (ESG) goals continue to gain.

The O&G sector’s ESG embrace
In recent years as renewable energy rose to greater prominence, these new energy sources may have offered sources of anxiety to some investors. Energy leaders within the O&G industry, however, recognized that renewable energy wasn’t competition, it was opportunity. As the realities of climate change; the push from investors, customers, and regulators alike to adopt ESG principles; and the clear direction of the energy industry as a whole all point squarely in the direction of lower carbon energy, fossil fuel companies have sought out the ways to get involved. Whether that involved using their offshore platform knowledge for offshore wind, sourcing some of their own electricity needs from renewable generation, or looking to how green hydrogen can be mixed into their asset classes, O&G boardrooms have been shifting to an ESG mindset for years.

When it comes to really unlocking what renewables can do when tapped into by O&G companies, though, the perfect alignment between the energy sources became apparent. This cross section of where solar energy can elevate O&G companies will be covered more extensively in the second piece of this three-article series, but some examples include: 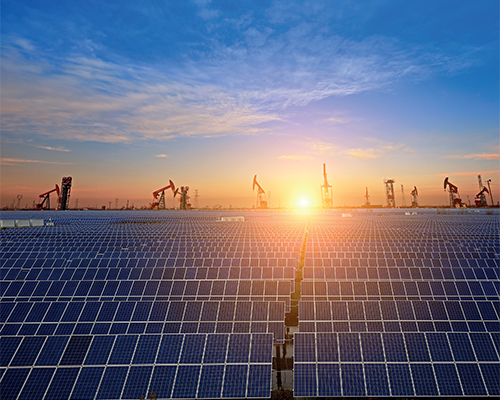 O&G facility operations, providing the necessary electricity for pumping stations or refinery operations, which has the added benefit of being already tied to the interconnection and allowing for lower cost installations.

As O&G companies look to diversify and future-proof their assets, renewables will play these key roles. And for the O&G partners that want to really embrace these opportunities, they will find the most success when recognizing adopting renewable solutions is not about finding an off-the-shelf option and checking off the box, but rather by building long-term relationships. Renewable energy developers have keen expertise to bring to the table and can help to frame the integration of their energy resources as a true long-term partnership for the O&G companies. Doing so will provide more fruitful new opportunities on an evolving and adaptive basis. So while jumping into the renewable energy game is valuable for O&G companies, doing so by purely looking short-sighted financial plays will eschew the multiplying benefits of real cooperation.

In our experience at ibV Energy, these realities have been especially true in states that are major players in the production of oil and gas, such as Texas, Louisiana, and the Dakotas. The energy ecosystem in these states has room for both O&G and renewables (just look at Texas’ well-earned reputation as oil country coexisting with its status of one of the most prominent wind energy ecosystems). But rather than installing a solar farm on the odd gas field or panels on a refinery rooftop and calling it a day, we’ve identified ways to bring value as long-lasting and driven partners for these companies.

In fact, current world events are serving to highlight the urgency of such moves. As the Russian invasion of Ukraine has upended international oil markets, the domestic production of these fuels remains as important as ever, reinforcing the idea that this oil and gas production will continue to be crucial. That said, renewables have a part in that process as well, and they can (and should) be integrated into oil and gas operations to ensure those projects are as sustainable as possible. The energy systems defining today and the near-term future utilize both clean energy and oil and gas assets.

So, while some oil and gas companies may still worry that embracing renewables is akin to a mortal sin – getting in bed with the very enemy that is trying to eliminate them – the reality is that renewables can be, and already are, a major boon to O&G operations. Building renewable energy assets or purchasing renewably generated electricity both allow O&G companies to obtain cheaper power, to further their internal ESG goals, to align with impending carbon regulations, and to report to their stakeholders that they are embracing sustainability.

The future of oil & gas in a clean energy future
In the future, the prevalence of these oil and gas resources are not going away. Instead, though, the most successful players will continue to lean into portfolio growth, diversification, and collaboration with renewable energy. Petroleum continues to ubiquitously fuel our transportation sector and over one third of the U.S. grid, among other critical functions where it is the sole energy source available. This status quo does have a shelf life, but the alternative is more nuanced, lengthy, and deliberate than simply shutting off the oil and gas production completely today and diving feet first into renewables.

So, the questions that remain are:
Where will O&G fit into our energy systems landscape moving forwards? And how can we minimize the carbon impact?

Renewable energy resources represent a key component of the answers to both of those questions. Renewables are an intermittent form of power generation, but when paired with dispatchable O&G they can create a lower carbon grid than would be feasible with O&G alone and a more affordable and reliable grid than would be feasible with renewable energy alone.

The renewable energy development chain naturally has many opportunities to effectively integrate clean energy resources within O&G operations in a way that isn’t ‘aiding the competition,’ but rather reaping the renewable rewards themselves. Such projects include:

These examples present clear winning propositions, but O&G companies who avoid looking into them (or only do so half-heartedly rather than with a forward-looking perspective for collaboration) do themselves no favors, while simultaneously eschewing the necessary ESG targets. Further, O&G companies may recognize all of the above truths, but at the same time they still recognize that they don’t have the capabilities or knowledge to initiate and produce such projects themselves. That’s when renewable developers, like ibV Energy, can come in with customized and experience-driven solutions, acting as a collaborator to uncover the most profitable and sustainable opportunities (topics that will be explored in the remaining articles in this series).

At ibV Energy Partners we’ve found that collaboration presents better solutions for all, and indeed that a rising tide lifts all ships. This situation is one where opposites attract, the odd couple where one’s strengths complement the other’s, and a pairing that’s stronger than the sum of its parts. Whatever euphemism you want to use, the reality is that O&G and renewables are better complements than they are antagonists.