NET4GAS is the holder of the exclusive gas Transmission System Operator (TSO) licence in the Czech Republic, covering the operation of more than 3600 kilometres of pipeline and in the process guaranteeing secure and reliable gas transport.

Since 1971 this has seen NET4GAS connecting markets in every direction to its neighbour markets – both physically through cross-border interconnectors, and lately by playing a proactive role in shaping the European gas markets. These efforts have increased the energy security, not only in the Czech Republic, but also for the whole Central and Eastern Europe (CEE) region including Germany.

Other infrastructure that falls under NET4GAS’ operations includes three border transfer stations, five compressor stations, almost 100 transfer stations for national distribution systems and eight gas storages. On average the company transports 40 billion cubic metres of natural gas each year. Twenty-five per cent of this is to its partners in the Czech Republic for domestic consumption, and the rest is transported internationally into neighbouring markets. 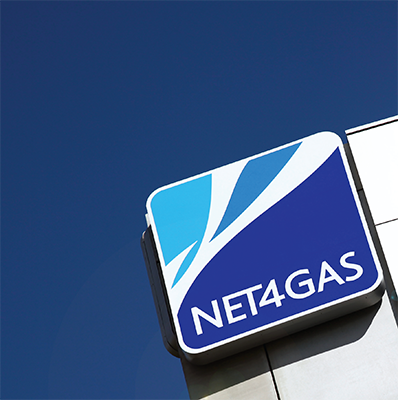 One of NET4GAS’ most recent projects, ‘Gazelle’, underlines its work towards increasing transmission capacity and flexibility to the benefit of the European gas markets. The Gazelle pipeline is a high-pressure pipeline that serves to connect the Russian gas supplies coming into Europe through the Nord Stream pipeline, and then onwards through the OPAL pipeline in Germany from Brandov to the western German-Czech border in Waidhais. “The Gazelle project, with an investment of 377 million euros as a whole, is due to come into operation as of the beginning of January 2013,” elaborates Thomas Kleefuss, CEO of NET4GAS.

“Ahead of this we are just completing the final welds and stress tests, and finalising our application for the operating permit. However, parts of Gazelle have already been brought into first operation, including the metering station in Brandov and the first section of the pipeline. We have also invested more than ten million euros in a reverse flow-debottlenecking programme, with the support under the European Energy Programme for Recovery (EEPR). Our west-to-east capacities were increased to 70 million cubic metres of gas a day. From next year onwards we also will be able to deliver up to 39 million cubic metres of gas through the border at Lanžhot for Slovakia and Austria. These additional capacities have increased the value of the company significantly by transporting gas coming from Nord Stream and OPAL to CEE. This new transit business also diversifies the gas supplies for the Czech Republic and increases security of supply for the whole CEE region,” he continues.

“In the last seven years NET4GAS has invested more than 500 million euros including projects such as Stork, which has connected the markets between the Czech Republic and Poland for the first time. The pipeline was taken into operation in October 2011. This project currently delivers gas mainly during the wintertime for the southern part of Poland,” describes Thomas. “In summer the capacity is mainly utilised for the injection of gas into the gas storages in Moravia. We would also like to build a new pipeline to increase the capacity for northern Moravia and also provide more capacity to the southern part of Poland, as well as a north-south corridor from Poland to Austria.”

Also, within the field of underground gas storage, NET4GAS is increasing the performance of the gas storage Tvrdonice by directly linking it to the transit system. This pipeline investment will improve the injection and withdrawal capacity by about 12 million cubic metres a day, and therefore generates higher flexibility, and security of supply, not only for the Czech Republic but also the wider regions of Slovakia and Austria and the CEGH Gas Hub in Baumgarten.

In accordance with the gas target model NET4GAS’ strategy is focused not only on the diversification of natural gas sources, it moreover fosters the cross-border market integration by developing single contract capacity products. GATRAC was developed with the neighbour TSO in order to book capacities from hub to hub by a single contract. Since October this is not only possible to Germany but also with eustream (TSO In Slovakia) to Slovakia and Austria.

Behind this activity though NET4GAS continues to ensure that it remains reliable and efficient. “This is based on our competence and operational excellence, including our suppliers. We are continuously improving our performance and processes by using modern management tools in order to keep up with the market and technology. This also requires us to adjust our asset base, which means mainly downsizing the capacities in our compressor stations and improving the efficiencies of our technology,” outlines Thomas.

With many countries across the EU dependent on significant amounts of imports to meet their gas needs, NET4GAS sees its role in firstly connecting and then integrating its neighbouring markets. “We are in the interesting position of being in the heart of Europe, where we are connecting the largest and most competive markets of northwest Europe with the emerging gas markets of CEE with less liquidity but a very interesting Trading Hub, namely Baumgarten. The next step is to foster liquidity to these emerging gas markets in CEE, where we believe that in two to four years Baumgarten will be the single trading point for CEE countries such as Austria, Hungary, Czech Republic, Slovakia. Even Poland could, at some stage, join that gas market region,” concludes Thomas.