For Scotland, the oil industry forms a major part of its history, having been ever-present since the years following the Industrial Revolution. It was in 1850 that Glasgow scientist Dr James Young, later dubbed ‘Paraffin Young’, took out a patent for treating bituminous coals to obtain the paraffin within, an event which resulted in the opening of the world’s first oil works in Bathgate in 1851, 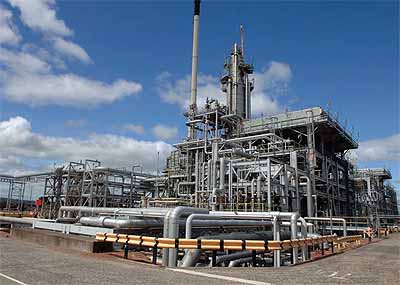 producing oil from shale. For the next 70-odd years, Scotland’s budding oil refining industry was built on the back of this shale.

It was not until the discovery and introduction of crude oil from the Middle East in the 1920s that conditions presented the predecessor to BP, then known as the Anglo-Persian Oil Company, with the opportunity to establish a refinery in Scotland. With its flat ground and superb transport links, not to mention its rich vein of labour skilled in shale oil refining, Grangemouth was chosen as the ideal location for what was to be the first purpose built crude oil refinery in the UK.

In the years that followed BP, as it had since become, would greatly expand its activities in Grangemouth and across Scotland. As well as establishing a dedicated petrochemical site adjacent to the refinery, in 1951 the company also commenced with the importing of crude oil into the refinery from its Finnart Ocean Terminal, situated on the west coast of the country. Today two pipelines run between the two sites, one of which had its direction reversed in the 2000s and converted into a multi-product pipeline to transport white oil products to Finnart, thus also making it a successful export terminal, serving customers around the world.

$7 billion turnover
Coinciding with the arrival of North Sea crude oil, which BP delivered to Grangemouth through its newly developed Forties pipeline system, the 1970s ushered in a period of major investment that brought the refinery up to its present-daycapacity of approximately 200,000 barrels per day. It was this investment that allowed the refinery to run purely on North Sea crude for the next few decades.

Fast forward to 2005, however, and it was then that BP took the decision to sell both its petrochemical business and the Grangemouth refinery to INEOS, one of the world’s largest manufacturers of chemicals and oil products. Then, in 2011, INEOSwould enter into a 50/50 refining joint venture with PetroChina, the listed arm of China National Petroleum Corporation, to create Petroineos, Europe’s leading independent crude oil refiner operating both the Grangemouth refinery and the Lavéra refinery in France.

“Here at Grangemouth we produce over nine million tonnes of clean fuels and one million tonnes of chemical product every year, which contribute to an average annual turnover of around $7 billion,” begins Refinery Manager, Russell Mann. “In addition to the refinery and our import/export terminal in Finnart, the business is also made up of our London-based trading arm, which is tasked with the purchasing and selling of crude and other oil products, and our wholesale business Petroineos Fuels Limited. The latter is also tasked with the running of our road and rail terminals in Grangemouth, and our distribution terminal in Dalston, near Carlisle.”

Such is the size and scale of the refinery that the site has been calculated as being responsible for four per cent of Scotland’s GDP and approximately eight per cent of its manufacturing base. “As Scotland’s only refiner, we are the primary supplier of aviation fuel for its major airports, and a major supplier of petrol and diesel ground fuels across the Central Belt,” continues Petroineos Manufacturing Scotland’s Commercial Manager, Daniel Brain. “As the main fuel hub for Scotland, at any one time we can be holding somewhere between 50,000 and 100,000 tonnes of fuel on site. Through our wholesale business at our Grangemouth Road Terminal we can load in the range of 600 trucks a day, moving some three million tonnes of product per annum into the Scottish market.”

Skilled team
What with the sheer volume of product being generated, it goes without saying that the Grangemouth refinery is a vitally important piece of infrastructure. The importance of its activities also extends to both the local and wider economy. “The knock-on effects of the refinery’s activities on the supply chain are massive,” Russell confirms. “In addition to the 550 people we directly employ, we also look to bring in local contractors where possible for large-scale operations, such as turnaround activities, as well as experts from across the UK and as far afield as the Unites States.”

As Russell and Daniel go on to reveal, when taking into account total Capex spend, turnaround spend and day-to-day maintenance costs, Petroineos invests the best part of $100 million per year on the Grangemouth refinery to maintain, protect and run the facility, and that is just to stand still, without factoring in fixed costs! Running such an operation is obviously quite an undertaking, but just what does it take to successfully manage the refinery? 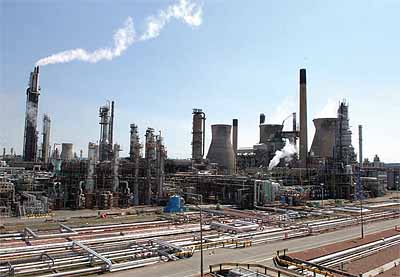 “I think the first thing you need is great people,” states Daniel. “You need to have people with great skills, drive and creativity, and we have that in abundance! We havea well-respected apprenticeship scheme in place and we also work closely with local schools and colleges to attract engineering graduates to our business. This is all part of our drive to mould the next generation of engineers and give them the opportunities they need to progress in their respective careers.”

Safety performance
As Russell adds, from an operations perspective it has also been crucial to foster great relationships and levels of understanding with various government bodies, regulators and authorities. It also helps to have supportive shareholders. “Refining can be a cyclical and expensive business, where something as simple as purchasing a cargo of crude oil from, say West Africa, can require the availability of millions of dollars in cash at relatively shortnotice,” he states. “Such is the nature of the price of oil, you need to have shareholders that understand and accept that fluctuations in cash flow can and will occur. It is a harder industry to make money in than I think some people realise, so having the support of PetroChina and INEOS is fundamental for the long-term running of the Grangemouth refinery.”

What underpins everything that occurs at the refinery and its associated sites, however, is the Petroineos’ safety performance. “Refineries are classified as top tier COMAH sites by the Health and Safety Executive, so it is imperative that we control all of the risks associated with handling potentially hazardous products in extreme conditions, and at the type of volumes that we regularly do,” Russell rightly says. “The level of reliability that you need when running an integrated oil refinery are far, far greater than that which is needed in other industries, and we have worked tirelessly to ensure that we exceed the standards that we are set.”

Regulators, authorities and governments are also instrumental in creating and enforcing the environmental legislation that has such a large degree of influence over the running of refineries in the UK and across Europe. “There are a lot of ongoing changes to this legislation, particularly that which is aimed at clean air and carbon reduction,” Russell adds. “Over the course of the last decade, and into the next ten years, we will have invested in excess of £100 million in creating environmental benefits and improvements.”

Energy hub plans
The next big hurdle, as Daniel tell us, revolves around changes to fuel oils. “In Europe, the Renewable Transport Fuels Obligation legislation mandates producers of fuels to include a percentage of that fuel generated from a non-fossil, bio-source. In April 2018, this obligation for certain fuels was increased to 7.25 per cent, a figure which will increase by the end of the year to 8.5 per cent and then again at the end of 2019. Having an increased element of production displaced is clearly going to be a challenge for all refiners to respond to. We know that there are established and emerging businesses and plenty of creative people with ideas around biofuels: we want to engage with them and look at how we can co-operate here on site at the refinery, making best use of our extensive infrastructure. This forms part of our longer-term goal to turn Grangemouth refinery into a comprehensive energy hub.”

While that may be what the future holds for Grangemouth refinery, the focus for the present involves continuing to get the basics right, maintain its high safety standards and improve its commercial performance, while also regularly engaging with its shareholders regarding strategic investments. “We know that the fuels market will only continue to change going forward, therefore as well as demonstrating to our customers that we remain a reliable, trusted supplier of fuel products, we will keep a close eye on what we think the next generation of investment will involve,” Russell concludes. “Simply put, our job is to do what we have already shown ourselves to be more than proficient in, and that is to convince our shareholders that Grangemouth refinery remains a site worth investing in for many years to come.”