In recent years there has been an increased international interest in the Irish oil and gas market, which despite having limited resources compared to other northwest European countries, has a number of elements such as attractive fiscal terms, new technology and the installation of infrastructure, which have made it an attractive area to prospective operators.

At the forefront of this growing market is Providence Resources, a business that is focused on the exploration and exploitation of the hydrocarbon potential around Ireland.

The growing interest in the sector, and the untested potential of the Irish market, has seen Providence Resources embark on an ambitious multi-basin, multi-year drilling programme to test and exploit that potential. European Oil and Gas Magazine recently spoke with Tony O’Reilly, chief executive at the business, to find out more about its operations.

“Since the early 1980’s, we have been focused on oil and gas exploration, and primarily in Ireland, which is why the business was originally set up,” he explained. “The fundamental change really happened in 2004 when we commissioned a strategic review of the company, looking at our operations in Ireland and establishing that this is the region that we really wanted to continue to focus on. At that time, we felt that Ireland was still very much an unproven region, with too few wells drilled and with only two successful commercial developments, despite its offshore acreage being substantially larger than the whole North Sea.

“Ireland had essentially been under-drilled for some time, as far back as the 1970s and 1980s, with many wells encountering hydrocarbons but not being commercialised,” he said. “There were a number of key reasons for this, predominantly based around lack of infrastructure, lack of frontier or deepwater technology that was needed and an economic environment that was considered less attractive than other regions. More recently however, those key variables have all been overcome; so we have the pipeline infrastructure in place across Ireland and connecting us to Europe, the advent of better drilling technology, as well as the use of 3D seismic technology that has opened up new opportunities, changes in the tax regime and a more robust commodity pricing environment. All of these elements are extremely positive for the Irish market and are largely behind our advancing our drilling programme.” 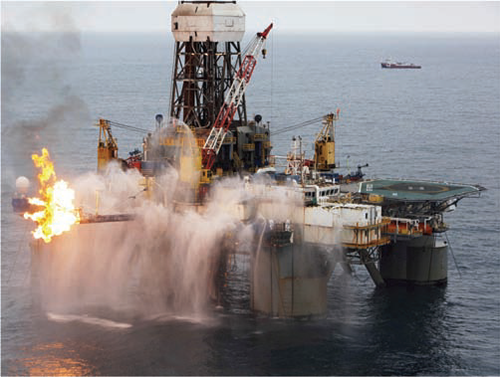 Building on the renewed interest, Providence has focused on a large-scale exploration and appraisal programme, working on opening up as many basins as it can. “We describe ourselves as a front end E&P company, so we are not a development company as such, but rather we feel that we are very good at going out there and finding the basins, doing the initial exploration and appraisal and bringing in the right partners to achieve success. We currently have activities in eight basins offshore Ireland, making us the most diversified explorer in the region, and we have already brought in a number of first rate partners including ExxonMobil, ENI, Repsol and Petronas among others.”

In carrying out this work, Providence’s general business model has revolved around opening up as many of these basins as it can, often carrying out one pathfinder project or well in the basin with the hope of finding significant resources. “Essentially, it has been all about opening up Ireland as a realistic oil and gas region,” Tony commented. “We always said that we would need one significant discovery and it would be a game changer for us and the Irish oil and gas industry, and that is precisely what happened in one of our basins that we drilled last year in the Celtic Sea, called Barryroe.”

Barryroe has proven to be a large, positive development for Providence Resources. Situated in circa 100 metres of water off the south coast of Ireland, the field was the subject of successful appraisal drilling in 2012. Previous operators had drilled five wells on the field and in 2011 Providence, having acquired a new 3D seismic survey on the field, successfully drilled a sixth well announcing results that far exceeded pre-drill expectations. After extensive post well analysis and field development planning, analysis, Providence has launched a farm out campaign to bring in a partner to take the field to first oil – and it has received significant amounts of international interest owing to the size of Barryroe, its location and its relative attractiveness from a fiscal and operating perspective.

However, Barryroe is just one of the many developments that Providence Resources is currently undertaking, as Tony was keen to highlight: “We are involved in a $500 million programme of six basins with our partners – so in addition to Barryroe, we are presently drilling a massive exploration well off the west coast called Dunquin (drilling operations commenced in April 2013), and then through next year we have another four basins that we will be drilling off the west of Ireland and in St. Georges Channel.

“It is still early days, but it is a very exciting time for us and I am pleased that Providence is really taking a leading role in the Irish offshore. I think the great thing is that we are drilling – it’s all very well talking about the potential of the market, but it is all about getting the wells drilled and taking the initiative, and that is what we are doing. The more activity you have, the greater the chance of success, and I think that whilst we may have been something of a ‘lone voice’ for the Irish sector in the past, now that you have the arrival of players like ExxonMobil, Cairn, Kosms, Woodside, Repsol, Petronas, etc – clearly, the international industry is watching developments, particularly our developments, very closely.

“I think that there is a very real sense that Ireland’s time is coming, and there is a ‘watch this space’ feeling around Barryroe and Dunquin. The latter is an uber-large exploration prospect that we have brought ExxonMobil, Repsol and ENI in to and I think the coming weeks and months will be hugely interesting and could be massive for Irish oil and gas. With all that we have going on, we view the future with great confidence. We are validating the prospectivity of the Irish offshore and as an Irish company, I’m proud that Providence is leading the way in that respect,” he concludes.