In April 2021, when the US President announced plans to halve US greenhouse gas emissions by 2030, and to reach net-zero emissions by 2050, it represented a significant event for the climate movement. As the world’s largest economy, and its second largest greenhouse gas emitter, the US had finally joined some other 130 nations in signaling its intention to act on climate change. For advocates of the policy, it signaled the continued shifting of the dial when it comes to attitudes towards decarbonization, and a major step on the road towards a more sustainable future.

Fast forward a year, and we’re facing a very different picture. While the decarbonization movement continues apace, the world finds itself in the grip of an energy shortfall, with rising prices driving up the cost of living for billions of people. It’s a period in which fresh questions are being raised about the future of the energy 7sector, including the shift towards renewables. Albeit exacerbating in the short term, the consensus across the sector is that many of these issues are here to stay, as growing populations across the globe place an ever-increasing strain on available resources. 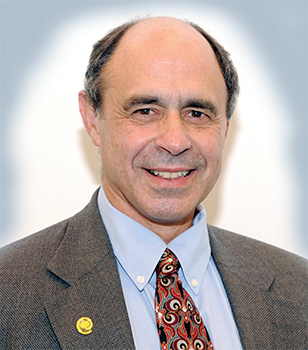 “The world needs more energy, and that need is not going away,” says Ron Beck, Senior Director, Industry Marketing at AspenTech, a global asset management software provider. “Most projections foresee a 50 percent growth in our energy need by 2030, driven in part by the emphasis on electrification and the shift towards renewable energy sources. At the same time, demand for oil and gas will continue to rise, at least through the next decade.”

Ron, as he freely admits, is a little before his time. A student of Environmental Studies at Princeton University, he began his career within the field of sustainability, before turning to the energy and chemical industries approximately 30 years ago. Ron joined Aspentech in 2007, when he served as the company’s first industry marketing professional.

Now in his current role, Ron heads up a team that seeks to understand client needs and emergent trends, such as through its recent survey of EPC, and energy and chemical industries professionals, which sought to gauge attitudes towards sustainability and decarbonization. AspenTech’s findings found that such impacts were top-of-mind, particularly in Asia, Europe, and North America. In the case of the latter, 40 percent of respondents believed that sustainability represented an existential impact for their company. Meanwhile, 77 percent of companies believed that having a strong CO2-reduction strategy represented either a moderate or significant competitive advantage.

“Particularly in the US, the political outlook when it comes to sustainability remains fragmented,” Ron comments. “In that context, these findings are really fascinating. On the one hand, they demonstrate how government policies are capable of driving consumer behavior, be it incentives for driving electric cars, the installation of heat pumps, or otherwise. At the same time, we’re seeing the impact of major financial houses, with investment banks such as JP Morgan Chase and BlackRock taking a more active role in identifying sustainability risk factors, and scrutinizing their investment project on that basis. That, in turn, drives companies to report on their greenhouse gas emissions, if for no other reason than financial, and risk transparency.”

Despite the all-encompassing nature of the energy transition, Ron observes a significant divergence in strategic thinking when it comes to grappling with the change. “In the absence of upstream oil investment, US-based hydrocarbon producers such as Chevron and Exxon Mobil have established themselves among the largest global investors in carbon capture, as they seek to utilize their existing energy resources more effectively,” he argues. “By contrast, European-based companies such as Shell and BP are diversifying down the energy pathway, viewing their future as broader energy companies, as opposed to operating strictly within oil and gas.

“This evolution is being driven by the EU itself, where sustainability reporting is now a legal requirement,” Ron adds. “As such, the pace of digital investment has soared, as companies seek to gain a better understanding of their emissions footprint, and develop support systems to help them make decisions to move towards carbon-zero.”

According to Ron, it’s these digital technologies that hold the key to accelerating decarbonization of key industries. The majority of these fall under the umbrella of Advanced Process Control (APC), a broad range of techniques and technologies implemented within industrial process control systems, with proven ability to deliver energy savings of upwards of ten percent. For companies, such measures are a win-win: helping to reduce carbon emissions, while also driving enhanced profitability. 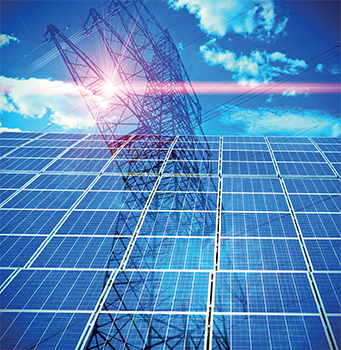 “Nowadays, almost every refinery has some form of APC installed, with exact application determined by profitability and emissions reduction,” Ron comments. “At the same time, more advanced companies are pioneering the integration of digital twins, dynamic optimization, and utility optimization, each of which deliver further energy savings.”

In tandem with the emphasis on decarbonization, another trend taking hold of industry is electrification. This, as Ron points out, is more than a matter of electric vehicles or domestic heat pumps, but involves the electrification of major chemical and industrial plants, by substituting fossil fuels for renewable alternatives.

“In the making of plastics, for instance, one of the basic building blocks are olefins, which consume a very significant portion of energy within the chemical value chain, through a process known as ethylene cracking,” Ron explains. “In Europe, pilot projects are already underway to test an electrified ethylene cracker, with large scale use a possibility within the next two decades. Exactly how fast that date arrives will largely depend on the incorporation of digital technologies, which once again have the potential to be huge accelerators as companies seek to roll out these and other energy-efficient processes.”

Any attempt to electrify industry isn’t without its challenges, such as regulatory issues, combined with an ageing international grid. “As it exists today, our grid was never designed to work in two directions,” Ron says. “Even many of the digital technologies that we’re now implementing were originally designed for a centralized grid. As rooftop solar arrays and batteries become more common, the question arises as to how we can use the grid more effectively, and what form the grid might have to take in the years to come if we’re to fully realize the potential that these technologies have to offer?

“If we’re hoping to achieve anywhere between 35-to-50 percent of vehicles running on electricity by 2035, then these are the kinds of innovations we need to pursue,” he insists. “Add to that the growth we’re seeing in the scale and number of cloud computing companies, which have already become very significant global consumers of energy, and the need for an intelligent grid is only going to increase.”

In particular, a growing uptake of artificial intelligence is expected to further accelerate the pace of change. “Looking beyond individual plants, and beginning to tackle questions such as how to optimize a network of plants across a whole country or region, you not only need proven optimization technologies, but you need to apply data in better ways,” Ron continues. “Introducing AI capabilities can help to achieve that, while also providing a solution to the growing shortage of experts who know how to intervene with operational software.

“Beyond that, we can expect to see far more transparency within the areas of carbon emissions and recycling,” he rounds off. “If a new fashion brand comes out with a new raincoat claiming to be made of 80 percent renewable plastic, technology will soon enable that to be tracked and reported. Similarly, at gas stations throughout North America, startups are harnessing the power of digitalization to offer different pricing options for gasoline containing varying proportions of biofuels, bringing unprecedented levels of dynamism to that product offering.”