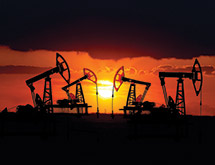 In 1969, Scientific Drilling International (SDI) made history when it introduced “The Eye,” the world’s first downhole electronic steering tool for wellbore navigation. This product allowed directional drillers to more accurately guide downhole motors in wellbores, and the success of the product allowed SDI to expand throughout the nation.

Today, the company continues to uphold its tradition of innovation, according to Vice President of Sales and Marketing Jayme Sperring.

Over the years, Scientific Drilling International has developed numerous innovative technologies that have earned the operation a strong reputation as one of the most forward-thinking independent service providers in the marketplace.

For example, SDI introduced the world’s first surface readout gyro tool in 1977, and it introduced its gyroMWD system in 2000. The gyroMWD combines gyro and magnetic drilling sensor modules in the same measurement-while-drilling (MWD) tool. Sperring says the company’s innovation is rooted in its nature as an independent service provider, and is one of the most significant advantages SDI brings to the marketplace as it serves energy and petroleum customers throughout the world.

The company was founded by engineer James Murray, who brought his expertise to bear on the development of The Eye and subsequent successful projects. The development of directional drilling and specialized memory production logging tools in the 1980s drove SDI’s expansion into international markets. In 1986, the company was acquired by the Van Steenwyk family, prompting further expansion of the company’s products and services, including SDI’s proprietary rate-integrating gyro for downhole.

Today, Sperring says SDI’s customers primarily are independent energy and petroleum operators, the majority of which are based in North America. Internationally, SDI services many multinational customers, especially in Latin America. No matter where it provides services, though, SDI faces some stiff competition. “We compete pretty heavily with the major companies within the wellbore servicing and directional drilling space,” Sperring says.

Declaring Independence
SDI’s innovative products are the main reason the company stands out from the rest of the pack, including some of the world’s biggest companies. Sperring says that innovation is a direct result of the company’s independence and relative size. “We’re the largest independent service provider in the industry,” he says.

That independence means SDI carries no debt, and its heavy cash position gives it a lot of freedom that other companies in the same space can’t afford. Not only does the company’s financial standing give it the ability to be agile and scalable during times of heavy market volatility, but it also provides SDI with the ability to internally fund all of its research and development. Sperring says this is the catalyst that leads to the company’s many developments and proprietary technology.

“Having an innovative and aggressive technology development group within SDI is vital to our success,” the company says. “As unconventional and conventional drilling gets more and more difficult, SDI professional engineers get better and better at finding innovative, cost-effective solutions that optimize performance.”

“Led by the Titan motor platform, SDI’s comprehensive suite of offerings is built for today’s most complex and challenging drilling conditions,” the company says. “The Titan series of drilling motors are compatible with the most common standard, extended and super-extended power section formats along with motors designed for air, mist and foam applications.”

In addition, the company also provides value-added services such as its Sci-Steer geosteering system, which uses MWD and LWD data combined with seismic data to provide a 3-D geological perspective of the drilling corridor in real-time. “Sci-Steer is a culmination of high-performance technology, reliable software and expertise tailored to deliver the optimal wellbore placement,” the company says. “It combines the petrophysical response of SDI’s downhole sensors and the geological interpreted environment.”

Another value-added service SDI provides to customers is the RigGRID service, which provides customers with remote access to real-time drilling activities and information through a web portal. “The service promotes a real-time collaborative environment for faster decisions, minimizing non-productive time on the rig,” the company says.

Long-Term View
Sperring says the company’s broad base of innovative technology is the key to its success in the global marketplace, especially as more of its customers move into shale developments where technology plays a vital role in helping them extract resources from the ground. He says the company continues to develop new technologies for other applications, as well. For example, SDI is close to commercializing a new type of gyroscopic surveying system that can be put to use at higher inclinations.

Despite the recent drop in drilling activity, Sperring says SDI’s strong financial position has kept it in a good position for the future by allowing it to continue to invest in further development. “Where we can weather the storm much more effectively than our competitors, we will,” Sperring says. “Where they’re slashing and burning budgets for new technology, we are taking the long-term view.”