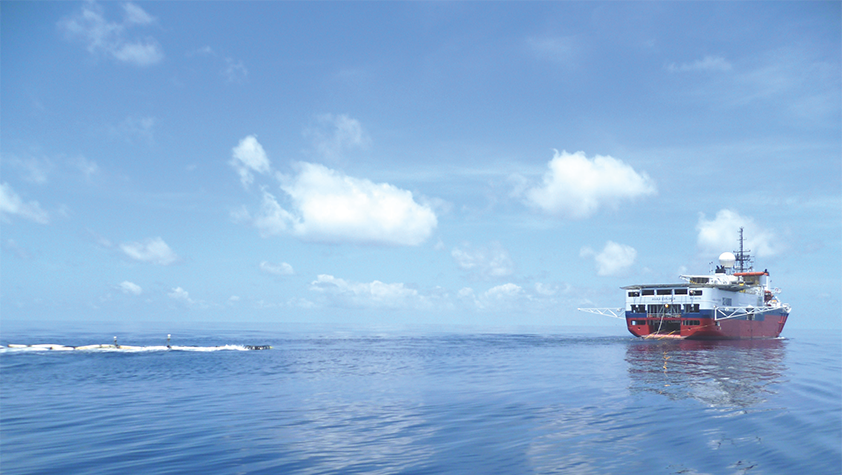 SeaBird Exploration PLC is a global provider of marine 2D/3D/4D seismic data, and associated products and services to the oil and gas industry. SeaBird specialises in high quality operations within the high-end of the source vessel and 2D market, as well as in the shallow water 2D/3D/4D market.

During 2012 a new management and streamlined organisation structure was instigated at the company and the Ocean Bottom Node division was sold to Fugro as part of an extensive financial restructuring of the business in 2011. A new board and management team is impacting performance and a new focus on long-term value creation and growth has been adopted.

The main focus for SeaBird is proprietary seismic surveys and it is a global leader in the 2D seismic market. The company’s 2D vessels are equipped with proven reliable 24-bit streamer and acquisition systems with a mix of liquid and solid streamers, with industry standard navigation (Concept Systems Spectra) QC packages (FGPS SeisPos Landmark ProMAX).

A recent expansion in streamer capacity allows for long offset acquisition with vessels capable of towing up to 12 km streamers. Furthermore, all SeaBird vessels operate under SeaBird’s SeaNet and SeaArc HSSEQ Management Quality Assurance System. SeaBird has patented, and is currently testing a streamer concept that opens up for towing single streamers up to 20 km length.

The fleet at SeaBird features nine vessels, all with their own unique capabilities. Indeed, SeaBird Exploration’s fleet of source vessels provides a versatile solution for its clients’ needs, from traditional undershoot operations to the latest Wide Azimuth acquisition techniques.

M/V Harrier Explorer is the newest vessel in the group, and she is now in full operation. In March 2013 SeaBird announced that it had negotiated an early termination of the current contract on the Harrier Explorer, was paid a cancellation fee, and that the vessel has been contracted to MultiClient Geophysical ASA (MCG). The contract is a completion of the Barbados multi-client survey started in 2012. Duration is estimated to be 30 days with an option to extend approximately 25 days. Total contract value for the firm period is about $3.8 million, including payment for the work carried out in 2012. Estimated contract value for the optional period is $1.9 million.

2013 has seen several other exciting contracts for SeaBird vessels. For example, the Osprey Explorer has been awarded a contract with estimated duration of about 30 days in West Africa, and estimated contract value of $2.6 million. The company has also seen a contract extension with Spectrum ASA valued at $30m, where the Hawk Explorer is being mobilised for the 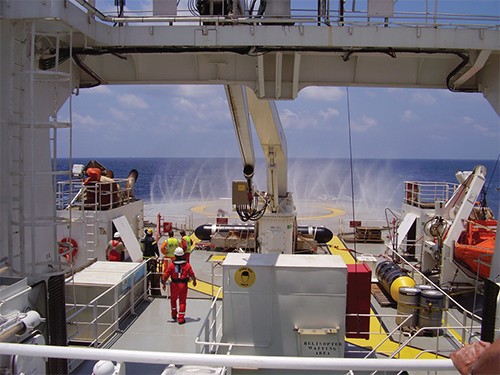 Pelotas survey in Brazil. The vessel will be working under the existing global framework agreement, and the survey is approximately 7500 km. SeaBird has a total contract backlog of about USD 100 million.

The company has chartered the 3D vessel ‘Geo Pacific’ from Fugro, through a subsidiary of Ordinat Shipping AS on a four-month time charter, which is intended to be converted into a three-year bareboat with four one-year options to extend the contract. Ordinat Shipping AS is the largest shareholder in SeaBird. The vessel is fully equipped and will be a valuable addition to SeaBird’s 3D capacity. The Geo Pacific will be SeaBird’s second 3D vessel, in addition to the Voyager Explorer.

Providing clients with cost-effective seismic data acquisition solutions is one of SeaBird’s stated business goals, and SeaBird Group’s management structure has been carefully designed to support these ambitions. The management also works to facilitate effective communications among stakeholders (i.e. shareholders, directors, management, suppliers/contractors, government/regulators, employees, and the community), as well as streamline logistic relations among its worldwide offices: Limassol, Cyprus; Oslo, Norway; Dubai, UAE; Houston, TX, US, and in Singapore.

Another of the top priorities for SeaBird’s managers is the promotion of efficient and safe seismic and marine operations in compliance with its Health, Safety, Security, Environment and Quality (HSSEQ) system.

The organisation’s management system (MS) has been independently audited against and is based on the OGP guideline for Developing and Application of an HSE MS. The principle and structure of its key elements focus on the continuous improvement cycle.

This MS has been fully implemented across its fleet, offices and at all sites, and is the backbone of SeaBird’s commitment for improvement; it is also fully integrated with its Maritime requirement of the ISM code. SeaBird operates one MS for all its employees to ensure 100 per cent consistency, compliance to applicable standards and benefit to its clients and stakeholders.

The MS was also audited against and accredited ISO 9001 and 14001 in September of 2010. These standards are fully conversant with the MS and echo the continuous improvement cycle, with the process referred to as ‘Plan – Do – Check – Act’ – an iterative four-step management method used in business for the control and continuous improvement of processes and products. The implementation of all these strategies underpins the main principle of SeaBird’s approach: to maximise exploration and production success for its clients.