Founded with a mission to produce energy through wind power and to carry out marketing, research and development relating to wind power generation, Suomen Hyötytuuli Oy is owned by shareholders that comprise eight major Finnish energy companies. Across its operations, Suomen Hyötytuuli has significantly promoted Finnish wind power production, and was the first company in the country to introduce a megawatt-scale wind farm.

“Suomen Hyötytuuli was established in 1998, and the first one megawatt turbines were built in Pori, Finland, during 1999,” explains Managing Director Toni Sulameri. Since then, the company has grown into one of the most important Finnish companies within the field of wind power with two wind farms in Raahe, Northern Ostrobothnia, including Kuljunniemi wind farm, Nikkarinkaarto wind farm that will be inaugurated during summer 2016, and the Reposaari wind farm in Pori. 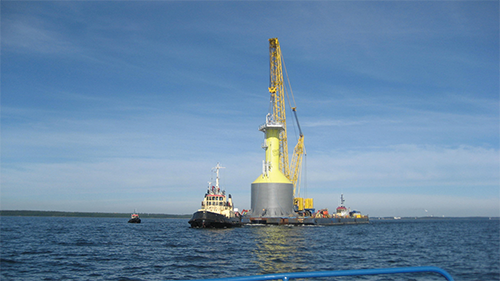 Suomen Hyötytuuli expects wind power production to continue to expand into the sea due to better wind conditions and the possibility of building large-scale offshore wind farms. The project is feasible in terms of its technical requirements, as the area has excellent infrastructure and wind conditions.

Doubling the production
Suomen Hyötytuuli is currently commissioning a wind farm comprised of ten wind turbines in Nikkarinkaarto in the city of Raahe. The wind turbines were delivered by Vestas Wind Systems. The erection of the turbines started in March this year, and the production is due to commence during June. The Nikkarinkaarto wind farm will be connected to the local energy grid using technology from ABB.

As of summer 2016, Suomen Hyötytuuli will produce at total of 71.6 MW of wind power with Reposaari producing 17.9 MW, Kuljunniemi generating 20.7 MW, and Nikkarinkaarto delivering a further 33 MW.

Wind power is widely considered to be an important part of Finland’s energy future, and during the next two years Suomen Hyötytuuli plans to introduce 110 MW of wind energy, with the realisation of this target progressing well.

Potential renewable energy form for Finland
“As a company, we see the role of wind power in Finland as being very important. In comparison to other renewable energy forms, wind power undeniably has some of the most potential in helping to reach climate targets within the region. For example, there is an EU target to reduce greenhouse gases by 40 per cent between 1990 and 2030 which will increase the share of renewable energy to at least 27 per cent, while the carbon neutral Finland objective targets to reduce greenhouse gases by even 95 per cent from the 1990 level to 2050. There is also a national wind power production target of six TWh by 2020, and nine TWh by 2025,” Sulameri says.

“Currently Finland does not have enough of its own energy production, and old capacity is being taken out of use, which means that there will be a great need for new renewable energy production. Which part of that will be comprised of wind energy remains to be seen. Bioenergy is also a significant alternative for Finland.”

Plans to increase capacity
During the coming years, Suomen Hyötytuuli will continue in its mission to further Finland’s renewable energy capacity through the development of new wind farms. For example, the company is also planning a wind farm of ten wind turbines in Annankangas in the city of Raahe. Current and future projects, combined with the advantage of being owned by eight of Finland’s leading energy companies, will ensure that the company will remain a key player in the country’s energy future.

“Over the next 18 months, we will focus on building new wind power capacity. During the same period, we will plan further projects while taking into consideration that national subsidies for renewable energy producers are currently going through major changes, which raises some questions over the future energy price.”