Skip to content
You are here:Home » Taking a quantum leap
Features 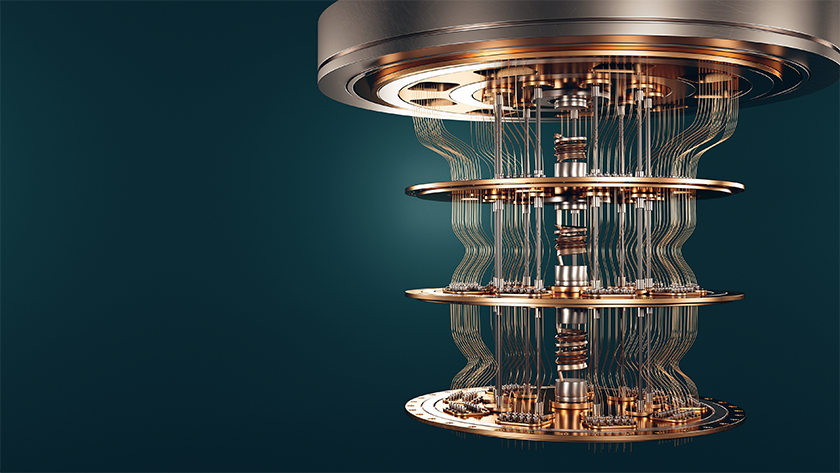 BP has an ambition to ‘reimagine energy for people and our planet’ by helping the world to reach net zero carbon emission targets. But to achieve this will mean new materials for solar and wind farms, breakthroughs in battery technologies, optimization of energy markets and networks, and autonomous intelligent systems.

The calculations required for such a radical and rapid reimagination are beyond even the most advanced current computers. However, they are what a quantum computer promises to do without breaking a sweat.

Quantum offers a growth and scaling of calculating power beyond the limitations implicit in Moore’s law that the number of transistors on an integrated circuit will double every two years. As everyone is noticing with increasing discomfort, circuit space is getting awfully tight. Quantum has no similar constraints.

Another advantage from quantum power is that it comes without the embarrassingly high energy consumption associated with processing data using conventional computers.

But the crucial distinction is in form: Quantum computing is fundamentally different, a revolution not an evolution. It works with completely new rules, architectures and programming languages. And these are what mean that new problem-classes, such as those facing BP, can be addressed.

For example, direct quantum simulation of complex biological chemistry, which is not possible with conventional computers, will change the face of the pharmaceutical industry by removing a need for lengthy clinical trial.

There are other good reasons to go quantum. The workload on existing high-powered supercomputers is rising, particularly as artificial intelligence and autonomous robotic control and manufacturing are adopted. Computers now need to not just keep up with vast volumes of data, but adapt to new rules of engagement with it. Quantum has a big part to play in this transition, not least because its own architecture works in ways that mirror nature.

The basic unit of quantum computing, a qubit, can be made in various ways. The most common involve a ‘superconducting’ current within circuits maintained at temperatures colder than deep space and shielded from magnetic fields. Yes, this is as finickity and fragile as it sounds.

An alternative involves photonics and uses light to transmit information. This comes with the added advantage that photonics is already the backbone of high-performance computing and offers the best chance of integrating quantum computing with conventional computational systems, which is a crucial problem to overcome. Currently, that fusion is not possible.

But when it is integrated, light is not only freely available as a resource, but far less picky than a superconducting qubit about its environment. There is no freezing, for example

An accepted wisdom is that quantum computing based will involve a million qubits to work, with platforms the size of a warehouse or football stadium.

Photonics is going to be the only way to transmit quantum information from one side of that ‘stadium’ to the other. For all other platforms, the information decays too quickly and needs to be kept at very cold temperatures or very high levels of vacuum. This means it will be exceptionally difficult to connect and network non-photonic quantum systems.

The first useful quantum computers are nearly with us and are even now being applied to real commercial problems.

There remain some significant obstacles before quantum computers come close to displacing traditional ones, particularly around scaling and how the number of qubits can be increased without introducing errors as they complete a calculation

However, the problems are being overcome. The question is not whether quantum computing will be available, but when. BP is one of the world-class companies with big, complex problems to solve now embracing the potential for quantum to open new calculating horizons and meet corporate needs. We are only at the start of that journey. It will be a thrilling one.

RICHARD MURRAY
Richard Murray is CEO and co-founder of ORCA Computing. ORCA is pioneering a breakthrough approach to photonic quantum computing. The company’s platform is the first to include a ‘quantum memory’. This allows quantum computers based on single photons (units of light) to become scalable. Photonic quantum computing has significant advantages over other approaches, providing simpler schemes for error correction without complex infrastructures, such as those necessary to maintain supercooling and vacuum. The novel quantum memory storage of quantum information reduces errors so that fewer components are needed to run the computer. It is what allows ORCA to build photonic quantum computers in optical fibre. ORCA is working with BP in a project titled ‘The quantum data centre of the future’. This £11.6 million project, funded by Innovate UK, is the largest UK government quantum project to date. It will coordinate with 12 other companies to deliver quantum architectures that can be integrated within current data center and HPC infrastructure.
For further information please visit: www.orcacomputing.com